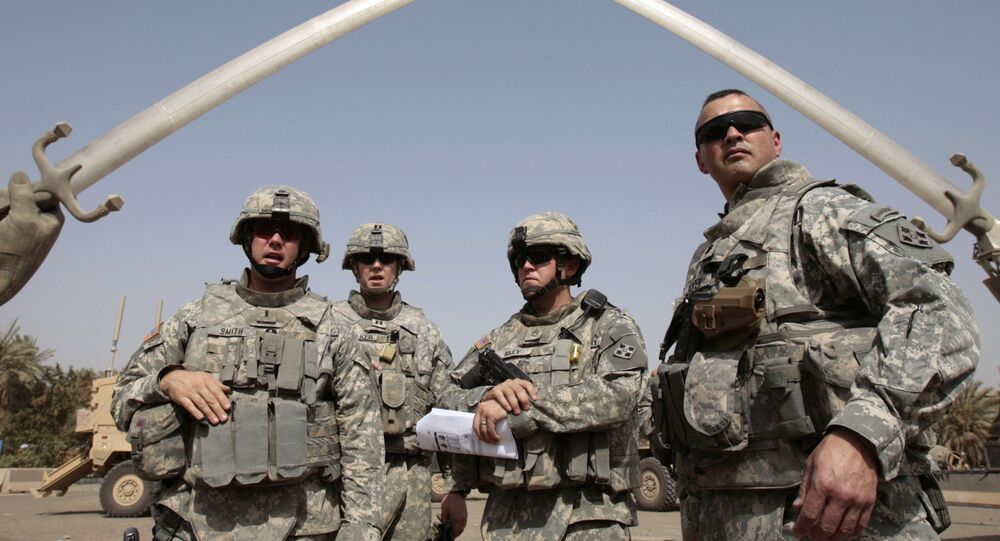 As the 16th anniversary of the US invasion of Iraq passed on March 19, some US government officials who helped sell the war to the American public tried to paint over their actions, portraying the war as an unfortunate accident.

On Tuesday, Ari Fleischer, the former White House press secretary for President George W. Bush from January 2001 to July 2003, took to Twitter to try to dispel some common beliefs, including that the Bush administration had lied about Iraqi President Saddam Hussein's possession of weapons of mass destruction, which the US used as casus belli.

After the war, a bipartisan group was created to determine what went wrong, particularly why the intelligence community's conclusions about Iraq were so different from what was found on the ground after the war.

​Fleischer tried to recast the war as a consequence of "misjudgment" by the intelligence community, a mistake caused by believing faulty sources, along with "flaws in analysis and the paucity of quality information collected."

The primary reason for this misjudgment was the Intelligence Community's heavy reliance on a human source--codenamed "Curveball"--whose information later proved to be unreliable.

​However, the war led to the deaths of hundreds of thousands of Iraqis as well as thousands of US soldiers, and the war had cost US taxpayers roughly $2 trillion by 2013, according to a Costs of War study published at the time. US troops withdrew in the final days of 2011, after having fought a brutal war for eight years to pacify a native insurgency.

Radio Sputnik's Loud and Clear spoke with Kathy Kelly, co-coordinator of Voices for Creative Non-Violence, on Wednesday. Kelly, who was in Iraq during the "shock and awe" bombings that heralded the opening of the US air war, told Sputnik that the US war against Iraq was actually its longest war, really beginning not in 2003, but in 1991 with Operation Desert Storm.

​Kelly said one major reason for the Iraq War was articulated by leftist intellectual Noam Chomsky, who she recalled speaking at her college when she was a student. "I remember him saying that ‘the United States has communicated to every country around the world that if you do not subordinate yourselves to fulfill our national interest, we can eliminate you.'"

"I think a second reason was of course to be able to fulfill the aims and goals of the weapon-makers, of the weapon-sellers," Kelly said, "I mean, how are they going to sell their huge weapons systems if there's not a war?"

From the destructive bombings of Desert Storm through the heavy economic sanctions of the 1990s, which caused the deaths of at least 500,000 Iraqi children, "the destruction that the United States has caused in Iraq simply was never anything that could be considered other than a series of war crimes using conventional weapons against a civilian population, and then certainly the brutal punishment, particularly of children and sick people and elderly people."

"The other part to the story," Kelly said, "is that the world came closer than ever before to stopping a war before it started, in terms of the shock-and-awe bombing."

Kelly said that British Prime Minister Tony Blair charged headlong into the conflict out of fear that an impending International Atomic Energy Association (IAEA) report would have cast such considerable doubt upon US claims that Iraq was secretly harboring weapons of mass destruction that he would have been forced to abandon the crusade.

"If all of the people in their millions who had turned out to protest against that war would have ‘hung tight,' if you will, would have stayed in the streets, would have kind of done what was done in the Arab Spring in so many different capitals in the Arab world — just sat down and said, ‘We're not going to budge' — I think it's very, very possible that they wouldn't have been able to start that war before a United Nations document was filed that said, ‘There are no weapons of mass destruction.'"

"I think the lesson for us is to take very, very seriously the ongoing and horrific consequences of the United States wars and what a different world it could be today if people had been able to prevent that war," Kelly told hosts John Kiriakou and Walter Smolarek.

City in Ruins, Attempts to Start Over: How Iraq’s Mosul Lives After Liberation