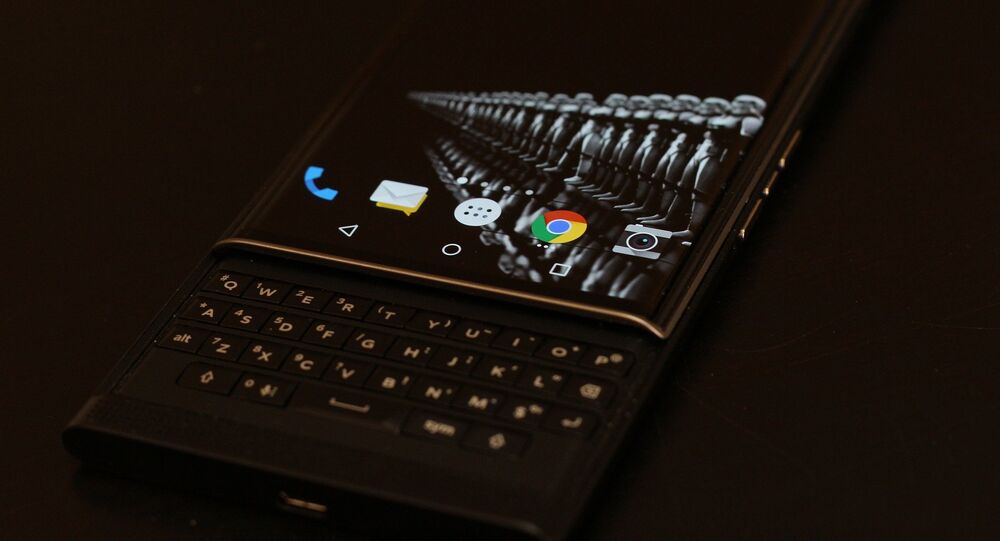 Simon Tsipis, a security analyst at the Institute for National Security Studies (INSS) in Tel Aviv, confirmed this information to Sputnik, but noted that the phone hack occurred much earlier than was made public by the media:

"It's true that Benny Gantz's phone was hacked. However, it is important to note that all telephones, computers and other means of communication of such people as the chief of general staff of the Israel  Defence Forces, who Benny Gantz was, as well as politicians holding government posts or running for elections, are supervised by a special department of Shabak that controls electronic communication of state officials.

Benny Gantz was repeatedly warned that important confidential information could not be stored on a personal phone. I want to believe that Benny Gantz, as the former chief of general staff of IDF and a candidate for the post of prime minister, took note of this. Benny Gantz himself gave a small comment on this matter, saying that his phone did not have any secret documents that could be used by Iran to harm Israel's state security. There were only family photos. Therefore, Benny Gantz feels quite confident".

The expert explained that there's a monitoring period of high ranking officials by Israeli security services that lasts for several years after they leave their posts:

"In Israel, there is a certain practice when people, who have held high positions such as a minister of defence, chief of general staff, heads of Northern and Southern Command, after leaving their military service, for several years continue to be the surveillance of the intelligence agency (Shabak). During this ‘cooling period', as it is called it in Hebrew, they have no right to give interviews or write books.

As Shabak explained, the cooling period had long passed and Benny Gantz couldn't have important secret military information on his mobile phone, which could harm Israel if obtained by the enemy".

Mr Tsipis noted that one shouldn't believe reports that media allegedly loyal to the Israeli prime minister, which disclosed the phone hacking of Benny Gantz, had acted together in an information campaign against Netanyahu's rival in the upcoming elections.

"You shouldn't believe speculations that supposedly this news about the hacking was a planned information campaign on the eve of the elections in order to hurt Benny Gantz. I personally have big doubts that such an organization as Shabak would become involved in political games. Therefore, I don't think that releasing information about hacking to the public is a deliberate [information] leak during the election campaign period".

According to Simon Tsipis, Iran does not have such resources to independently hack a device, which one way or another was supervised by the Electronic Security Department of Shabak. The security analyst believes that the hacking of General Gantz's phone was made by hackers who have only some relation to Iran, but not by the Iranians themselves:

"Today practically any state has the capability to carry out such cyber-attacks. This attack wasn't perpetrated by Iranian hackers. Today, such attacks can be bought from very highly qualified specialists. Therefore, the hacking of Benny Gantz's phone was done by foreign experts on the orders of the Iranian government. I am pretty sure that this attack was not carried out by Iranian hackers. It is necessary to hack the protection of the company that manufactured the phone (Samsung, Apple), and it is very difficult. Then you need to hack the Israeli mobile operator, which is very serious about the security of its customers. Israel is one of the world's cybersecurity powerhouses. A hacker needs to crack a two-tier security system to access data on the phone. This can only be done by a high-class professional. I am sure that in this case, it was foreign, not Iranian, hackers who did the hacking", the expert concluded.