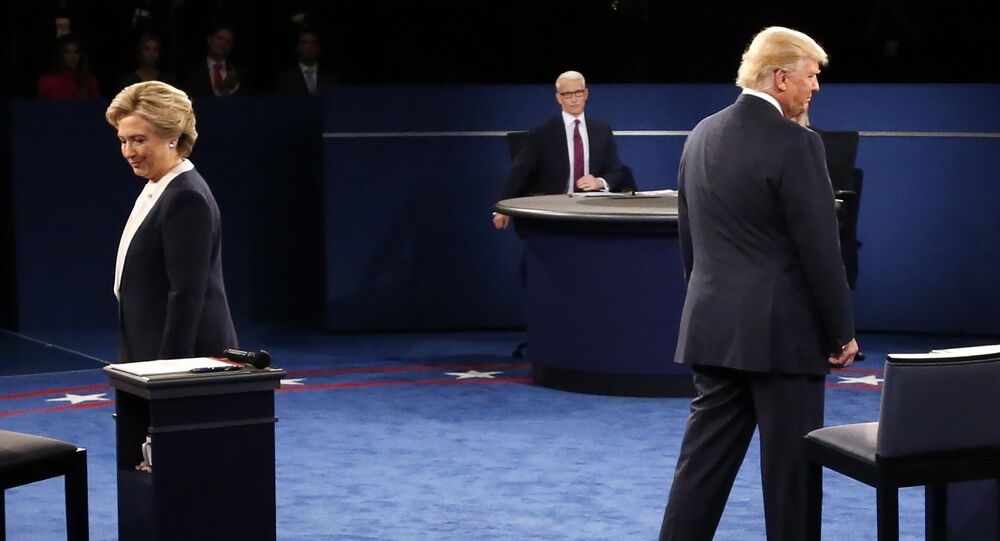 While Donald Trump's antagonists pin their hope on Special Counsel Mueller's report to deal a political blow to the US president, a series of bombshell exposures have been released over the last week casting a shadow on the Mueller probe and raising further suspicions about the alleged "collusion" to unseat Trump.

As the end of Special Counsel Mueller's investigation into the alleged Trump-Russia "collusion" nears, new disclosures involving Democratic policy makers, the Federal Bureau of Investigations (FBI) and the Department of Justice (DoJ) are continuing to surface.

Mueller's 'Pit Bull' Weissmann in a Heap of Trouble

On 14 March, it was reported that Andrew Weissmann, one of the prominent members of Mueller's "squad" was stepping down, which is seen by the US media as a clear sign that the special counsel has all but wrapped up his probe.

However, it appears that Republican lawmakers are unwilling to "let him go". On 1 March, Reps. Mark Meadows, R-NC, and Jim Jordan, R-Ohio wrote a letter to Attorney General William Barr urging him to look into Weissmann's "imparity and independence" as a senior member of the special counsel's team.

© AP Photo / Charles Dharapak
Intelligence Community Veterans Blast Mueller's 'Forensic-Free Findings'
According to ex-Associate Deputy Attorney General Bruce Ohr's testimony, before the Mueller probe was launched in May 2017 Weissmann and his counterpart Zainab Ahmad had been informed that the much-discussed dodgy "Trump dossier" compiled by former MI6 agent Christopher Steel was "biased" and not properly vetted.

Meanwhile, on 5 March, US lawyer Margot Cleveland announced that at a request, made on her behalf, a federal district court judge in Texas unsealed records of a case headed by Andrew Weissmann that exposes the latter's "intimidation" practice towards witnesses.

"Now, President Trump has his first real attorney general who likely would not allow Weissmann's abuses, and thanks to the good work of two lawyers — Margot Cleveland and "Techno_Fog" — a Houston court has finally unsealed old evidence proving Weissmann's egregious threats against witnesses. The disclosure this week of Bruce Ohr's testimony also implicates Weissmann in a world of problems", former Federal Prosecutor Sidney Powell wrote on 15 March for The Daily Caller.

On the same day Weissmann was reported to step down, a court deposition transcript of David Kramer, a former State Department official and close associate of late Arizona Senator John McCain, was unsealed disclosing that Kramer had provided a copy of Steele's dodgy dossier to at least a dozen MSM reporters and a number of US government officials.

Previously, McCain insisted that he passed the collection of Steele's unclassified memos to nobody but then FBI chief James Comey. Kramer was deposed in December 2017 as part of a libel case against BuzzFeed for publishing the dossier.

​"Sir Andrew Wood, a former British diplomat, first briefed Kramer and McCain in November 2016 on the dossier, authored by Steele. Kramer flew to London on 29 November 2016 to meet with Steele. The next day, in the US, he obtained a copy of the dossier from Simpson. On 9 December 2016, McCain briefed then-FBI Director James Comey on the salacious report", The Daily Caller elaborated on 14 March.

According to Kramer, Steele and Fusion GPS founder Glenn Simpson sought to pass the dossier to the FBI through him and McCain.

The Washington Post revealed on 24 October 2017 that the Clinton campaign and the Democratic National Committee (DNC) had helped fund Fusion GPS research about Trump's alleged ties with Russia. Fusion GPS was paid $1.8 million through law firm Perkins Coie which represented both the Hillary Clinton campaign and the DNC. For its part, Fusion GPS hired former MI6 agent Steele and his firm Orbis Business Intelligence to do the job.

However, the facts unearthed last week cast doubts on Steele's "professionalism". On 14 March a federal court unsealed 43 pages of a July 2018 deposition that the former British spook had given as part of the defamation lawsuit against BuzzFeed.

The former MI6 agent confessed that while compiling his much-discussed dossier he relied upon a "random" article posted to CNN's old iReports website designed for "citizen journalism" among other sources.

As Fox New emphasised, the CNN iReport disclaimer had said: "The stories submitted by users are not edited, fact-checked or screened before they post".

"Do you understand that CNN iReports are or were nothing more than any random individuals' assertions on the Internet?" the former British spook was asked.

"No, I obviously presume that if it is on a CNN site that it may has [sic] some kind of CNN status", Steele answered. "Albeit that it may be an independent person posting on the site".

© AP Photo / Carolyn Kaster
Benghazi: Scandal 'Far Bigger Than Watergate' Still Haunts Clinton – Analyst
Among other issues, the interview revealed that although the FBI mulled over charging ex-Secretary of State Hillary Clinton with "gross negligence" under 18 U.S. Code § 793 for using her unsecured private servers for government business and mailing classified information, the Obama administration somehow pushed the agency not to stick to this description.

"When you say advice you got from the Department, you're making it sound like it was the Department that told you: ‘You're not going to charge gross negligence because we're the prosecutors and we're telling you we're not going to'", Republican Texas Rep. John Ratcliffe asked Page.

"Testimony provided to Congress from former FBI lawyer Lisa Page reveals contradictions as to when she learned about former British spy Christopher Steele's anti-Trump dossier, sheds light on the 'insurance policy' and exposes the Obama Justice Department's decision not to charge Hillary Clinton with allegedly violating the Espionage Act", American investigative journalist Sara Carter summed up on 13 March, commenting on the issue.

On 15 March, a newly released transcript of former FBI special agent Peter Strzok's interview delivered during his closed-door appearance before the House Judiciary Committee on 27 June 2018 revealed that due to a "negotiated consent" between the DoJ and Hillary Clinton legal team the FBI had been prohibited from getting access to the Clinton Foundation-related emails during the Clinton email probe in 2016.

© REUTERS / Jim Bourg
FISA Scandal: Wall Street Analyst on 'Clinton Machine' and 'Omnipotent' FBI
According to Strzok, the Foundation-related emails were "on one of the servers, if not the others".

"Were you given access to [the Clinton charity] emails as part of the investigation?" Judiciary Committee General Counsel Zachary Somers asked.

"We were not. We did not have access. My recollection is that the access to those emails was based on consent that was negotiated between the Department of Justice attorneys and counsel for Clinton", Strzok responded.

As Wall Street analyst Charles Ortel, who has conducted a private investigation into the Clinton Foundation for over three years, pointed out, the charity had repeatedly been the subject of FBI inquiries into the alleged fraud and pay-to-play schemes but somehow used to get away with it.

It raises serious questions as to why the bureau was prevented from looking into the charity's email exchange amid the Clinton Foundation investigation being under way.

Ex-FBI agent Strzok was fired from the bureau after a prolonged inquiry into anti-Trump messages he exchanged with former FBI attorney Lisa Page, his alleged mistress.