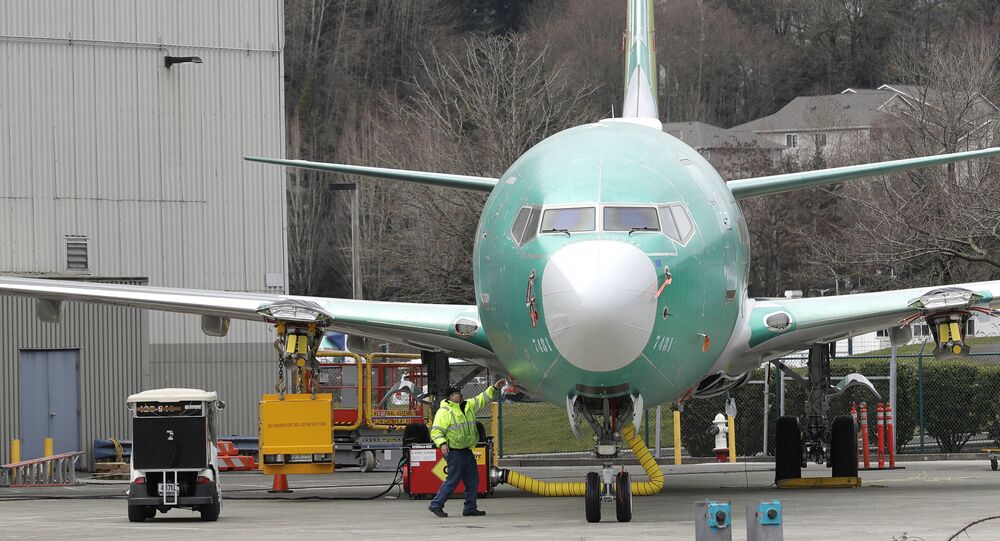 Airlines, pilots and passengers across the world are shaken up by the latest aviation catastrophe, with many countries banning Boeing 737 Max 8 aircraft from entering their airspace.

China imposed a ban on the operation of these aircraft (there are almost 100 of them in the country), the EU, Brazil, and Mexico also did so. Russia, United Kingdom, Australia, Oman, and India closed the airspace for these vehicles. The Civil Aviation Authority of Vietnam (CAAV) announced that it would not accept airline applications for the issuance of operational certificates for the Boeing-737 MAX 8 until the full explanation of the causes of the Ethiopian flight crash is provided.

© REUTERS / David Ryder
UN Personnel to Avoid Flying Boeing 737 MAX – Spokesman
Russian S7 Airlines has announced that it would temporarily suspend the operation of Boeing 737 aircraft of the entire MAX family until it receives detailed information about the investigation into the causes of the crash of Ethiopian Airlines aircraft. Another Russian carrier, UTair, will refuse to buy Boeing 737 MAX 8.

With regard to the tragedy at Addis Ababa, they also remembered the crash of the same aircraft in Indonesia in October 2018, which cost the lives of 168 passengers and all crew members. Moreover, both accidents occurred in the same way: on take-off. The vehicles suddenly came out of control and, falling into a steep dive, and ultimately crashing.

According to Flightradar24 on the morning of 14 March, all Boeing 737 MAX aircraft of modifications 7-10 are on the ground. There is not a single such craft in the sky. What could be wrong: construction errors, onboard electronics problems, serious violations of the operating rules, insufficient qualifications of pilots or something else?

Sputnik has discussed the issue with aviation expert Makar Aksyonenko, a Moscow-based military expert and a seasoned air force pilot.

"Finally, the “sacred cow” of the world aircraft industry — the Boeing Corporation — has been found to have problems with the quality of its products! The last two cases in six months are no longer an accident. And even before that, there were no less salient cases. If you count only Russia, then this is a Boeing accident of a Dubai airline company at the Rostov-on-Don airport, a Boeing catastrophe in Kazan (where the son of the Tatarstan Republic President was killed). Then everything indiscriminately was blamed on the pilots that they could not fly. The investigation was diverted from a software error in the Boeing 737 control software, from possible problems in the design of the stabilizer and its control system (when there is jamming in one of the elevation rudders and thus there occurs pitch departure of the aircraft). Until now, all this has been successfully “put down” by the Boeing’s lobby (both in Russia and abroad). Now, the public outcry and the risk of losing the competition to the same Airbus have put the Americans in a tight spot. They will have to solve long-standing issues of reliability of the latest models of Boeing liners. A vivid illustration of this is the issues with the safety and commissioning of the “Dreamliner” and the reliability of the 737 MAX model. I recall that both models were developed in an incredible rush, in pursuit of the Airbus", Aksyonenko said.

Views and opinions expressed in this article are those of Makar Aksyonenko and do not necessarily reflect those of Sputnik.