Pak Ex-Envoy on Dogfight With India: We Used JF-17 Jet Made Jointly With China

New Delhi has exposed Pakistan’s nuclear bluff, Indian Finance Minister Arun Jaitley said on an Indian TV channel, as cited by the Hindustan Times. Sputnik has discussed the statement with Asif Durrani, former Pakistani ambassador to Iran and the UAE, who also served in India, Afghanistan, the UK and the Pakistan Mission to the UN in New York.

Sputnik: Meanwhile Pakistan’s Foreign Office says that India’s claims about F-16s are aimed to satisfy Indian domestic audiences. Is this the case?

Asif Durrani: We didn’t use the F-16s; we, in fact, used JF-17 Thunder, which is made by Pakistan and China in joint collaboration. So, it is all wrong; [it is] propaganda by the Indians. While they have been engaging in this kind of propaganda, it has not served their purpose and if they want to do it, by all means they can do it.

Asif Durrani: Between Iran and Pakistan, we’ve had this problem because they also have a problem in Balochistan. We have problems in our Balochistan. And on both sides, the Baluch people they straggle both sides of the border. Under the easement rights whereby both sides, the divided sides, can travel to each other within 60 kilometres of the border. So, we understand what Iran is trying to say. But we also have some complaints, which have been addressed. And let me tell you also that in the past whenever if someone was involved from our Balochistan, we had this connection; and if there were some Iranian Baloch who were involved and took shelter in our Balochistan; those were apprehended and handed over to the Iranians. So I think we both understand what we are talking about; and yes, the IRGC commander has spoken about something in harsh words, we have registered that but we have told Iran our point of view through the diplomatic channels.

Sputnik: During his campaign Pakistani Prime Minister Imran Khan said that he wanted to improve ties between New Delhi and Islamabad. How do you think relations will develop under Prime Minister Khan? 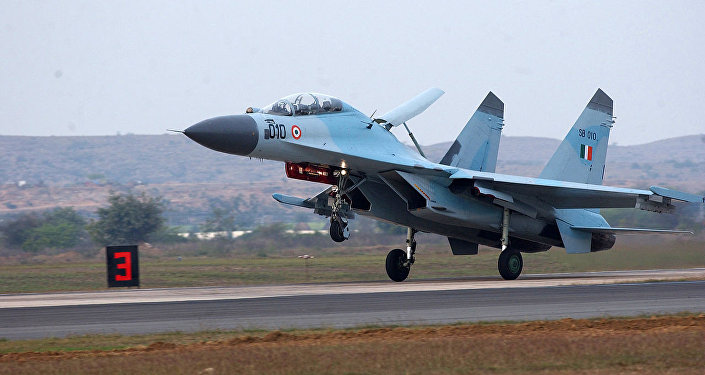 © CC0
India to Build Over 100 Blast Pens for Fighter Jets Near China, Pakistan - Reports
Asif Durrani: Well, Prime Minister Khan has been forthcoming in improving relations with India; he said that if India takes one step, we’ll take two. And I think he stands by that. He again offered India to have a dialogue. And in fact, he also after the Pulwama incident he tried to contact the Indian prime minister twice but there was no response from the Indian side.

So, from our side, I think we are open to discussion, any kind of discussion; but unfortunately, India has been pushing their shoes under the carpet and the reason is well known – because they have lost their case in Kashmir. Now in Kashmir, unfortunately, they have done so much atrocities that even Kashmiris don’t want to be called Indians. And they want that their elders, Indian elders, make a promise for a plebiscite, India should fulfil those promises. Mr Modi, as prime minister, cannot visit Kashmir. Even if he visits, he is a lone man. He is a politician. He cannot address a hundred people in Kashmir. […] So, this is the situation on the ground.