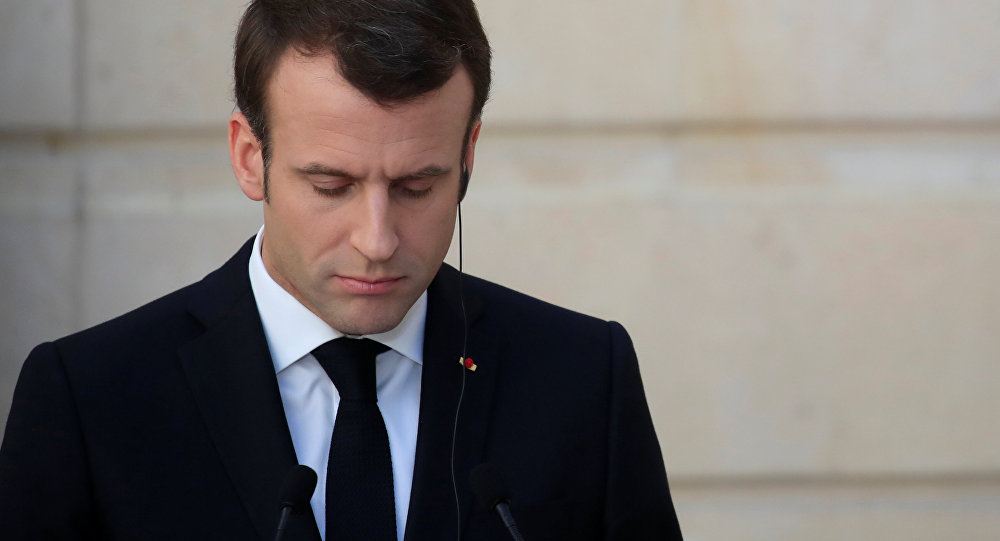 Has Macron’s Great Debate Achieved What it Set Out to Achieve at the Beginning?

It’s thought that some 28,000 to 90,000 people took to the streets across France on Saturday to voice their discontent with the policies of President Emmanuel Macron which they see as putting corporations before working people.

The movement’s organisers have planned an event next weekend to coincide with the end of the President’s Great Debate – a three-month consultation programme which was designed to quell the protests and give the French people opportunity to raise their grievances with the French government at gatherings in local town halls across the country.

Given the continued protests, however, it’s not clear how effective this consultation programme has been.

Sputnik spoke to Professor Gino Raymond from the University of Bristol, and asked him if Macron’s Grand Debat consultation had achieved what it set out to achieve at the beginning…

Sputnik: Will Macron's Grand Debat consultation have achieved what it set out to achieve at the beginning?

© Sputnik / Michael Metzel
Macron is Smart Enough to Understand Globalisation Didn't Benefit Everyone in EU - Scholar
Gino Raymond: Well I think it's drawn the sting to a certain degree from a number of his critics, because man called Sebastien Lecornu — the equivalent of a local government minister- was on media at the weekend talking about the Grand Debat and the fact it was coming to an end on the 15th of March. But he quoted some statistics which were quite interesting; the fact that there were over 10,000 meetings across the country, the local mayors who it was thought would snub the whole process actually got involved and organised over two-thirds of the meetings; you had a lot of meetings, contributions from over 1.4 million citizens.

So it did defy some of the more cynical or pessimistic observations about the Grand Debat. To a certain extent, in statistical terms, it was a success for Macron in restoring his image since the start of the Gilets Jaunes movement, four months ago now.

Sputnik: Has the Gilets Jaunes movement lost momentum or does the fact it has continued into its 17th week and has branched out and gathered more international support mean that it is here to stay? 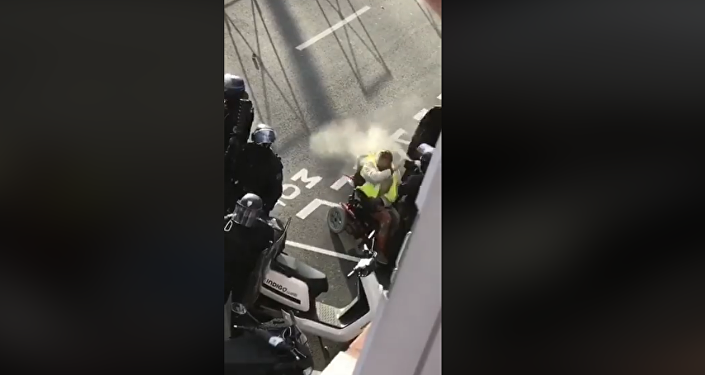 Facebook/MarinePnose
WATCH: French Cops Pepper-Spray Yellow Vest Protester in Wheelchair
Gino Raymond: Their great hope was to create a kind of 'convergence', to bring together various interest groups, various parts of civil society, who are all unhappy or dissatisfied with the way the government is managing France's affairs under the leadership of Macron. That convergence hasn't really happened and you can see in the statistics, for example, this Saturday the 9th March the numbers of Gilets Jaunes according to some estimates was down to about as 28,000 and in Paris there were only 3000. So they've come down a lot since the days of November when they could have 300,000 people out on the streets.

So the convergence hasn't happened, the way certain extreme groups have attached or piggy-backed on the movement has had a very, very negative impact on the Gilets Jaunes, or the image of the Gilets Jaunes. So the grievances haven't gone away, they're still there, but that image of extremists attaching themselves, of the failed convergence has in a sense diminished the profile and the attractiveness of the movement. Now you're right — there's a kind of Gilets Jaunes phenomenon occurring elsewhere but the national specificities are different so it remains to be seen to what extent that remains a kind of permanent mobilisation.