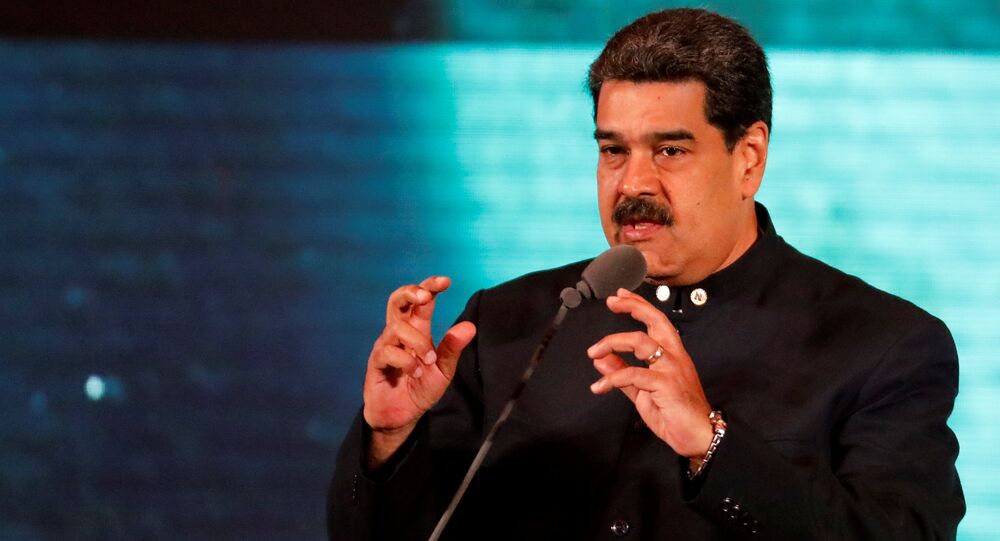 Venezuela’s president, Nicolas Maduro, has hailed the nation’s armed forces for its loyalty and defeat of a US-led coup. Sputnik has discussed this with Alfred de Zayas, a former UN rapporteur to Venezuela and professor of law.

Sputnik: We have heard Nicolas Maduro hailing the armed forces saying that they've helped defeat a US-led coup, do you think it's a bit too soon, do you think Venezuela is really out of the woods so to say and safe from any future outside intervention?

Alfred de Zayas: Well, certainly the United States is not giving up. I mean the bonanza of oil and gold and bauxite and cotton of Venezuela is much too attractive. So the drive to get Guaido into the driver's seat is not going to stop, and this electric blackout of Thursday is not going to be the last one. It reminds me very much of the electric blackout in Chile which was organised by the United States and, of course, by the Chilean opposition to Allende on 14 August 1973; that was four weeks before the coup d'etat of Augusto Pinochet. So it's quite clear that the United States is going to continue increasing the pressure and that Guaido, of course, is Washington's man in Venezuela, and he will continue gathering his supporters against Maduro.

© AFP 2021 / Raul ARBOLEDA
US Government's Lies on Aid Trucks "Torched" by Venezuela's Maduro EXPOSED
I remind listeners that this kind of subversion of foreign governments is nothing new. Stephen Kinzer wrote already in 2006 a book called "Overthrow". Stephen Kinzer was a very prominent New York Times reporter and in that book he documented the United States' overthrow tactics whether it'd be in Haiti or the Dominican Republic, or Guatemala, and Honduras, and Panama, and Grenada, and so on and so forth. So it's not anything new.

Sputnik: You've just mentioned all the similarities in the US overthrow tactics in other instances in other countries, do you think there were several plans in place, the first plan was perhaps a very quick plan that involved grooming Guaido to take out Maduro, that quick plan did not work, do you think there's several other plans that will be implemented?

Alfred de Zayas: Oh for sure there's a plan, B, C, D & F. As I said the price is too important. Venezuela is super rich. Their estimates that they may be the second biggest gold reserve in the world. Imagine what that means for the mining industry. The United States is eager to go in and take the profit. Because of sanctions, because of the financial blockade they [Venezuela] cannot sell their national natural resources. Obviously, the country is paralysed, the country has to see how it can manage almost an unmanageable situation. But you have to understand that this unmanageable situation is artificial.

© REUTERS / Ueslei Marcelino
Venezuelan Authorities Making Efforts to Restore Electricity Within Few Hours - Maduro
Lift the sanctions, stop the economic war, lift the financial blockade, let the country buy and sell like anybody else and then you don't have any more so-called humanitarian crisis. But the idea of using the term humanitarian crisis is to make a so-called humanitarian intervention palatable to world public opinion. This tactic of demonisation is not new. Already the Romans had a saying for that: Be audacious in lying, be audacious in defaming the opponent because always something is going to stick. So if you call Maduro corrupt people will gradually believe if there is smoke there is fire, so he must be at least somewhat corrupt.

READ MORE: 'The Only Feasible Path Forward in Venezuela is Through Dialogue' — Prof

But nobody reminds you that corruption in Venezuela in the 1980s and 90s, before Chavez and before Maduro, was rampant. The press is focusing only on Maduro because the name of the game is to topple him, and my fear is that, indeed, he might be assassinated. Don't forget, there was an assassination attempt against him already, and I'm sure there will be other attempts to get rid of him as general Augusto Pinochet got rid of Salvador Allende in 1973.

© Sputnik / Sergey Mamontov
Blackout Occurs in Caracas’ Chacao District, Leaving Many Embassies Without Electricity
And another major, really major danger is that Guaido himself might be killed. It would be a perfect false flag. If you kill Guaido then you have the pretext for the United States to march in. So they will put all the blame on Maduro. There will be no attempt at fact-finding and who killed him. The fact is that if he's been killed then it can only have been Maduro and it can only have been this dictator, it can only have been this monster, and you have to remove the monster by force.

The views expressed in this article are solely those of Alfred de Zayas and do not necessarily reflect the official position of Sputnik.