Ankara and Tehran may launch a joint operation against the Kurdistan Workers' Party (PKK), designated as a terrorist organisation in Turkey, according to Turkish Interior Minister Suleyman Soylu's 6 March statement.

"God willing, we will carry out a joint operation against the PKK together with Iran," the interior minister told the Anadolu Agency without specifying the operation's details.

However, Hurriyet Daily News presumed that the joint forces could target PKK hideouts in Iraq, citing Recep Tayyip Erdogan's earlier announcements. The PKK and the Kurdistan Free Life Party (PJAK), regarded as a PKK offshoot by Turks and Iranians, are believed to use the Qandil mountains in northern Iraq as a stronghold.

Iran-Turkey Joint Op May be Linked to March Elections

Diliman Abdulkader, director of the Kurdistan Project at the Endowment for Middle East Truth, believes that the operation could be linked to the upcoming local elections in Turkey which are due to take place on 31 March 2019.

"It is the best time for Erdogan to attack Kurds across the region to put further pressure on the PKK and Kurds in Syria," Abdulkader told Sputnik Turkey.

© AP Photo / Kirsty Wigglesworth
US Suspected of Deploying Avenger Drones to Syria for Mystery Missions
He presumed that for its part, the PKK is unlikely to step up operations in Turkey.

"For now I highly doubt that the PKK will expand its activity in Turkey," the scholar suggested. "The reason being that it will not give Erdogan more cards to use against the Kurds, especially as elections are near and Kurds in Syria have convinced the Americans to leave a residual force in Syria. It is not in the interest of the PKK to increase its activity".

Baxtiyar Goran, a Middle East expert, echoes Abdulkader: "It's a bit difficult for the PKK to expand its activities Kurdish areas in Turkey. PKK implemented this strategy in 2016 but it was not successful as Turkey responded very fiercely, not only against the PKK fighters, but also against the Kurdish villages and towns".

According to a Middle East analyst, Raman Ghavami, the Kurdish question is a political issue and whilst military confrontations have inevitably been a part of it, that "can never be the solution."

"Europeans and Americans have always supported Turkey against the PKK. They provided Turkey with the latest military technology, as well as financial, media and lobbying platforms against the PKK. However, when the peace talks started between the PKK and Ankara, despite constant calls, Western countries refused to support the talks practically. Nonetheless, it seems the US has started some steps to establish trust and relations between Syrian Kurds and Ankara," he told Sputnik.

He added that despite rhetoric coming from Turkey against the PKK and US-Kurdish relations, "Erdogan knows that Turkish army is incapable of defeating the PKK, as Turkish army’s efforts in this regard has failed many times."

He believes it is a dangerous narrative to equate the PKK to all Kurds in Turkey. "The HDP had made genuinely significant progress towards a peaceful solution to the Kurdish question in Turkey, and they were not the PKK and they had both Kurdish and Turkish MPs and crucially, both Kurds and Turks voted for them," he concluded.

Speaking to the Anadolu Agency on 6 March, Soylu pointed out that the number of PKK fighters in Turkey was less than 700 people. He noted that only 12 militants entered Turkey since January 2019. "We are taking serious measures at our borders," the interior minister remarked.

According to the scholars, Turkey will continue to exert pressure on Kurdish organisations in the Middle East, including in Syria. Ankara sees the Democratic Union Party (PYD) and its paramilitary wing, the US-backed Kurdish People's Protection Units (YPG), as PKK affiliates.

"Turkey considers YPG/PYD as PKK wing in Syrian Kurdistan (Rojava) but due to the US-led coalition pressures and their assistance to the Kurdish groups in Syria. Waging a new war against the Kurds in Syria won't be an easy option for Turkey," Goran suggested. 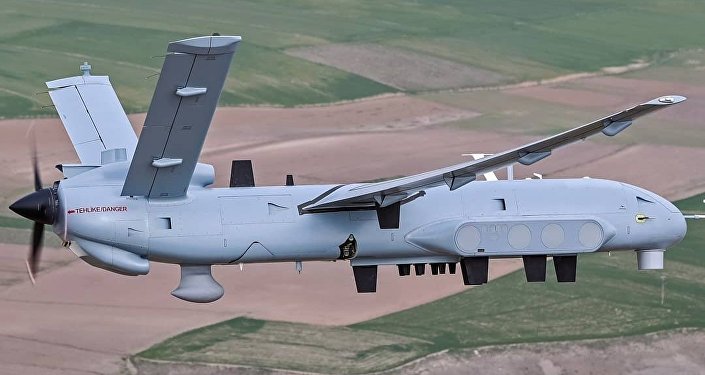 © Photo : Instagram/milli.savunma
‘The Whole World Will Be Speaking': Turkey to Introduce New High-Accuracy Software for Military Anti-PKK Drones
For his part, Abdulkader presumed that "Turkey will continue to pressure the Kurdistan Regional Government (KRG) led by the KDP [Kurdistan Democratic Party] and the PUK [Patriotic Union of Kurdistan] to cut ties with the PKK, especially the PUK based in Sulaimania".

"This has been successful so far, KDP does side with Erdogan on this issue and PUK is feeling the pressure from Ankara as they have gradually closed down any entities within the territories, they control such as PKK affiliated political parties", the scholar noted.

Having said that Erdogan continues "to threaten and label the Kurds of Syria as terrorists", Abdulkader opined that "Turkey should instead create economic opportunities with the Kurds in Syria like it did with the KRG, there are great advantages in having peaceful relations with the Kurds".

Abdulkader remarked that at the same time, the Turkish president "fears the 20 million plus Kurds in Turkey will also ask for autonomy in the future".

US Continues to Shield YPG on the Ground

The scholars noted that to date, the US had shielded the YPG and maintained "good relations" with the group which is the backbone of the Pentagon-backed Syrian Democratic Forces (SDF).

"US treats the PKK as a separate issue than other Kurdish issues, groups and regions", Abdulkader explained. "The United States relations with Kurds in Syria are positive". 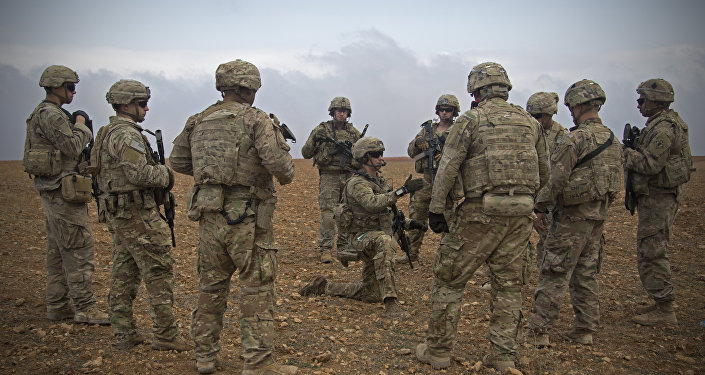 © AP Photo / U.S. Army photo by Spc. Zoe Garbarino
'Trap for Turkish Tanks': Syrian Kurds Reportedly Get Advanced US Anti-Tank Missile Systems
He underscored that the "US believes that the Syrian Democratic Forces are reliable and disciplined partners on the ground working side by side with the global coalition".

According to the scholar, "the Kurds in Syria are made up of local forces and local representatives, they are Syrians therefore have a legitimacy to defend their rights for the future of Syria".

US President Donald Trump's decision to withdraw the US military contingent from Syria, announced in December 2018, prompted concerns in Washington about the future of the US-backed Syrian Kurdish forces.

As a result, on 13 January 2019 the US president threatened Turkey that the US would "devastate" it "economically" "if they hit Kurds".

"We have said repeatedly we are not scared of and will not be intimidated by any threats," Turkish Foreign Minister Mevlut Cavusoglu stated on 14 January commenting on the threat.

© AP Photo / Turkish Defence Ministry
Trump's Syria Pull-Out: US and Turkey on Thin Ice Over Kurds… Again
On 20 January Ankara signalled that it was ready to kick off an operation against the YPG in Manbij. The Turkish president reiterated the vow during the March rally in the Black Sea province of Ordu.

For his part, President Trump announced in late February that the US would keep about 400 troops in Syria after the withdrawal of its military forces.

In January 2018, Turkey conducted a cross-border military operation code-named Operation Olive Branch with the aim to thwart the Syrian Kurdish presence in the north of Syria. Previously, Ankara carried out Operation Euphrates Shield against Daesh (ISIS/ISIL)* and Kurdish militants between 24 August 2016 and 29 March 2017.

Abdulkader believes that "non-violent means is the best method in solving Turkey's unresolved Kurdish question". He opined that Ankara's "energy" aimed against the PKK and its alleged affiliates should be "focused on a peace deal". Still, the scholar expressed doubts that Turkey-PKK negotiations would take place any time soon.

"Peaceful methods have been tried before to resolve the Kurdish issue in Turkey but series steps towards peace have never been taken," he said. "The peace deal between PKK and Turkey had also failed and there's no prospect of any talks in near future. The decades-long conflict is going to continue for at least another decade where neither side can guarantee a win".