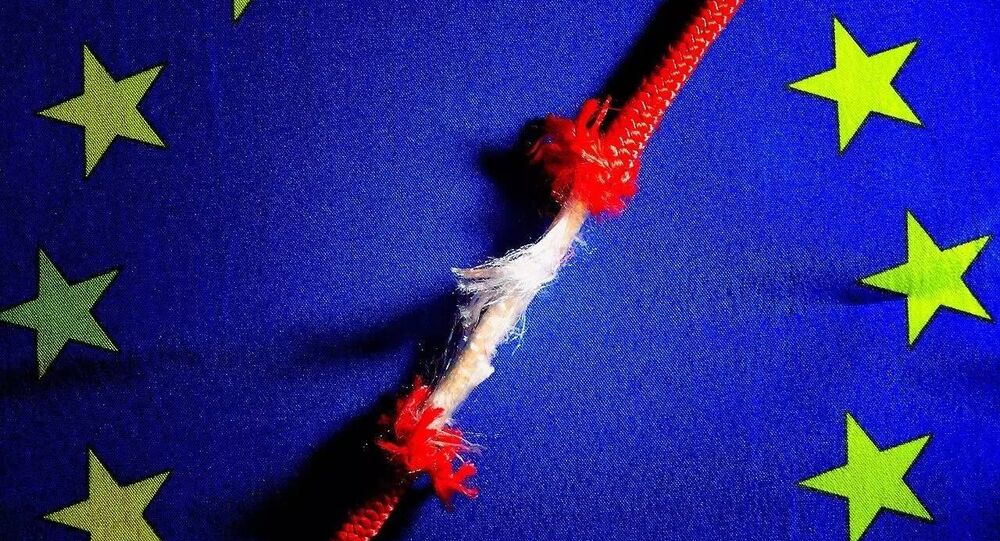 With many traditional parties and alliances losing support in recent years due to the migrant crisis and other failed policies, we could witness material political shifts in the European Parliament following the upcoming elections.

Ahead of the European elections, Sputnik Radio spoke to Mandy Boylett, a political commentator, about the bloc's future and the significance of challenges against longstanding frontrunners.

Sputnik: The leader of the European Parliament's Alliance of Liberals and Democrats for Europe, Guy Verhofstadt, warned that the European Union might face a ‘tragedy' if it doesn't reform its key policies, and centrists don't increase public backing. Do we have to worry?

Sputnik: Analysts believe that these elections could radically change the political composition of the European Parliament. On one hand we have the nationalist and populist parties expected to gain more seats, but what other parties might come to rise and fall after the elections in May?

© Sputnik / Michael Metzel
Macron is Smart Enough to Understand Globalisation Didn't Benefit Everyone in EU - Scholar
Mandy Boylett: The rise of the far-right always worries me, because when people start talking about nationalism there can often be an element of people who are racist; and that is a worry.

I would hate to see the rise of racism in the European Union; but as far as the UK is concerned, we had UKIP — which was a great party — which was about Brexit, and it was about getting back our democracy and making our own laws.

It was nothing to do with saying "Britain for the British" or anything like that. It was a democratic party. And I always think that if you carry on, and you don't listen to the people and listen to the democratic vote, that you risk the far-right elements getting a stronger hold — which would be a tragedy.

Sputnik: The "grand coalition", the one that unites the centre-left and centre-right parties in the European Parliament, that also is expected to lose its majority after 40 years. What do you think about this?

Facebook/MarinePnose
WATCH: French Cops Pepper-Spray Yellow Vest Protester in Wheelchair
Mandy Boylett: I think that the EU needs a shake-up, but it might be that there could be a majority that said, "Hey guys, do you want to be friends?" Let's look at the as it was to begin with.

It was a common market, it was a group of nations who wanted to trade — and that's great. What isn't great is the loss of democracy. We have people like Michel Barnier, Donald Tusk, and they're effectively saying to our country what we can and can't do, and most people in our country, we don't know who they are. We didn't vote for them. So why should they have this say?

Mandy Boylett: To be honest, I think Macron should concentrate with what he's got going on in France. He's got all these Yellow Vest demonstrations virtually every weekend. He needs to concentrate on sorting out his own country and not trying to sort out the rest of Europe.

The views and opinions expressed by the speakers are their own and do not reflect the official position of Sputnik.