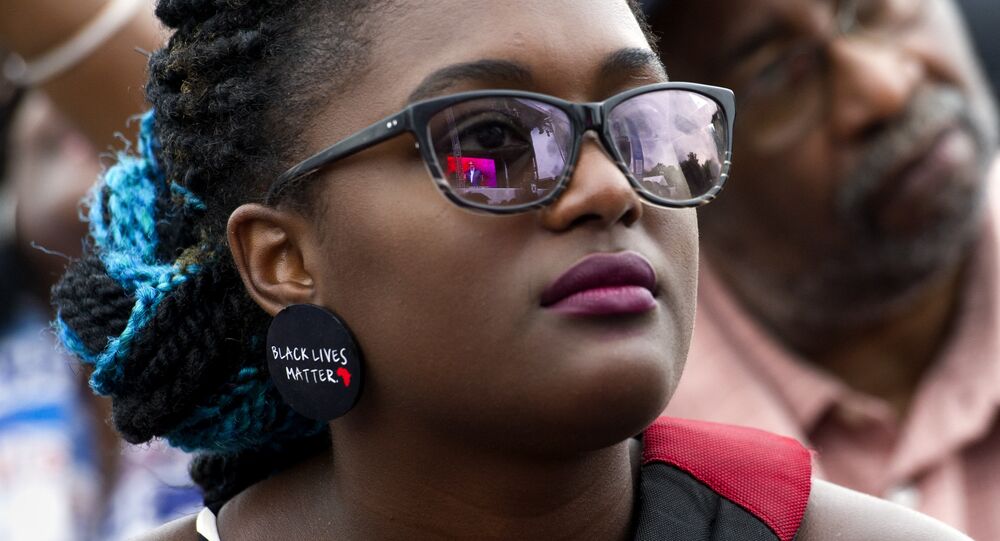 Black Reparations: Prof. on Why Dems 'Have No Sense of Economic Proportion'

Ahead of the 2020 presidential race, Democrats have put the spotlight on the idea of black reparations for slavery. Speaking to Sputnik, American media pundits and academics shared their opinions about the proposal, its timing and its possible implications.

At least four Democratic presidential hopefuls, namely Kamala Harris, Elizabeth Warren, Marianne Williamson and Julian Castro, have spoken in favour of some form of reparations to African Americans who were affected by slavery, according to The Washington Post.

"We must confront the dark history of slavery and government-sanctioned discrimination in this country that has had many consequences including undermining the ability of Black families to build wealth in America for generations," Warren told Reuters on 22 February.

However, according to Ken Webster, a host of Pursuit of Happiness Radio on 950 in Houston, the Democrats just "want to play on poor black voters' emotions, nothing more".

"It's just a distraction," he believes. "They have no intentions of giving the ancestors of slaves reparations. If they did, they'd propose a bill to support the idea.  After all, they're both lawmakers".

© AP Photo / AP Photo/Andrew Harnik
Warren: Trump ‘May Not Even Be Free Person’ by 2020 Presidential Election
Webster highlighted that "the people demanding this money were never slaves and the people they expect to pay the reparations tab were never slave owners".

According to the radio host, "it's not about racism, it's about the perception of racism": "If the Jussie Smollett controversy has taught us anything, it's that America's leftist media and voter block want racism to be a bigger issue than it actually should be.  Nobody is being oppressed, but feeling like you're oppressed is as popular an opinion as ever".

He presumed that "the only reason we're hearing discussion of reparations is because some white liberal political consultant told the Democrat candidates they're all unpopular with black people".

"Of course, not every black person wants reparations," Webster noted.

With Its $22 Trillion Debt US Can't Afford Reparations For Slavery

Dr Judd Patton, professor emeritus of economics at Bellevue University, highlighted that the reparations issue is just part of a broader agenda advocated by the Democrats.

"The Green New Deal, reparations, abortion even at the point of birth, Medicare for all, free college tuition etc., is appealing to young people like the millennials — they love free things from the government," he explained.

© AP Photo / Carolyn Kaster
Cohen: There Will Be No 'Peaceful' Power Transition If Trump Loses 2020 Election
The professor elaborated that "as conservatives explain the costs and implications of the Democratic agenda, more and more voters, especially taxpayers, will turn against this socialist agenda".

"It will be seen as radical and contrary the Constitutional principles and values of our Founders," he said. "Expect current popularity to collapse".

Reparations for slavery may impose an enormous burden on the US economy. According to Social Science Quarterly, they could cost between $5.9 trillion and $14.2 trillion.

"It's taken 228 years to generate a national debt of $22 trillion, and it is a threat to the future health of our nation. Socialists have no sense of economic proportion and perspective of what they are imposing," Dr. Patton said.

Dr. Mark Thornton, a senior fellow at the Mises Institute, echoes Patton: "No country can afford such expensive programmes, especially one that is already $22 trillion in debt with much more to come in the ensuing decades. We would have to cut spending by $20 trillion over the next 20 years just to prevent bankruptcy".

In contrast, William A. Darity, a professor of African and African American studies in the Sanford School of Public Policy, thinks the idea voiced by the Democratic presidential candidates is a step in the right direction if implemented in a reasonable way.

© AP Photo / Colin Young-Wolff
Fox Host Reportedly Suspecting Senator Warren of Racism Leaves Twitter Divided
In his writings dating from the early 2000s, the professor argued that "there should be two conditions for eligibility for black reparations in the United States".

First, "an individual must demonstrate that they have at least on ancestor who was enslaved in the United States."

Second, "an individual must show that at least ten years before the enactment of a reparations program they self-identified on a legal document as black, negro, Afro/African American or coloured."

According to Darity, "reparations are to be paid to black descendants of persons enslaved in the United States for three cumulative injustices: slavery, the Jim Crow regime or legal segregation, and ongoing racism manifest in the enormous racial wealth gap, wage discrimination, police lynchings and mass incarceration".

He specified that "the program will not apply to more recent immigrants who should make suitable reparations claims on the nations that colonised and/or conducted slavery in their countries of origin".

"A strong example is the Caribbean Reparations Commission", the professor emphasised. "The funds can be distributed in multiple ways that I have called a 'portfolio' of reparations".

The academic elaborated that the enactment of a reparations programme "will require Congressional action", adding that he doubted that the initiative would "significantly increase tensions".

© AP Photo / Alex Brandon
2020 Democrat Candidates Seeking Private Advice From Hillary Clinton - Reports
Meanwhile, Gallup's recent poll shows that only 18 percent of African Americans are satisfied with the way blacks are treated in the US, while "over half of blacks believe that blacks are treated less favourably than whites in dealing with the police, in stores and malls, and on the job".

The analytics and advisory company noted that about two-thirds of African Americans believe that the US government should play a major role in improving the social and economic positions of blacks.

Previously, a 2016 Marist poll indicated that 58 per cent of African Americans backed the idea for reparations for descendants of slaves.

Hillary Clinton Says She Is Not Running in 2020