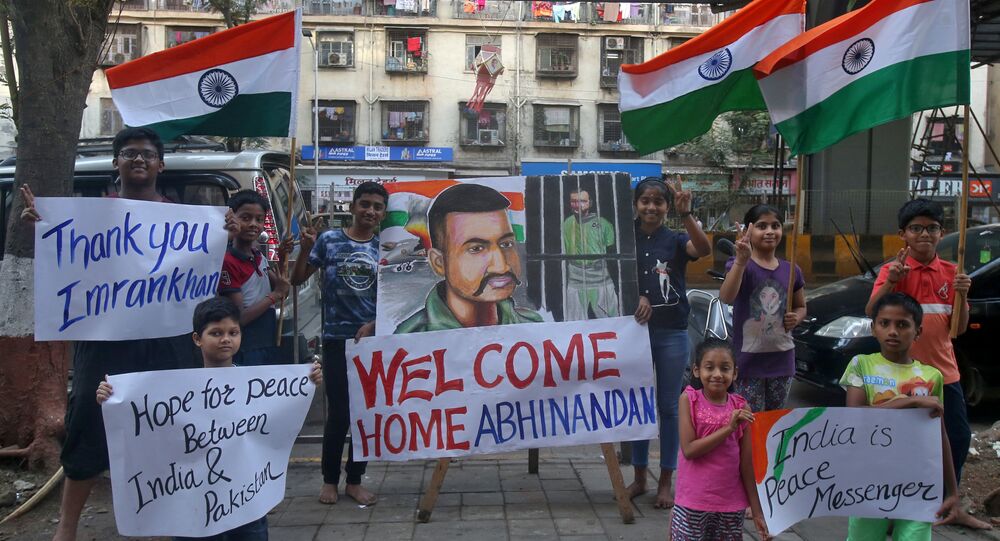 Citing a spokesperson for the US Embassy in Pakistan, Reuters reported that the United States wants to know whether Pakistan used US-made fighter jets to shoot down an Indian warplane. Radio Sputnik has discussed this with Robinder Sachdev, a political analyst and founder president of the Imagindia Institute independent think tank in New Delhi.

Sputnik: We know that diplomatic relations between Pakistan and America have been on the slide since President Trump took office. What can you add to these particular claims?

Robinder Sachdev: I think essentially there are two aspects. One, yes, when the F-16 sales were made to Pakistan, there were two things. One, in the public domain it was said that the planes will be used only for counter-terrorism and defensive purposes. So, you know, the defensive is an operative word also. And then secondly, we do not know what the end user agreement is, because that is not in the public domain; that is the confidentiality clause between the United States and Pakistan. What one anticipates is that, firstly, Pakistan has been denying that F-16s were used in any case — that is one. Secondly, if it comes to that "okay, yes, F-16s were deployed", then Pakistan could perhaps claim that they were operating within the Pakistan territory. So, in that sense, it could further claim that they were meant for defensive operations.

© AP Photo / Anjum Naveed
Indian Jets Reportedly Down Pakistani Drone Near Bilateral Border
Now, what does complicate the matter is that there are pieces of wreckage of a missile which is known the AMRAAM, the Advanced Medium-Range Air-to-Air Missile, which have been found in Indian territory. So India is able to say that these missile munitions, at least, were used against India and they have landed in Indian territory. So, there are these aspects out there, but my estimate would be that in case it was an F-16, because though India is claiming it was an F-16, Pakistan is saying that it was not an F-16, it could have been a JF-17 or one of those Chinese assembled aircrafts. But the munition which was used — that is the key. The AMRAAM missile — that is fitted only on the F-16s. So I think there is a bit of fog out there and the United States has asked for some replies from Pakistan. So let us see what replies Pakistan gives.

Sputnik: This comes as Islamabad has returned the captured pilot, which was seen as a token of peace. How high are the odds that the situation could still spiral out of control and escalate? It seems to me that it has subsequently calmed down somewhat. What is your particular angle on this one?

Robinder Sachdev: Very true. Let’s say, one positive outcome of this unfortunate incident has been that there was a spiral building up between India and Pakistan ever since the terrorist attack in Kashmir on the 14 February. India took some steps and Pakistan said that they will take some steps to retaliate, etc. — so there was a spiral building up. The incident of this dogfight or aerial combat, and the capture and the release of Indian pilot have at least given a pause to this spiral, which was otherwise probably moving at a certain pace — we could not predict what next would happen. So one good outcome out of this episode of last week has been that right now things are calm and there is a pause. But yes, India would still continue to kind of move ahead and see how the terror bases in Pakistan can be further eliminated. But for the time being, military action is kind of on the hold from the Indian side.  Matters have calmed down for the time being, at present, right now.

Sputnik: We know that India is due to have elections soon. How much could this standoff affect Mr Modi’s chances in terms of re-election in the upcoming vote? I think historically we all tend to understand that when there is some kind of armed conflict and a country shows a robust nature towards conflict, it does have a positive effect on the prime minister or president of that particular country. Do you see that happening? Is that going to increase Modi’s popularity and his chances of re-election?

© AFP 2021 / SANJAY KANOJIA
Modi Lashes Out at Opposition After Rafale Jets Remark Amid Row With Pakistan
Robinder Sachdev: Very true. I think the answer lies within your question. I mean historically we have seen that in any such times of war or conflict, the incumbent can harness essentially a sense of nationalism, and oneness of the country comes together — which ends up benefitting the incumbent. So, similarly in this case in India, this standoff and India’s response, which has been muscular compared to our earlier responses — that is another thing, never before has India generally taken such muscular steps. So this aspect and a sense of nationalism, or oneness in times of a tragedy or in times of a conflict, do benefit the incumbent if the incumbent seems to be taking proactive steps. And in this case, Prime Minister Modi does seem to be taking proactive steps. So for the time being, this if looked from a purely political angle, yes, this would benefit, although I don’t think it is in anybody’s intent to kind of leverage the situation. But the spill-over or the by-product of this standoff is that certainly, it is Prime Minister Modi’s stance to benefit because the elections are very close.