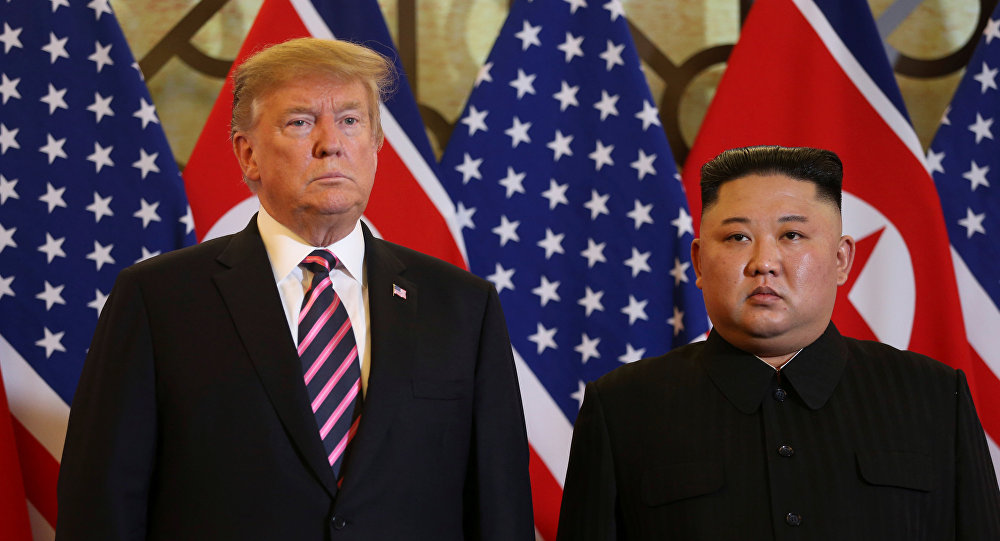 Sputnik: Did you expect a real breakthrough from the second summit between Donald Trump and Kim Jong-un?

Avram Agov: The second summit is a sort of breakthrough by itself. The first summit last year was historic. It broke the ice by starting the US-North Korea dialogue and outlined the objectives in broader terms: work toward complete denucleartization, transformation of US-North Korea relations and establishment of lasting peace. Now it is time to start implementing these goals. In that sense, the second summit is even more significant that the first one, and it may result in specific steps in denuclitarization and establishment of peace on the Korean peninsula. Both Donald Trump and Kim Jong-un are invested in the summit diplomacy with bodes well for the path forward.

Avram Agov: Donald Trump's main "selling" point to North Korea is this: denuclearize and you will become economic "powerhouse" and "rocket." I expect gradual lifting of sanctions depending on the progress North Korea makes on verifiable denuclearization. The US administration can do a lot in this regard without the approval of Congress, as the imposition of tougher sanctions against North Korea in 2017 was led by the administration, not the Congress.

Sputnik: What conditions is North Korea likely to put forward?

Avram Agov: North Korea will demand (and expect) reciprocal tenable steps toward normalizing US-DPRK relations like establishment of liaison offices, measures toward permanent peace, such as declaration of end of the Korean War, and some easing of the economic sanctions (for example, allowing inter-Korean projects).

READ MORE: Morales Wonders Why US Seeks Dialogue With North Korea But Not Venezuela

Sputnik: Does North Korea benefit from this meeting? In what way?

Avram Agov: It benefits in several ways. Kim Jong-un confirms his international stature sitting together with the American president for the second time. North Korea has been demanding simultaneous measures from both sides, while the United States initially insisted on complete denuclearzation first and then lifting sanctions and measures toward peace. Recently the US administration indicated that it will consider reciprocal approach. There could be a direct and indirect economic benefit for North Korea. The summit may result in specific sanctions relief, and the continuing US-North Korea dialogue could ease the overall economic pressure on  the DPRK, as the implementation of the sanctions regime becomes less strict. Another benefit for North Korea is that the summit will further facilitate the inter-Korean relations, something Kim Jong Un is also willing to develop further, which will result in economic benefits too. 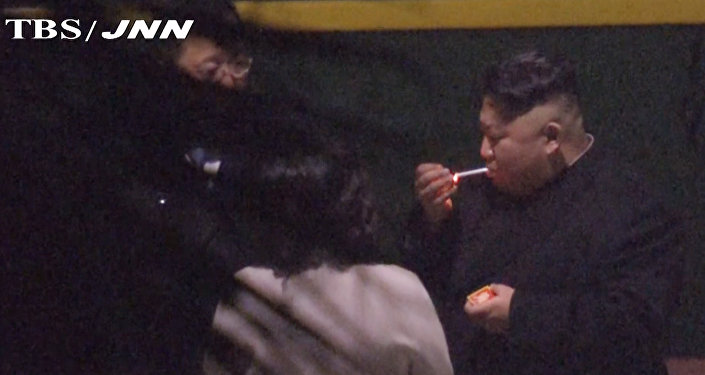 © AP Photo / TBS-JNN
WATCH Kim Jong-un Smoke Cigarette as He Arrives in Vietnam for Talks With Trump
Sputnik: In your view, how likely is North Korea to follow Vietnam’s model of economic development?

Avram Agov:  It is possible, although North Korea will follow its own path toward economic development. The major difference between North Korea and Vietnam is that the former is a part of divided Korean peninsula, while Vietnam obtained its unification and could feel more confident in security sense to start economic reforms in the 1980s. But now the main reason for the US-North Korea dialogue from North Korean perspective is to overcome isolation and the "hostile" environment around country, so that it can focus on economic development and opening. In this regard, we may also compare North Korea with China in the 1970s, when Beijing improved its external security situation by normalizing relations with the United States and Japan, which wallowed China to embark on economic reforms and opening.