The National Alliance of Journalists in India along with the Pakistan-based India Peoples Forum for Peace and Democracy have taken serious note of the war-mongering going on in the mainstream media of both countries.

Amid escalating tensions between India and Pakistan, senior scribes from both neighbouring countries are calling for saner voices to prevail over hawkish rhetoric and have called on the mainstream media to stop peddling jingoistic propaganda. 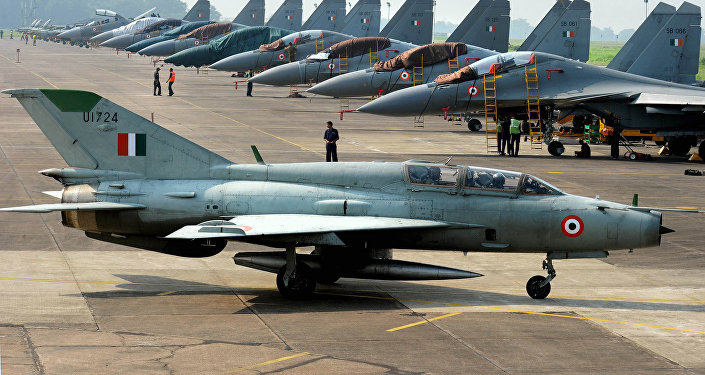 © AFP 2019 / DIBYANGSHU SARKAR
'Trigger-Happy' Elements in India & Pakistan May Ratchet Conflict Up – Activist
While the National Alliance of Journalists in India has called for an end to the jingoistic reporting of the situation, Pakistan-India Peoples' Forum for Peace and Democracy (PIPFPD) has been forced to cancel its scheduled meeting on 15-17 March in Lahore, Pakistan, which was expected to be attended by delegates from both countries, after it equivocally condemned "war-mongering" from both sides.

"The forum took a serious note of the high emotional outpouring and war-mongering on both sides further giving rise to fundamentalists and extremists elements," said a resolution passed by the PIPFPD led by senior Pakistani journalist I A Rehman.

Rehman has been at the forefront of Pakistani media efforts to subvert hardline elements taking over the media discourse in the country. The resolution calls the current situation an "unfortunate reality."

"In the current circumstances, peace activists are threatened and space for people to people dialogue is highly squeezed," the Rehman-led body said.

The Indian side has expressed its regret for the fact that the media, particularly satellite channels, are pushing for war and extreme nationalism.

"High pitched anchors and non-objective reporting by some section of the media especially the television anchors are taking a toll on the situation and we have called for this practise to stop," S K Pande, the president of Delhi Union of Journalists (DUJ), told Sputnik. 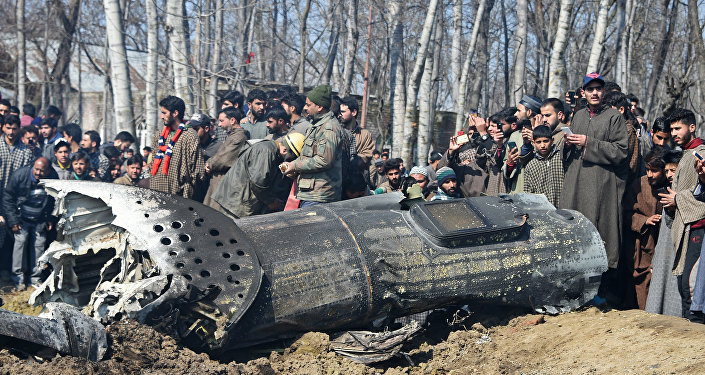 © AFP 2019 / Tauseef MUSTAFA
#SayNoToWar Trending on Twitter in India and Pakistan
The DUJ and the National Union of Journalists are together planning to frame a resolution to condemn the practise of jingoism in Indian media, he added.

India and Pakistan have long had rocky relations, but the situation worsened after a terror attack on Indian security personnel on 14 February when a suicide bomber, driving an explosive-laden vehicle, rammed into an Indian paramilitary convoy, killing over 40 soldiers.

The escalation of tensions has already resulted in Indian airstrikes on Pakistani territory, as well as air fights between the two countries, leading to the capture of an Indian pilot.

The views and opinions expressed by speakers in this article are those of the speakers and do not necessarily reflect the position of Sputnik.