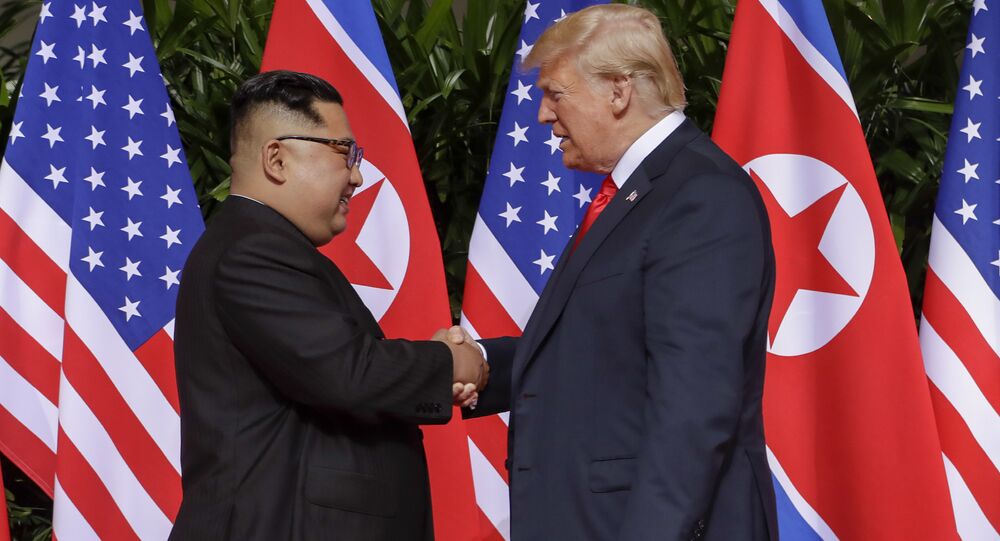 Going into the historic second summit between North Korean leader Kim Jong-un and US President Donald Trump, North Korean officials are hoping to "cement enough progress" with Trump that it can't be undone by another US administration, radio host Brian Becker told Sputnik.

Trump-Kim Summit: Making Headway in Hanoi
"What the North Koreans would like to have to happen is [to gain] enough momentum going forward, so that it doesn't turn out as it did in the early 2000s, where any sort of forward motion toward peace is basically destroyed by some other political force in Washington," Becker told Sputnik Radio's Loud & Clear on Tuesday.

"The North Koreans remember that [former US President] Bill Clinton almost normalized relations with the [Democratic People's Republic of Korea] in the year 2000… and then the US had a new government, [then-President] George W Bush, and he torpedoed it, sabotaged it."

"The North Koreans are well aware Donald Trump could not be president in 18 months. What they'd like to do is cement enough progress going forward, in terms of the improvement of relations, that it's not that easily undone once again," Becker stressed.

​Trump and Kim are expected to meet on February 27 and 28 in Hanoi, Vietnam. The pair's second meeting comes less than a year after they initially met in Singapore in June 2018.

The 2018 meeting concluded with a four-point declaration that paved the way for renewed bilateral relations and the denuclearization of the Korean Peninsula, among the leaders' other goals.

Reporting from Hanoi, Becker speculated that Kim is also likely looking to see whether Trump has "enough authority to keep going forward" with talks "in the face of headwinds in Washington from the Republicans, the Democrats and the Pentagon."

Additionally, Becker noted that the summit should result in a definition of what exactly denuclearization means for the Korean Peninsula, along with a declaration of what the United States is willing to offer North Korea for its cooperation, aside from just not holding one or two war exercises in the region.

"If [North Korea] could come out of this with… even if it's symbolic… a declaration that the Korean War has ended, I think that they will feel that they've achieved their primary goal [at the summit]," he said.