In his annual State of the Nation address Russian President Vladimir Putin said that Moscow is prepared for dialogue and friendly relations with the US, but will be forced to take tit-for-tat steps if Washington deploys its medium-and short-range missiles in Europe and criticised US policies.

Sputnik: So what's your impression of Vladimir Putin's address this year? 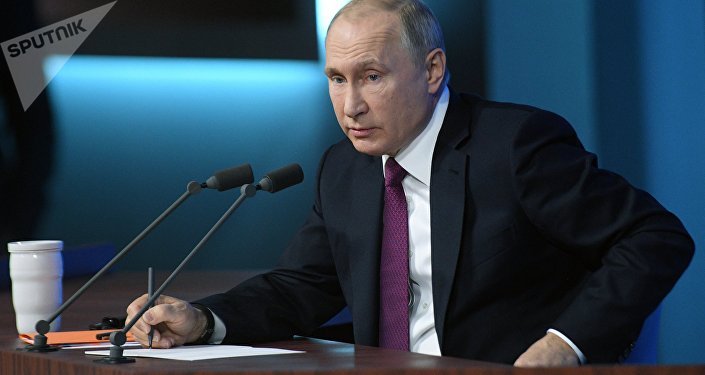 © Sputnik / Evgeny Biyatov
Putin Delivers Annual Address to Russia's Federal Assembly (VIDEO)
Fred Weir: Well it was very good as they usually are. He is extremely well briefed. He speaks in a very concentrated manner, he spoke for about an hour and a half and the bulk of his speech was directed at domestic affairs; and he really did hit a lot of the serious problems that Russians face: poverty, difficulty in obtaining good medical services, the fact that 200,000 children still go to schools without indoor plumbing, a lot of down-home problems that he did address, the overflowing waste dumps in the country, which are all serious questions that Russians probably care more about than they do about foreign policy. And he did so in a critical tone, which like western correspondents covering the same issues wouldn't sound more critical than he did. So all in all I was impressed with his speech.

Sputnik: I think it's interesting that 94% of his speech was focused almost entirely on internal domestic issues and then just at the end there was 6% where he was discussing Russia's armaments and the response to America removing itself from the INF Treaty. In some senses it's only 6% in terms of a response to America when Russia does feel very badly done to in terms of America withdrawing itself with what they feel there's no actual provocation or reason to leave the INF Treaty. What do you feel the commentators, the mainstream media commentators are going to actually highlight in terms of this particular speech, because when President Putin was discussing the increasing the various medium-range missiles etc. he kept reiterating that Russia wasn't wanting to attack anyone, only wanted to protect its own country, its own sovereignty, what do you think mainstream media in America are going to think to this?

Fred Weir: He did brag about the weapons, the new Avangard hypersonic missile and so on, I suppose we will highlight that. It is remarkable that we're headed toward an age where there will not be any arms control limitations on the two big nuclear powers. I am probably much older than you but I grew up in a world where the two superpowers had decided that these runaway nuclear arms arsenals had to be contained, they had to be controlled, they had to develop not just treaties but verification procedures, and I have grown up and lived in that world. And since 2001 when the United States pulled out of the Anti-Ballistic Missile (ABM) Treaty we've seen the gradual unraveling of that, even though they did renew the strategic arms accord in 2010 that one is coming to an end as well. 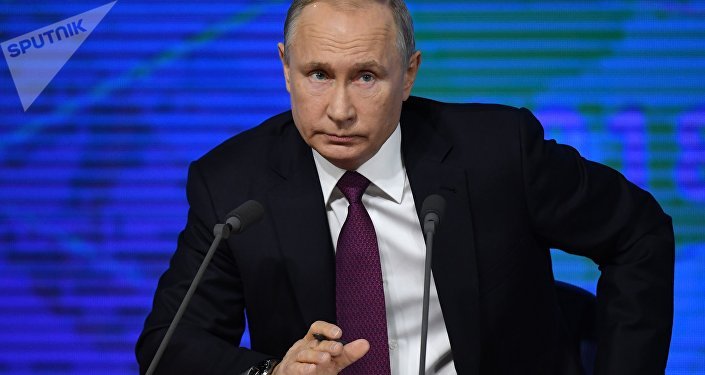 © Sputnik / Ilya Pitalev
Putin: Russia-US INF Tensions 'No Reason to Create New Cuban Missile Crisis'
So this is part of a pattern not just the Trump administration, but an American pattern of liberating itself from those bilateral obligations it made with Russia and the Soviet Union in the past. So it's a new world and this is what Vladimir Putin was addressing, I guess. And he did say those things. He said Russia wouldn't be the first to deploy this type of missile in Europe and that's a good message to the Europeans who remember the 1980s when these intermediate-range missiles faced each other on both sides, giving a six minute, like a hair-trigger nuclear war warning for the main cities of Europe. You know, think London, Paris, Berlin, Moscow and Saint Petersburg they were all under a six minute warning, which is not enough time to make any political decisions and nobody wants to go back to that cloud of terror. So Putin was sort of reassuring the Europeans in that respect, and in fairness NATO has said it doesn't have any intentions of inviting the US to station those missiles in Europe again, but that's the big danger and that's what Putin was speaking to.

Sputnik: I think you've articulated the situation very well and there's a lot of nervousness from people, generally who are discussing this kind of thing every day and trying to understand the logic of it, especially when speaking to experts like yourself. Who and what forces in Washington really benefit the most from confrontation between Russia and the US? Is it the elitists, is it the people who that are driving the IMC, is it this neoliberal policy that Washington is sort of really driven in the last two years since Trump came to power, what's your take on it?

Fred Weir: Well, I thought a lot about those things in the old Cold War because as I said I'm an older fella.

Fred Weir: I'm 67, so we share that experience. So what I did think about in those days, I even wrote a book about it at the time, there was a consensus, a Cold War consensus that has many dimensions to it, it's just one thing that drives this urge to confront, to build up arms. There's an ideological component, there's an economic component, political, daily politics play a role like there's nothing more convenient when you have problems then blaming the external enemy and you see that big time in the United States today. The reducing of a whole lot of the factors that brought Trump to power to Russia.

Russia Not Pleased by Difficulties in Relations With US - Lavrov (VIDEO)