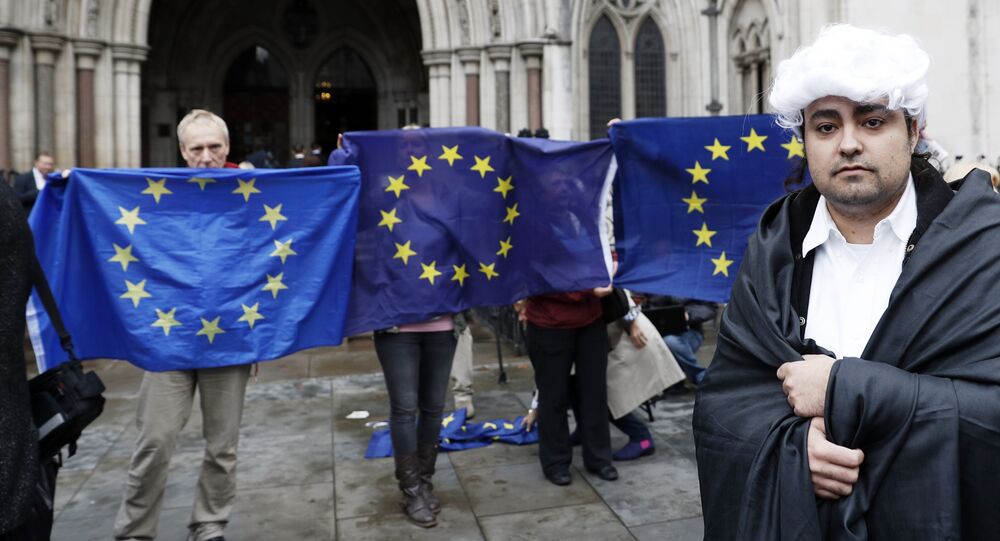 Germany will reject any UK request for the extradition of its citizens after Brexit. The United Kingdom is set to leave the EU on 29 March. The Financial Times reported, citing an official notice sent by Berlin to Brussels, that extraditions will cease even if the relevant agreements are reached between the United Kingdom and the European Union.

The publication said that the German constitution restricts the extradition of the country's citizens. It can be done only when other EU member states apply for extradition via a European arrest warrant or through an international court.

Since 2010, London has filed nearly 1,800 requests for extradition using European arrest warrants, including 15 requests for the extradition of German citizens in connection with money laundering, drug trafficking and other crimes. In addition, the German Interior Ministry said in January that UK citizens living in Germany would be given three months to receive long-term residence permits in order to stay in the country.

Radio Sputnik spoke about Germany's plan to cancel extradition arrangements with the United Kingdom after Brexit with Aidan Flynn, an expert in Constitutional Law, European Union Law, Human Rights Law and lecturer at the School of Law, Policing and Forensics at Staffordshire University in the UK.

Sputnik: In your opinion, how likely are other countries of the European Union to follow Germany's footsteps now in prohibiting the extradition of its citizens to the UK after Brexit?

Aidan Flynn: It is difficult to say, but I would think that it is not very likely that many will follow Germany's lead on this. In the first instance, if there were to be an agreed deal which formed a treaty between the EU and the UK, later this month or next month, then that would be governed in part at least by European Union law, and Germany as a still-subsisting member-state would be bound by that EU law under the principle of the supremacy of EU law, a principle that Germany well knows, having indeed lost some cases at the EU's Court of Justice in Luxemburg.

The supremacy principle of EU law takes priority even over German constitutional law.

Sputnik: It's a very interesting decision by Germany and I am a bit surprised by it myself. What can you actually say about this particular German decision? What is the rationale?

Aidan Flynn: It is not something that falls easily within my expertise, but I would like to just pass brief comment on it because I think that, perhaps, the bigger political picture needs to be borne in mind. This is not an announcement, this is not an approach or a decision from Germany and from its authorities that is taking place in isolation. We have to look at the very huge state of flux that there is in terms of UK-EU relations.

© CC BY-SA 4.0 / -wuppertaler / Avenue John F. Kennedy in Luxemburg-Kirchberg
EU Court of Justice Rules Against Passport Checks for Bus Passengers Coming to Germany
And some of your listeners, particularly those who are in the region to the east of the EU, may not fully grasp the incredible tension that there is in the UK in terms of the lead-up to this departure point and exit from the EU.

So I think that political issues and political considerations, although it is not in the area of my expertise and I just focus on law, I do think that on this occasion it is not wise to turn one's back on that political backdrop, which I think does have some part to play in decision-making, even on law matters at the moment.

Sputnik: Well, thank you for that aide and now will the UK be able to extradite citizens from other European countries after Brexit?

Aidan Flynn: If there is an agreed arrangement between the European Union and the UK then all sorts of matters would be covered comprehensively and no doubt there would be continuing arrangements, either transitional or longer-term arrangements, to facilitate this smooth flow of people back under something, hopefully, not too much more awkward than the very slick process that already exists.

The advantage of the European arrest warrant as it stands is that it is much more straightforward than the types of bilateral extradition arrangements that preceded it. So, if there is a deal, then European Union law would govern that deal and its contents, including its contents on extradition.

That would mean that the contents on extradition had a great deal of clot and power behind them under the supremacy principle, the principle of the supremacy of EU law.

© AFP 2021 / CHRISTOF STACHE
Berlin to Suspend German Citizens Extradition to UK After Brexit - Reports
However, even if there is not a deal, I think that this move by Germany is a bit unusual, because, from a very practical perspective, it is not really in the interests of Germany or any other continuing member-state to have in their territory people from the United Kingdom, who the United Kingdom authorities allege have committed, perhaps, some very serious crimes in the UK before departing.

Sometimes (they're) very serious crimes against fellow people, not just these financial crimes but some serious violent crimes, and sexual violence crimes. It is in these other member states' own interests, whether there is a deal between the UK and the EU or not, to try and facilitate some process.

So I think that apart from this story we hear today in relation to Germany, the arrangements will by and large continue in some ad hoc fashion, either in the short or medium-term, and then reach a point where there is a continuing good level of cooperation.

Whether there is a deal or not, I think this can be worked out to the satisfaction of justice authorities.

Aidan Flynn: Yes. Now it is interesting that today we hear this new story which focuses on persons.

© AFP 2021 / PAU BARRENA
Over 10 People Detained in Rally Near Catalonia Court of Justice (PHOTO, VIDEO)
If we have a situation where the EU ceases to be 28 and the UK leaves and we are down to 27 member-states, there is in the government in the UK a huge desire and huge anxiety to have arrangements in place to come to grips with any security concerns that the exit from the EU presents.

However, there are very great concerns, and earlier this year, the commission of the biggest police force in the UK, the Commission of the Metropolitan Police in London, did set out her concerns.

I think the point is this really and it is a big point that applies to goods and persons that anyone, however expert they may be, who tells you that it is possible to foresee all the little loopholes and all the little snags and all the little unforeseen issues that crop up in the coming months and years is not really being honest and truthful.

It will be impossible after around forty years of membership of the European Union for there to be a situation where no snags of any consequence or any note raise their heads.