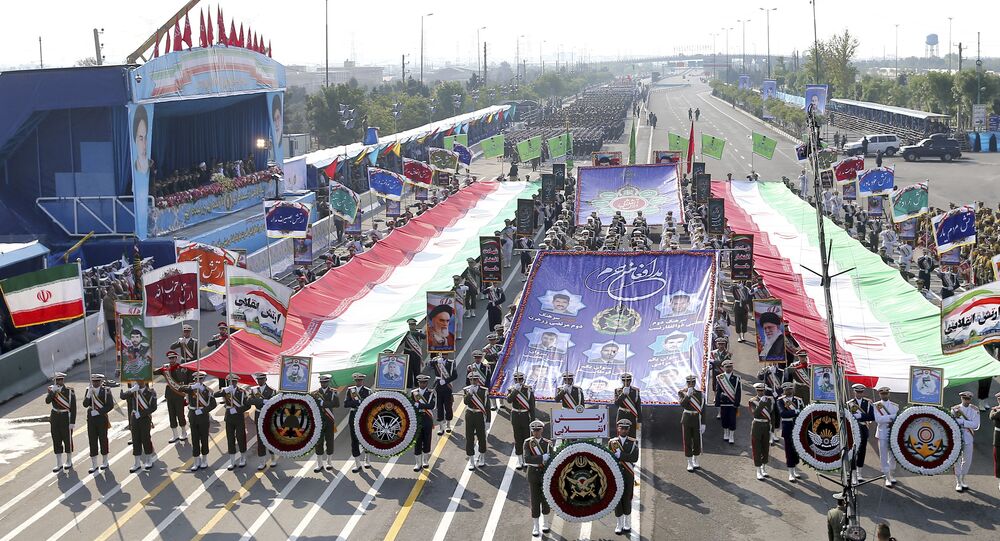 Iran's Foreign Minister Mohammad Javad Zarif has dubbed a two-day summit on the Middle East held in the Polish capital the “Warsaw Circus”. The talks led by the US mainly focused on Iran but many international players such as Turkey, Russia, and Iran itself were not in attendance and, in fact, held their own talks in Sochi.

Sputnik has discussed the Warsaw meeting and its implications with Foad Izadi, Professor of political communication with the University of Tehran.

Sputnik: Mr Zarif has said that the meeting is another attempt by the US to pursue this obsession with Iran. To what extent do you agree or disagree with that? It was actually pegged as a summit to promote peace and security in the Middle East?

Foad Izadi: Well, as you know initially the focus was supposed to be on Iran until the European countries opposed this idea. They asked the US government to tone down its anti-Iran rhetoric in the conference, and as you know many European countries did not show up. The ones that did show up sent low-level delegations. Federica Mogherini, who is the foreign affairs representative of the European Union declined to come.

© AP Photo / Ebrahim Noroozi
Israeli Intelligence Finds Iran Two Years from Nuke - If It Resumes Enrichment
So initially the conference was supposed to have Iran in its title. They changed that to the Middle East, made it broader, and at the end of the day, I don't think it's going to be an effective conference because the players who are present there are not effective in the Middle East. The United States is trying to get out of the Middle East. The Israelis have failed in many of their policies in the last number of years.

The Arab countries that are present are not representing their people, they're representing the dictatorships that they are governing and they are impotent in terms of achieving anything. If you want to find out what's going on in the Middle East and the future of the Middle East you need to look at the summit in Sochi, Russia, with the Russian president, Iranian president and Turkish president. It's taking place as we speak [on Wednesday, 14 February]. If you want to watch a circus then you can go to Warsaw.

Sputnik: What's behind this desire by the US, why is Iran considered to be the biggest threat to peace in the Middle East by the United States?

And since that revolution, it was against the puppet government of the United States, Iran has maintained an independent foreign policy and that's what upsets the US government officials. Other countries in this part of the world generally listen to what the US wants, you saw what happened to Mohammed bin Salman, the Saudi Crown Prince when he came to the United States, he was given a catalogue of different types of arms and he ordered to get these arms and pay for it.

Israel also basically falls in line with whatever the US wants and given the strength of the Israel lobby sometimes they dictate what they want to the United States.

© AFP 2020 / EMMANUEL DUNAND
'Cool Front': EU Ignoring Mideast Summit Shows Brussels Anger Over US Stance on Iran – Report
Iran has been an independent country in terms of its foreign policy for the last number of decades and the Americans can't stomach that, and that's why you see all the sanction and threats. Yesterday Mr Netanyahu actually use the word "war". He said the Arab countries and Israel are sitting together to coordinate and advance their plans for war against Iran and threatening to use force against other countries.

The good thing is that you don't have to take him that seriously. He's having an election in the next number of months and he's just preparing for his election. He is asking for photo-ops so he can win the election, given the fact that he has a number of corruption charges pending on him. So although the rhetoric is quite harsh, Iran will continue to live, Iran has lived with this type of pressure in the past and they will continue to do so in the future.

READ MORE: US Anti-Iran Conference Goes Off the Rails

Sputnik: It would seem that some European officials are not really happy with the summit that's taking place in Warsaw. They've actually said that it appears that the US is trying to break up Europe. Do you think there's any truth in that?

Foad Izadi: No, this idea of old Europe, new Europe has been around in the United States since the turn of the century, when they wanted to attack Iraq in 2003. Rumsfeld, then Secretary of Defence talked about this idea that we have a new Europe, we have an old Europe. Some European countries at that time, like France, opposed US invasion of Iraq. That's why they did not like that.

They want to create a boogeyman out of Russia, scare Eastern European countries, divide Europe. I think that's an interesting analysis, we can see evidence for that. And this is the old policy of divide and conquer.

© REUTERS
INSTEX: Iran Needs 'Much, Much More' From EU to Improve Its Economy – Author
The Trump administration, certainly, doesn't like to see a united Europe, but I think what they're doing is actually having a reverse effect. They're practically putting Europe and Russia in the same group. They're creating an alliance, whether they realise it or not, between Europe and Russia, because no one in Europe really likes Trump. His policies are not something that most European countries would like, and this is a mistake that Poland made.

You know Poland has nothing to do with the Middle East. They are not a player in the Middle East. The only reason they're hosting this is to please the United States and send a message to Moscow, but what they're doing actually is uniting other European countries with Moscow against the United States and themselves. So I think the Polish president and people in the Polish government made a huge mistake by hosting this.

Views and opinions, expressed in the article are those of Foad Izadi and do not necessarily reflect those of Sputnik

US Unlikely to Marshal International Coalition Against Iran - Consultant

Iranian President Lauds US Troop Pullout From Syria 'If It's True'