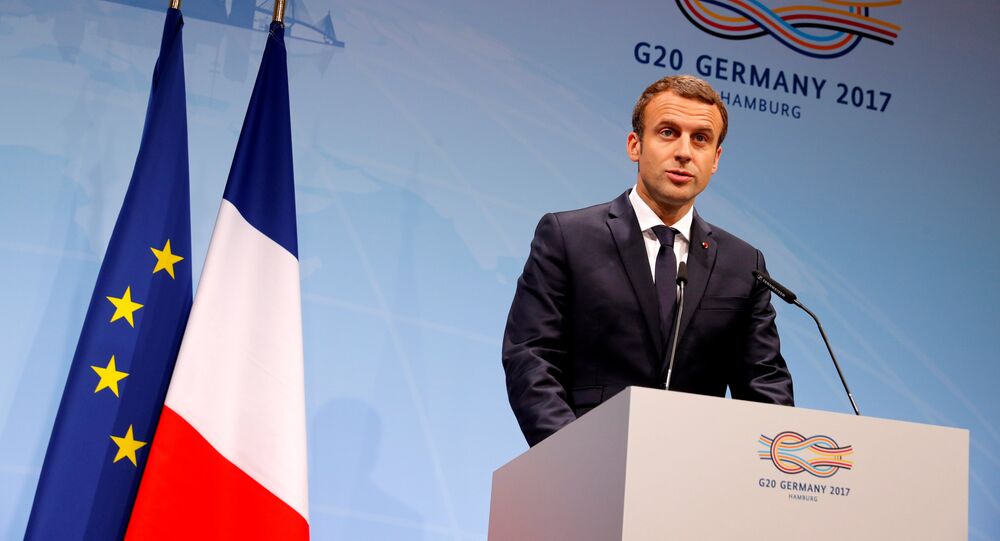 BRUSSELS (Sputnik) - French President Emmanuel Macron is sowing divide in Europe by recalling the ambassador from Rome for consultations only due to own personal frictions with the Italian leadership, Nicolas Dupont-Aignan, the president of the Gaullist Debout la France (France Arise) party and a former presidential candidate, told Sputnik.

"This is a surrealist event; France recalls its ambassador from Italy. But the real culprit is Macron himself! By scorning and insulting European leaders who do not think like him, Emmanuel Macron divides Europe and creates unprecedented chaos", Dupont-Aignan said.

According to the politician, Macron seems to be launching thereby his party’s campaign ahead of the European Parliament elections slated for May.

The comment was made after on Thursday Paris announced that it was recalling its ambassador in Italy back to France for consultations due to Rome’s "repeated accusations" and "attacks" against the country. The move came after Italian Deputy Prime Minister Luigi Di Maio met with the leaders of the yellow vests earlier in the week, expressing that his party shared many values with the protest movement, which has morphed from the November protests against fuel tax hikes into a wider outcry against Macron's policies.

© AP Photo / Kamil Zihnioglu
French Minister Says ‘Playtime is Over’ Amid Yellow Vests' Row With Italy
French-Italian relations have deteriorated after the coalition of the Five Star Movement and the right-wing Lega party came to power in Italy last year. Since that, the two countries’ leaderships have exchanged multiple barbs over many issues.

Italian Deputy Prime Minister Matteo Salvini, for instance, has recently reportedly called Macron "bad president." Migration has emerged as another contentious issue for Paris and Rome after the latter refused to welcome undocumented migrants rescued at sea by non-governmental organisations.

Views and opinions, expressed in the article are those of Nicolas Dupont-Aignan and do not necessarily reflect those of Sputnik