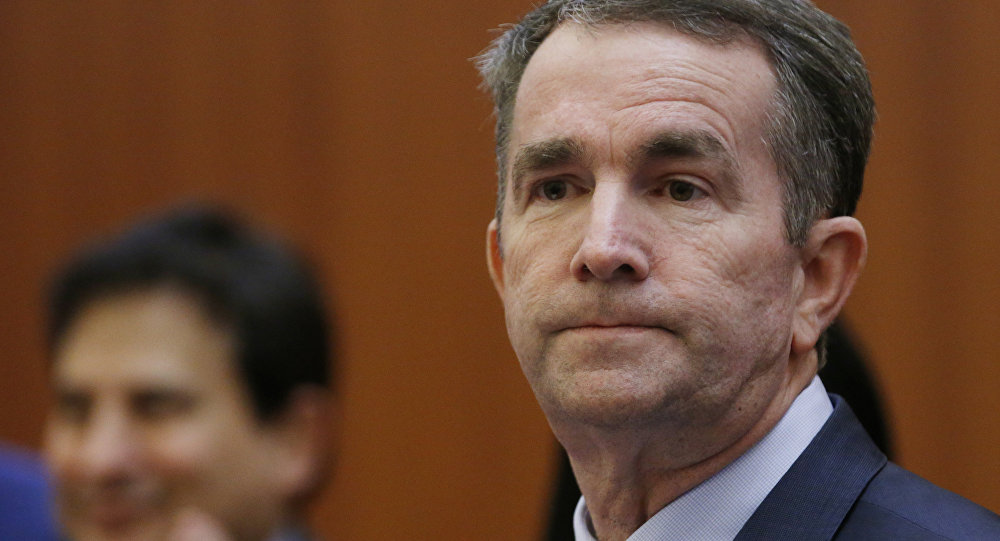 The only way for Virginia's Democratic Party to start moving forward from the mess that unfolded over the last several days is with the resignation of Gov. Ralph Northam, Rebecca Keel, an organizer and member of the Southerners on New Ground, told Sputnik.

"This is about admitting wrong," Keel told Sputnik Radio's Loud & Clear on Thursday. "We're asking for our Democratic leadership to just air it out, and let's start new. We can't go forward unless we do that, and that begins with the resignation of Ralph Northam."

​Within the last six days, Virginia's Democratic leadership has begun collapsing on itself after three of its high-level members were caught up in scandal after scandal. It first began last week when a photo emerged from Northam's 1984 medical school yearbook of two people, one in blackface and the other sporting a Ku Klux Klan hood and robes.

Northam later admitted and then denied being in the picture before revealing that he had previously darkened his face to look like Michael Jackson for a 1984 dance contest.

The next scandal centered around Virginia Lt. Gov. Justin Fairfax, who was accused by a woman named Vanessa Tyson of committing sexual assault during an encounter at the 2004 Democratic National Convention in Boston. Fairfax has strongly rejected the accusations, and Tyson released a statement on Wednesday saying, "What began as consensual kissing quickly turned into a sexual assault."

Taking note of the crumbling pieces, State Attorney General Mark Herring on Wednesday came clean about a 1980 incident in which he, too, appeared in blackface to impersonate rapper Kurtis Blow. This revelation came days after Herring called on Northam to resign over his offense.

"This political moment is about naming the legacy of white supremacy in Virginia politics," Keel told host John Kiriakou.

© AP Photo / Alex Brandon
Hillary Clinton Branded a Hypocrite as She Urges Virginia Governor Northam to Resign
"We're really wanting to be clear that we need our Democratic leadership to change… we really want a party that's open to all without regard to race, class, gender, sexuality, disability, and we encourage black leadership, indigenous leadership, woman leadership, LGBTQ… and marginalized folks to really step into political participation while challenging the validity of Virginia's white supremacist Democratic party," the organizer stressed.

In August 2017, the city of Charlottesville, Virginia, saw chaos as a result of a series of clashes between protesters and members of a white nationalist rally. The weekend rally claimed the life of counterprotester Heather Heyer after 20-year-old James Alex Fields plowed his car into a group of demonstrators. Nineteen others were injured in the attack.

Two state troopers were also killed during the weekend after their helicopter, which they were using to monitor the rally, crashed outside of the city.

"Charlottesville really exemplified the fact that there are white supremacist, neo-Nazis ready and willing to take arms and to continue to harm and destroy black communities, indigenous communities and communities of color," Keel told Kiriakou.

East Virginia Medical School
Virginia Governor Northam Says He Was Not in Racist Yearbook Photo, Refuses to Step Down – Report

Virginia has a lot of work to do in order to right its wrongs, Keel said, noting that it ultimately begins with "elected leaders stepping down when asked [or] when demanded to step down."

"And the ones who are there already need to truly take a firm stance on protecting and supporting marginalized communities who need them," she said.