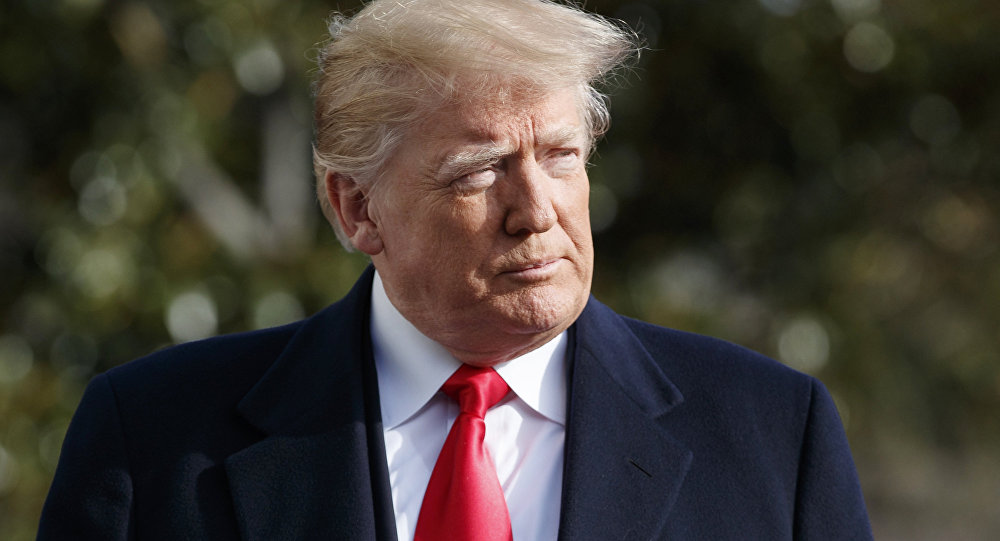 Prof: If Trump Keeps Insisting on Wall, It's Hard to See Us Breaking Stalemate

US President Donald Trump has delivered his second State of the Union address. Sputnik discussed the speech with Ric Simmons, a former federal prosecutor and law professor at Ohio State University.

© REUTERS / Jonathan Ernst
Trump Nominates Senior US Treasury Official David Malpass to be Next President of World Bank
Ric Simmons: I partly disagree with the idea that it's partisan, certainly. The investigation is being run by Mueller, who is a Republican, it was started by Rosenstein, who is a Trump appointee and a Republican. So, there's not much partisan about the investigation itself.

Sputnik: Earlier, acting Attorney General Matthew Whitaker said that the Mueller probe was close to being completed. How fruitful has the investigation been?

Ric Simmons: I guess that depends on the point of view. On the one hand, it hasn't shown any direct connection between President Trump himself and any interference by Russia. But it has certainly shown evidence of wrongdoing. I think we've had three or four indictments so far, including six former Trump advisers who have been indicted, we've had seven guilty pleas, including five of his former advisers, his former national security adviser and former campaign adviser, and also a number of Russian nationals and companies have been indicted as well. So it has had some success. Of course, the big question is we don't know what they're going to come up with eventually, the final report hasn't been issued yet, so we really have to wait and see for the final report to see how successful it's been. But so far, it's been relatively successful in finding criminal activity within his campaign.

© AFP 2019 / Delil SOULEIMAN
Let My People Go: Analysts on Why GOP Throwing Wrench in Trump's Syria Pull-Out
Sputnik: Donald Trump is hoping to break decades of political stalemate, what chances does he stand to achieve any unity that he's calling for? He did deliver quite a unifying speech last night that's been well-received by many parties. What's your take on the next two years of his administration? Is there any way that there's any chance that things can move forward to some kind of a unified stance with regard to certain areas of the political strategy within the USA?

Ric Simmons: It's very hard to predict with this president what is going to happen or what he is going to do. I agree with you that the first 15-20 minutes of the speech were very bipartisan — he talked about WWII and landing on the Moon, things that all Americans love. But then he had a 15-minute segment in the middle where he talked about immigration, [he took] a very hard line on immigration, he kept insisting on his wall and kept talking about criminals trying to cross the border and [he used] very strong language on immigration, which is probably the most partisan divide that we have right now.

So, the speech went back and forth between these high-minded bipartisan "love America" ideas and some of his very partisan pet projects, like this wall. I think if he keeps insisting on this wall and keeps attacking Democrats for being weak in different ways, it's hard to see us getting to any kind of bipartisan agreement or breaking the stalemate. So at this stage, a couple of months into the divided Congress, we haven't seen a lot of signs that he is willing to work with Democrats to get things done.

© REUTERS / Jonathan Ernst
'Choked Like A Dog': Trump Derides Racist Scandal-Ridden Northam As He Steamrolls Democrats
READ MORE: SOTU: 'Trump Still in Superior Position to Get Most of What He Wants' — Scholar

Sputnik: Donald Trump avoided speaking about the national emergency declaration. How high are the odds that he will be allowed to resort to that option and what implications could follow from the legal perspective? I spoke to an expert from Louisiana, which is a southern state, about 30 minutes ago, he was very supportive and strong with regard to the need and requirement of a border wall. The USA is very similar to the UK in many ways: the wealth is in the south of the country, surrounding London, a lot of the northern towns, cities and counties voted for Brexit. What's the situation with regard to this one, because there does seem to be a divide not just within the political parties, but in the country as well?

Ric Simmons: Certainly there's a geographic divide there, I agree. Although there're certainly some border states and border districts that don't want the wall. But I do think that you're right, the southern areas, the poorer areas are going to be more likely to support Trump. Whether or not he does this national emergency declaration, it does seem like something that Trump would want to do, I'm sure his legal advisers are telling him that it's unlikely to succeed.

© AP Photo / Evan Vucci
Trump Talks Nuclear Arms Treaty, US ‘State-of-the-Art’ Missile Defense, Border Security in 2019 SOTU Address
Legally, there's certainly going to be a lawsuit if he does this, and there're a lot of legal problems with making that declaration. I'll give you a couple: one is that the courts have to agree that there's an emergency, it's not clear there is an emergency — he keeps saying there is one, but people crossing the border illegally has been happening for decades and it's not different now than before.

He also has to be able to use the military to build the wall and emergency declaration powers allow the military to do military projects, but it's not clear that it would be a military project. There's also a problem with appropriating funds that Congress hasn't given him. So, there're a lot of legal issues surrounding this that he might not be able to overcome. On the other hand, the Supreme Court has been very deferential to the president on questions of national security.

We had this travel ban that he put into place that seemed pretty clearly to be religious discrimination, but the Supreme Court upheld that last year, saying that the president gets wide discretion on national security issues. Again, it's hard to predict, but I could see at least a year or two of legal wrangling over this before the courts finally decide whether he can build the wall that way or not.