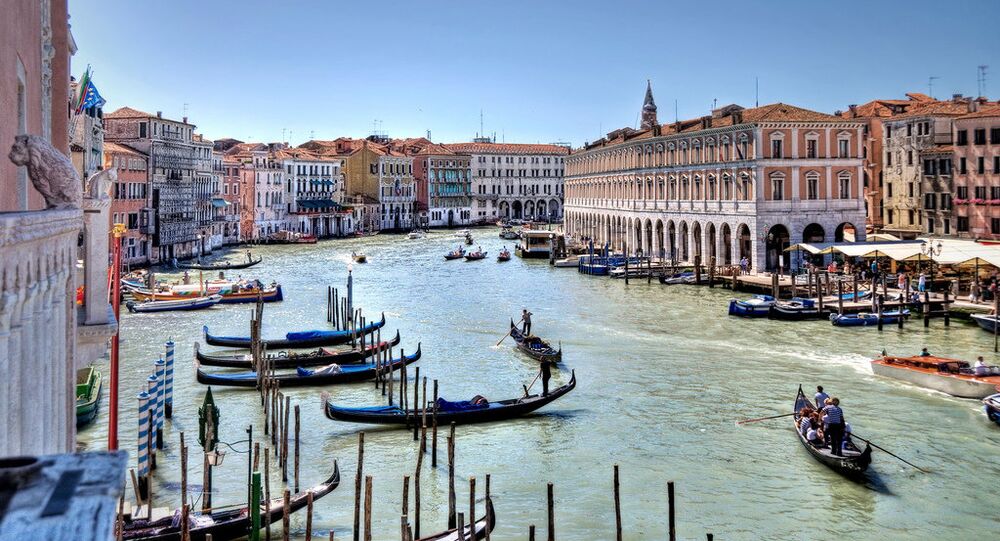 The Italian government and the regions that want greater autonomy (regionalismo differenziato), Veneto, Lombardia and Emilia Romagna, are expected to conclude an agreement on 15 February. This is a sensitive issue that concerns not only the citizens of the three regions, but the whole country. Is there a risk of a split between rich and poor areas?

If the agreement is reached, the gap between Italy's North and South would become even more evident. Being born in a particular region would mean, in other words, having more or less rights, or enjoying more or less high-quality services, ranging from health care to school education. The signing of the agreement would lead to a "secession of the rich", according to University of Bari economics professor Gianfranco Viesti.

Sputnik spoke to Viesti, author of 'Verso la secessione dei ricchi?' ('Are We Heading towards the Secession of the Rich?') to find out about the economic and political consequences of this agreement.

Sputnik: What is your book about?

© Sputnik / Julien Mattia
Finance Expert on How France & Italy May Bring Down European Community, Euro
Gianfranco Viesti: In my book, I discuss the initiatives of the Italian regions of Veneto, Lombardia and Emilia Romagna to obtain greater regional autonomy from the government.

This is, actually, a very important subject, but few deal with it; it would be good to present it to the public. The decisive point is that it's not about administrative or technical changes just for the citizens of those regions, it's about a very important political change that affects all Italian citizens.
Problems arise here for three reasons. The first one is related to the areas in which the regions want more autonomy — healthcare, school education and infrastructure. There would be a huge transfer of powers from the state to the regions.

The second critical issue is that of funding these powers because the initiative of the regions is born from the desire to obtain more financial resources to implement their own projects. For example, for at least 25 years Lega Nord has been trying to get as many financial resources as possible for the development of the northern regions. Evidently, this would affect the allocation of resources and therefore the quality of schooling and healthcare in other Italian regions.

Thirdly, the parliament is completely cut off from the discussion. I mean that the agreement that the country's government and the regions are expected to sign on 15 February is currently a secret for the parliamentarians. This agreement will be brought to parliament only to be approved or rejected.

Sputnik: What could be the negative effects of these reforms for the country?

© CC BY-SA 2.0 / Elliott Brown / Como Cathedral - Piazza Duomo, Como - Italian and EU flag
Italy Never Considered Withdrawal From EU, Eurozone – Economy, Finance Minister
Gianfranco Viesti: We're speaking here about a huge transfer of power from the state to the regions, which would threaten the work of social and public services. The agreement would result in the citizens of the wealthier regions being entitled to more economic and social resources and services than the citizens of the poorer regions. This is a rather sensitive issue for Italy; therefore, a great cultural, political and parliamentary discussion is essential before any decision can be taken.

The mayor of Milan has opposed the signing of this agreement for two key reasons. First of all, he believes that by giving more money to those who are richer we are taking it away from those who are poorer. Secondly, there's a risk that if these regions have more powers, they would be able to put pressure on the cities that are deprived of those powers.

Gianfranco Viesti: We launched a petition in August. Some may have joined us but as for now, I can see silence on the subject. We need a real discussion on this issue, we are talking about something that concerns not only Veneto, Lombardia and Emilia Romagna.

Sputnik: Are you opposed to regional autonomy in general? Which model should we opt for?

Gianfranco Viesti: Regional autonomy is a great thing that is already there, but here we are talking about a differentiated regional economy and some regions having more power than others. I am not against that in general, but the issue is rather delicate; we have to see how the system as a whole and its financial aspects work.

In Italy, for example, we already have special regions where citizens are treated much more favorably than citizens of other regions. These are mainly small regions; but if Veneto, Lombardia and Emilia Romagna, which are very large regions, became that special, the issue would become much more important.