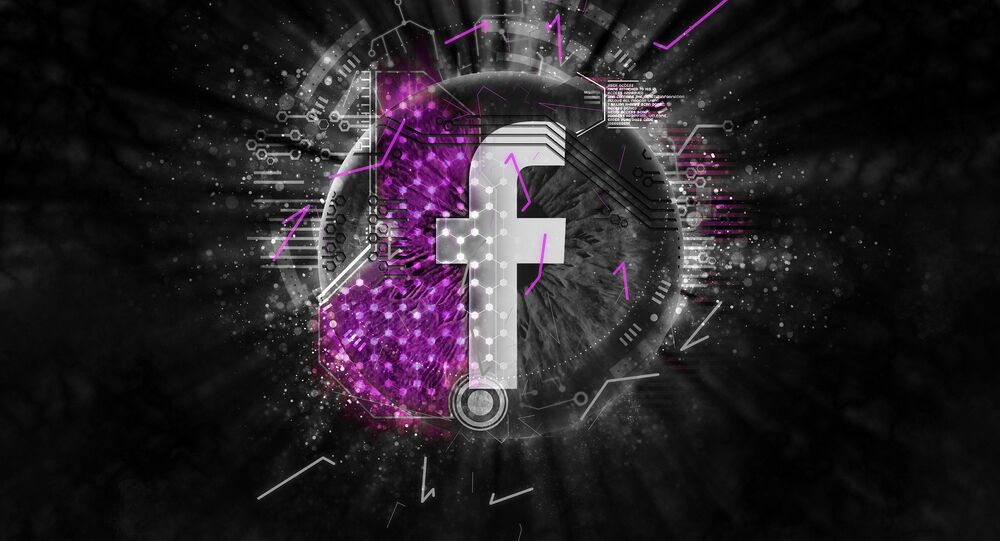 Facebook marks its 15th birthday on Monday. Since its foundation in 2004, it has expanded from a hobby project to a network of more than 2 billion people.

Last year, repeated data breaches and the Cambridge Analytica scandal raised concerns and generated scrutiny among officials in several countries. Damian Collins, chairman of the UK House of Commons Digital, Culture, Media and Sport select committee said that there's a need for external bodies that have got the power to set rules and standards for Facebook.

Despite this, Facebook's latest financial results showed that its revenue increased by 30% and profits by 61% year-on-year.

Sputnik: Facebook marks its 15th birthday; it's grown from a hobby project aimed at connecting people into a huge social network. What's your impression of Facebook's 15-year-long history? I mean it's a phenomenal success when you think about it, and it's obviously getting larger and bigger with the advent of acquiring Instagram and WhatsApp as well, isn't it?

Matthew Setter: It is. I mean it's been a spectacular rise over the last 15 years from what was, as you've said, a hobby project and something that started on a single university campus to the huge volume of users today. It's spectacular. But it hasn't always been good, I guess, with respect to privacy.

Sputnik: What about the current state of Facebook? How politicised has the Facebook brand become currently? What dangers does it represent to democracy? I mean, this is a sort of a rhetorical question and we've been discussing it quite openly for the last two years because of the concerns. What can you add?

© CC0
Facebook, Twitter Delete Thousands of ‘Disinformation’ Accounts Without Proof
Matthew Setter: Personally I think it has become very politicised primarily because, as you said in the intro, the Cambridge Analytica scandal is one prime example. Can people really be sure that the information that they're getting, which seems honest and genuine, actually is — that information upon which we'd then base our voting decision? So, it becomes very murky and as they acquire more companies, such as WhatsApp and so forth, which then extends the reach, it's how can you be sure that all the information you get from this source is genuine, or is it really the same company behind it all? I think it has really clear implications.

Sputnik: I was mentioning to the previous expert the growth and the impact that all these brands have; I mean, I travel into work by metro, and obviously it's a busy metro, but nearly all the people on there are either on WhatsApp messaging their friends or they're looking at pictures on Instagram.

Obviously, these are the sort of key platforms now. Facebook itself is sort of drifting a little bit. It's not so prevalent in Europe but it's still emerging in the emerging markets as well. So, it looks as though these brands are going to have sustainability as well, but the key thing is the impact of the information that they're sharing. How do we regulate and police it? What's your take on this massive question?

READ MORE: Facebook Paid Teens for Testing 'Research' App That "Spied" on Them

Matthew Setter: It's a hard question to answer, quite honestly, because as we saw when Mark Zuckerberg was before the US Congress and so many of the Senators really didn't have a handle on computing generally, let alone social media, it's a really fast thing; some of the people were very savvy and it's always very heartening to see.

How can you do it? I mean, it's a tough question to answer, especially in the light of one scandal after another. Specifically, when you look at some of the things that Facebook did, such as fighting regulation designed to improve privacy, moving about 50 million users just before the GDPR in Europe took effect, moving them outside of the control of the data privacy commission in Ireland. And when they have such political clout and increased lobby year on year, it's not an easy question to answer; it's very tough.

© CC0 / Pixabay
Facebook Unveils Tools to Fight Foreign Meddling in Run-Up to 2019 EU Elections
Sputnik: Absolutely. In many ways, it's a rhetorical question and I understand it's difficult to answer. What about your point of view with regard to these huge technical juggernauts and their threat to open societies worldwide? I mean, I'm 52 years old and slowly I've become savvy in terms of sharing any information. Every time I get an email from someone I'm trying to understand where it's come from in terms of the email address.

It's terrible; the attacks that people are under all the time within this IT technological world that we live in. You've got sort of a massive vacuum in many ways, you've got people that are totally savvy and they understand the Internet and the work of technology inside and out. And then you've got people of my generation and my mother's generation who are totally inept and ignorant.

What's going on? There's a massive void therefore there are threats to societies, isn't it? Will you agree with that?

Matthew Setter: Absolutely. But it's not only people of your generation and older. I mean, you look at, for example, the recent campaign, the 10-year challenge, which seems innocuous, perhaps, to even someone who grew up with Facebook, from before they were born even, which is like "just share a photo from 10 years ago and one from now."

Is it innocuous? Did someone start it or was it, as I read recently, a campaign designed to help improve Facebook facial recognition? It's not only people who are older, it's all these different things to kind of come at people in different ways to sort of reduce the natural barriers that people might have to say that looks suspicious, I won't go there. Instead, some of these things look so harmless and you say all my friends are doing it, I'll do it too; what could possibly go wrong? In an age where that is all-pervasive; it's quite hard to protect yourself, so I wouldn't feel bad.