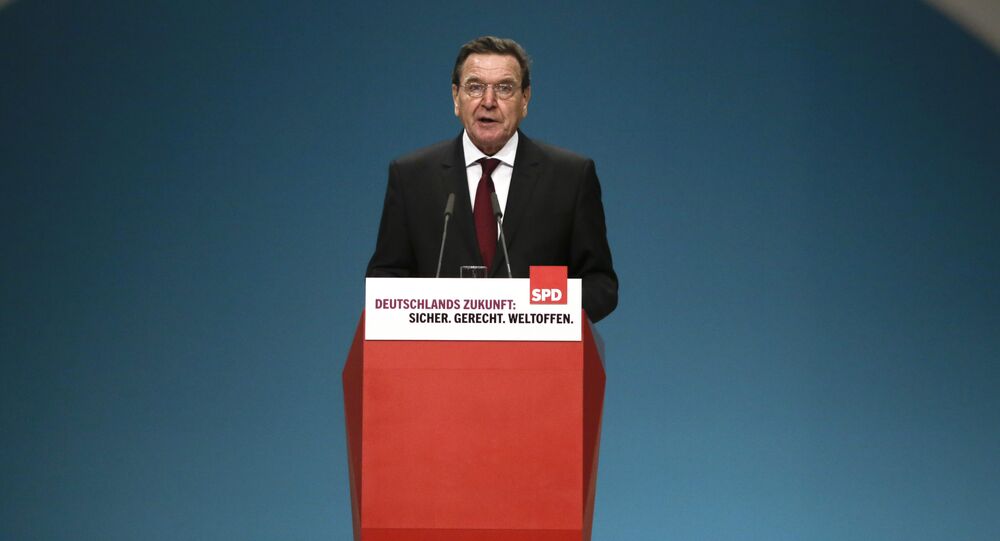 MOSCOW (Sputnik) - Europe needs Russia's potential and most importantly the country's market and natural resources in order to withstand such superpowers as China and the United States, former German Chancellor Gerhard Schroeder told the Spiegel outlet.

"If we, as Europeans, want to survive politically and economically between [such] superpowers [as] the United States and China, we cannot do this without Russia's potential. We need the country's market and, first of all, its resources", Schroeder told the outlet in an interview released on Friday.

According to the former German chancellor, Russian President Vladimir Putin has been trying to build the kind of relations with Western countries that would be based on equality and respect, but he has been repeatedly rejected when trying to reach out to Europe.

"But this is a big chance for us now. We should try to reconnect Russia with the European Union and the West. In order to achieve this, changes are doubtless required both in Russian and Western politics", Schroeder added.

© AFP 2021 / Fred DUFOUR
Russia Holds Quarter of International Yuan Reserves Amid US Sanctions Spree
At the same time, Schroeder stressed that he had never said that Russia did not experience any problems. According to the former chancellor, Russia has issues it needs to deal with but they should not be used to pick on Moscow.

In 2014, relations between Russia and the West deteriorated over Moscow's alleged involvement in the Ukraine conflict and Crimea's reunification with Russia.

EU member states, including France, imposed several rounds of sanctions on Russia's energy, banking, and defense sectors, among others, as well as on a number of Russian officials. Russia has denied the accusations and introduced a set of countermeasures in response to the West's restrictions.