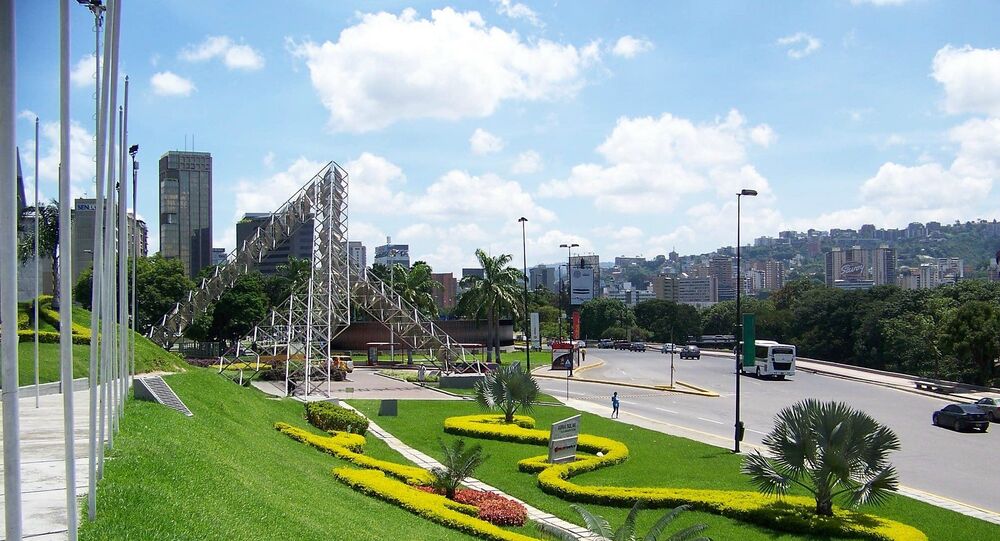 While the US is behaving as if the rise to power of Interim Venezuelan President Juan Guaido can be taken for granted, the situation in the country is very different. Reporters told Sputnik the streets are quiet because the unknown Guaido lacks the charisma to convince people to “take a rubber bullet” for him and his coup attempt.

In comments before the Organization of American States in Washington, DC, Thursday, US Secretary of State Mike Pompeo called Maduro's government "illegitimate" and "undemocratic to the core." He rejected Maduro's expulsion of US diplomats as something Maduro no longer had the power to do and said that US diplomatic staff, whom Maduro had given 72 hours to leave the country, would not do so.

© CC0
US Withdrawing Some Diplomats From Venezuela - US Embassy

Pompeo further announced US readiness to provide $20 million in "humanitarian assistance" to "the people of Venezuela," called on "Venezuelan security forces to ensure the protection of Interim President Guaido's physical integrity and his safety" and referred to "remnant elements of the Maduro regime" who he warned might "repress the peaceful, democratic transition."

However, Thursday night, the US State Department suddenly announced it was withdrawing all non-emergency personnel from the country and put out an advisory to US citizens to leave Venezuela, Sputnik reported.

Radio Sputnik's Loud and Clear spoke with Aline Piva, a journalist and a member of Brazilians for Democracy and Social Justice reporting from Caracas, and Paul Dobson, a writer for VenezuelAnalysis.com who reported from the Venezuelan city of Merida.

https://www.spreaker.com/user/radiosputnik/trump-and-pompeo-adopt-19th-century-colo
Piva told Sputnik that there was a "sense of normality" in Caracas that didn't exist in past coup attempts. "It's not as bad as it was in 2016, which is very interesting because the opposition took a very bold move… but what you can see here is that they don't have the popular strength to keep this up for long."
© Sputnik / Valery Melnikov
Turmoil in Venezuela Unlikely to Hurt Financial Ties With China - Scholars

Dobson said it felt like "the eye of the storm" in Venezuela, telling Sputnik there's "calm on the streets. People are waiting to see what's going to happen; there's definitely a new hurdle, a new situation arising, with the expulsion of the US diplomatic team from Venezuela."

He noted that Guaido has "been in hiding since his self-declaration" Wednesday afternoon. "No one's seen him since; he hasn't made any public statements since; we're not quite sure where he is. It's a very strange attempted coup d'etat, really."

Piva said the calm could indicate two things: either the opposition doesn't have the means to "wreak havoc" like in 2016, or that "they are organized, they have the money, and they have international support." She noted that the most recent round of violence in Caracas "kind of gave us the sense that these were people that were highly trained."

How it unfolds depends on how the international community reacts, she said. "For example, is Brazil actually willing to go to war with Venezuela… or stay back and declare Guaido the president?"

Guaido is "not a traditional leadership from the opposition," Piva told hosts Brian Becker and John Kiriakou. "He is someone the people actually never heard about until the 2016 violent protests."

Piva compared Guaido's statements to those of Henrique Capriles, the opposition candidate to the PSUV in the 2012 and 2013 elections, the latter of which he narrowly lost to Maduro, saying he lacks the charisma "or even the power to hold on to his claims of the presidency." Noting that Maduro continues to enjoy the explicit support of the army and the judiciary, Piva said Guaido is "really just someone who out of the blue declared himself president. He doesn't have the votes; he doesn't have the legitimacy; he doesn't have the power."

"The sort of drastic political changes which Juan Guaido's looking to bring about here in Venezuela only come about when there is a certain accumulation of social forces to cause them. What he is trying to do at a moment, or what the White House is trying to impose at the moment, is a social change without this necessary accumulation of social forces in Venezuela," Dobson told Sputnik.

"There are a lot of Venezuelans who would like to see a change, that is certain, but to put a puppet man in front of these people, who no one has ever heard of, no one knows anything about his policies, I ask you: would an opposition activist be willing to take a rubber bullet in the leg, or suffer tear gas or storm a government building for somebody like him? I doubt this. I doubt this very much," Dobson said.

© REUTERS / CARLOS EDUARDO RAMIREZ
‘We’ve Lived Through This Before’: Attempted Coup Against Maduro Not US’ First in Venezuela

"This something that we're starting to see. There was a lot of enthusiasm in the opposition ranks last night, but today they're not organized; they're not planning anything; they're just waiting to see if this happens or doesn't happen. [They're] getting back to their usual life, trying to struggle with hyperinflation and the day-to-day problems in Venezuela, and [Guaido] is not really the man who would inspire people to come and storm a ministry or storm a government building or really bring about the sort of change which he's talked about," Dobson told Sputnik.

Piva said that while "the US is looking for an excuse to go to the final step, to take down the government, to implement a by-the-book regime change in Venezuela… people here are very aware of it. They were expecting President Maduro" to expel the US diplomats. "How long can we take the level of disrespect that the US government" has shown to Venezuela?

"The United States doesn't follow any rules; other countries don't follow any rules," Piva said, noting how the US uses the OAS to leverage its foreign policy on other Latin American countries. "Are we at the point where we are going to have another open war or aggression in the region?"

"There is definitely a storm coming here on Sunday," Dobson said, noting that Maduro "should have a plan B" for what to do if the 72-hour deadline expires with US diplomats still in the country.

Dobson said there was also an economic factor to the debacle.

"For the United States, with all of its current commercial problems — the trade war with China, amongst other things — in the cutting of diplomatic and political relations with Venezuela, effectively is going to make it almost impossible for them to do trade with the country. This is already difficult due to the sanctions, but cutting relations with them is going to effectively cut off trade relations as well. To some extent, the US does depend a lot on Venezuelan oil, but Venezuela also depends a lot on US imports," which Dobson noted would put pressure on both US and Venezuelan citizens in their respective countries.

"Juan Guaido has committed a crime in Venezuela. Juan Guaido has acted against the constitution," Dobson noted. "If they do decide to arrest Juan Guaido, I think we need to be very clear that this is not political repression; this is applying justice to a man who has broken a law."