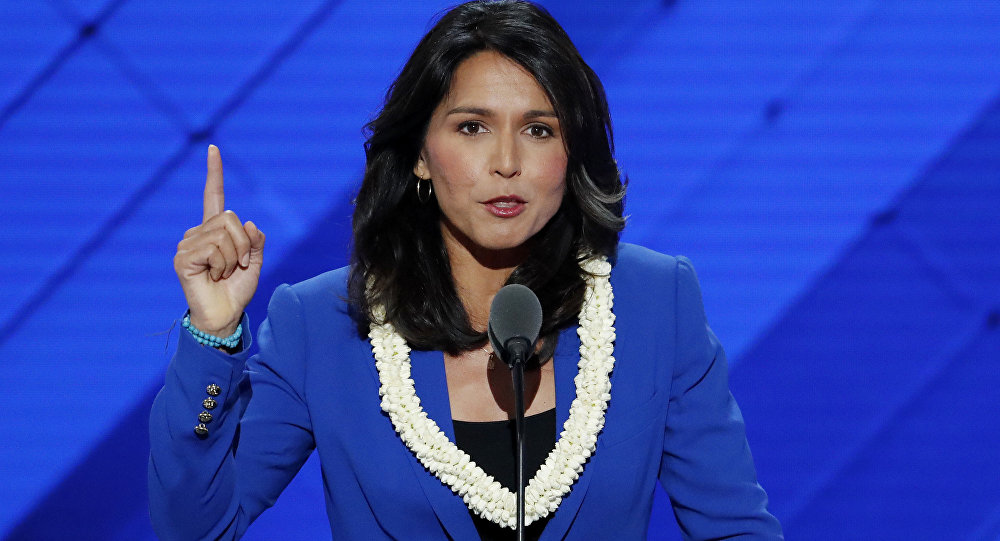 US Rep. Tulsi Gabbard throwing in her name into the pool of Democrats vying for the party's nomination for the 2020 presidential election could result in bringing the anti-war issue to the forefront, Kevin Zeese, co-coordinator of Popular Resistance, told Sputnik.

Since announcing her presidential campaign earlier this month, Gabbard has faced an increasing amount of criticism from mainstream Democrats, who've been quick to attack the Leloaloa native for her January 2017 meeting with Syrian President Bashar al-Assad.

​"Tulsi is a very interesting candidate, and her message against the war, the various ongoing never-ending wars like Syria, in particular, is the message that scares [Democrats], and that's what they're attacking," Zeese explained to Radio Sputnik's Loud & Clear, adding that the politician has done well in standing by her decision.

"She has the potential to put the anti-war issue on the agenda, and I think that will pull other candidates, like [US Sen.] Bernie Sanders, in that direction. He's already started to say some positive things on cutting the military budget," he continued. 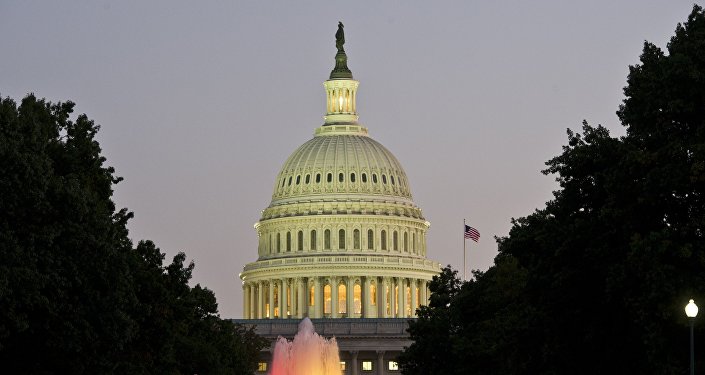 "Maybe she'll take off and surprise us, and we'll see for the first time in a long time a member of the House [of Representatives] actually being competitive for the presidency. She has an important message."

Zeese, citing Hillary Clinton's past presidential losses to both former US President Barack Obama and US President Donald Trump, told hosts Brian Becker and John Kiriakou that Gabbard's anti-war stance has a chance of attracting the attention of US voters come election time.

"There's an anti-interventionist feeling in the country, and Tulsi has been very smart in playing cross-partisan games, in that she's going to reach out to people who are independents as well as people who are Democrats," he said. "She's an important player, raising important issues and will move the agenda."

Earlier this week, Bari Weiss, opinion writer and editor with the New York Times, appeared on the Joe Rogan Experience podcast. During her interview, she jumped on the Gabbard-bashing train to call the politician an "Assad toady."

However, when it came time to explain what a "toady" means, Weiss blanked and instructed someone off-camera to to look up the definition. Rogan eventually clears things up, reading off an online definition that reads, "A person who flatters or defers to others for self-serving reasons."

​"That was amazing," Zeese told Kiriakou, recalling Weiss' remarks. "The New York Times on these kinds of issues of US militarism is not to be trusted… and I think they don't like Tulsi because she is challenging the bipartisan pro-war, pro-militarism position that New York Times echoes."

Joining Gabbard in the race for the nomination are several Democrats such as US Sen. Elizabeth Warren (D-MA); US Sen. Kirsten Gillibrand (D-NY); US Rep. John Delaney (D-MD); South Bend, Indiana, Mayor Pete Buttigieg; and US Sen. Kamala Harris (D-CA).

But while many may think that Harris is a progressive candidate who previously fought against the death penalty and the three-strikes law, voters would do well to look deeper into the Democrat's past, according to Zeese.

"If you scratch the surface and see what she did, you find that she was a horrible prosecutor, horrible [California] attorney general who did not stand up against these issues and spoke rhetorically, sounded good… played the identity card well as a black Asian woman," he stressed.

"She's challenging in that way, but she is the classic corporate Democrat who you can see what you want in her as a voter, and that's the most successful Obama-type Democrat."