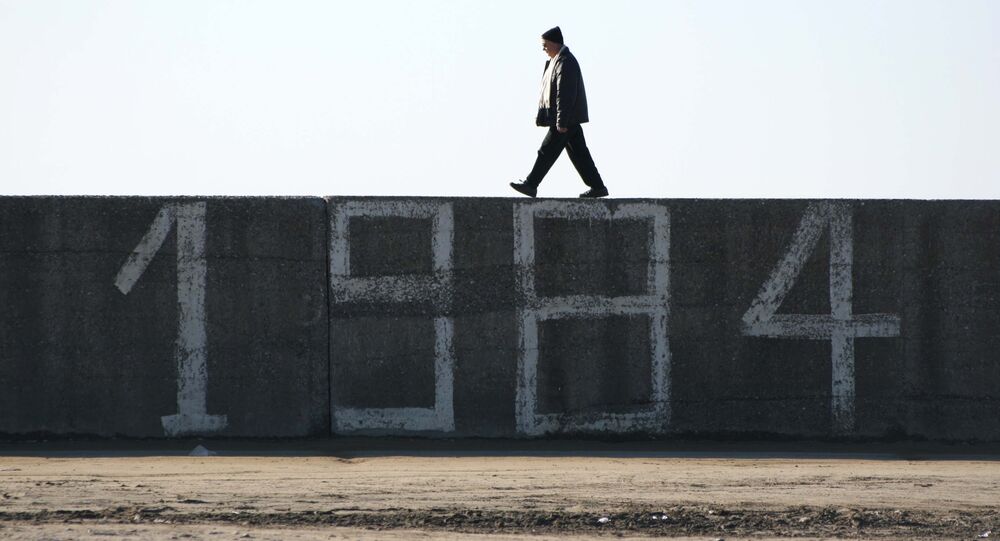 Sputnik News spoke with a leading researcher on propaganda at one of Britain’s top universities about the partnership between Microsoft and NewsGuard, a neocon outfit seeking to exert control over what the public is allowed to read.

"NewsGuard seems to be part of a range of new attempts to control what people get to see and hear in the media," said Piers Robinson during an interview with Fault Lines on Radio Sputnik Thursday. Robinson is co-director of the Organisation for Propaganda Studies as well as the chair in politics, society and political journalism at the University of Sheffield.

The neocon-backed news rating agency has made its way onto Microsoft's web browser for Windows 10. NewsGuard is the same "news rating agency" that still classifies Fox News as a highly credible outlet and warns against trusting information from WikiLeaks.

"We've known for years that corporate media is very closely located to political and economic power, and it's got huge amounts of problems in terms of media independence. We've had a breaking away from that in recent years with alternative and independent media — with the availability of Press TV, Sputnik, RT — which provide at least the start of alternative viewpoints, and now that's in danger of being closed down again," said Robinson.

NewsGuard basically works as an internet browser extension that provides green-check endorsements of certain publications, contrasted with red-x warnings not to read other publications. Despite the company's contention that NewsGuard merely provides "nutrition labels" for news sites, nutrition labels at the grocery store do not prominently feature a thumbs-up or thumbs-down suggestion on whether to eat a piece of cheesecake.

"This really ultimately, as far as I can tell, is certainly an attempt by the mainstream, broadly speaking, to try to make sure people keep on listening to them and don't listen to other voices out there. We know the mainstream media doesn't do its job in speaking truth to power. That's been challenged in recent years, and these kinds of developments threaten to take us back to square one. This is a very, very dangerous [and] bad development," he said.

NewsGuard has ranked MintPress News, Sputnik and RT as "untrustworthy." When asked for comment about whether the company is biased — the very charge it has leveled against numerous outlets — a spokesman for the company previously told Sputnik that it does not have any bias "at all." (Harvard's Nieman Lab reported last year that NewsGuard has given "a few" liberal news sites red-xs while dishing out red-xs to "many" conservative news sites.)