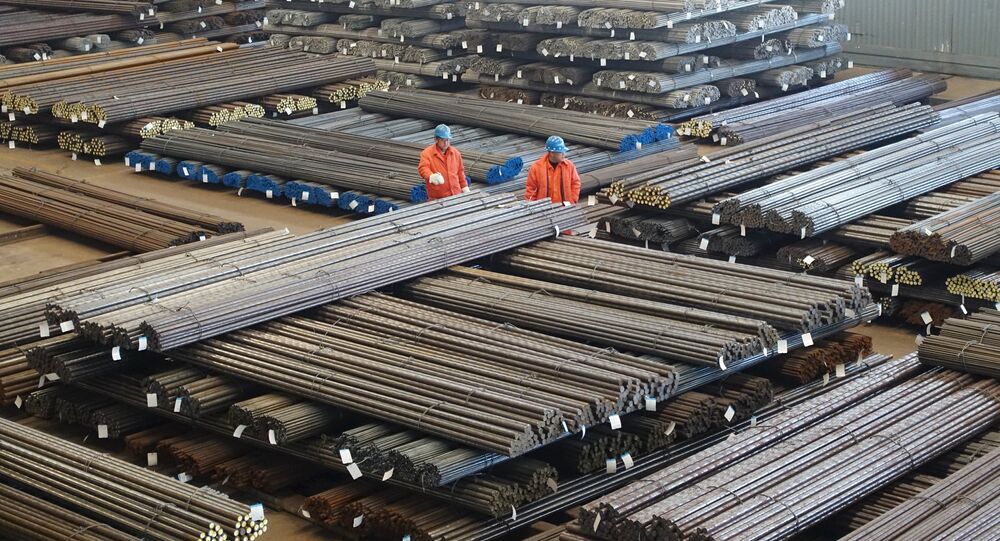 Feeling the pressure of the US-China trade war, the European Union (EU) has voted to limit imports of steel from other countries, including Brazil. The measures, which will come into force on 2 February, means that all steel imports to EU member states will effectively be subject to a cap until July 2021.

Sputnik discussed the implications of this on Brazil and the rest of the world with José Augusto de Castro, president of the Brazilian Foreign Trade Association (AEB).

"All restrictions lead to a decline in world trade. For Brazil, of course, this is not very good news, especially since it was caught off guard, because no one at that time had any idea that there would be a meeting with representatives of the European Union [On 13 January, a video conference took place between representatives of the Brazilian Foreign Ministry and the European Commission during which the issue of imposing trade restrictions on Brazilian exports were discussed], despite the fact that the European Union's share of Brazilian exports is low," the expert explained, stressing that this measure could initiate further restrictions for other types of goods.

© AP Photo / Alex Brandon
US Trade Deficit with China Surged to $323 Billion Last Year
There are disagreements between European manufacturers regarding the application of these measures, as well as concerns about a possible increase in steel prices on the continent. However, there are powerful industry members who are in favour of adopting this measure.

In 2017, Europe accounted for 18.1 per cent of Brazilian steel exports. The economic quotas that will be imposed on steel mainly relate to finished products, in other words, products that the production of which creates jobs and added value, the AEB president noted. However, most Brazilian exports to Europe in this sector are intermediate goods.

"The impact of these measures on Brazil won't be so strong, since its exports [to Europe] correspond to the quota given to it. This reduction will not be as large as in the case of the United States. The share of Brazilian steel exported to the EU is relatively small, it's at about 15%. But this is another brake for international trade, which is what we want to avoid," José Augusto de Castro added.

The Aftermath of the Rivalry Between the US and China

According to the expert, the EU's decision to limit imports is indirectly related to the trade war between the United States and China.

China, one of the main exporters of steel to the EU, will suffer most from these restrictions. In addition to Brazil and China, the negative effects will be felt by India, Russia, South Korea and Ukraine.

"China is the world's largest producer [of steel]. The country has an overproduction of about 500 million tons and the price of steel makes it possible to export it to any country in the world. Brazil is an open country, [which] accepted this and buys Chinese steel," de Castro noted.

According to the AEB president, Brazil produces around 30 million tons of steel per year, which is less than China. However, what is most troubling is the possible implications that these measures could have on world trade as a whole.

"Economic activity in the EU is gradually decreasing. Therefore, I would say that this preventive measure could possibly result in the fact that recession in the European Union as a whole will have more serious consequences," the Brazilian expert said.

José Augusto de Castro voiced his concern over the potential slowdown in the global economy, and noted that the limit of steel imports by the bloc is evidence of this. According to him, because of these partially proactive measures a slowdown in economic growth in Europe is being passed on to other countries:

The Brazilian Foreign Trade Association president also explained that this measure by the EU is associated with a drop in economic activity in European countries. The expert believes that the economic bloc remains influential and may initiate a trend towards the introduction of economic safeguards by other countries.