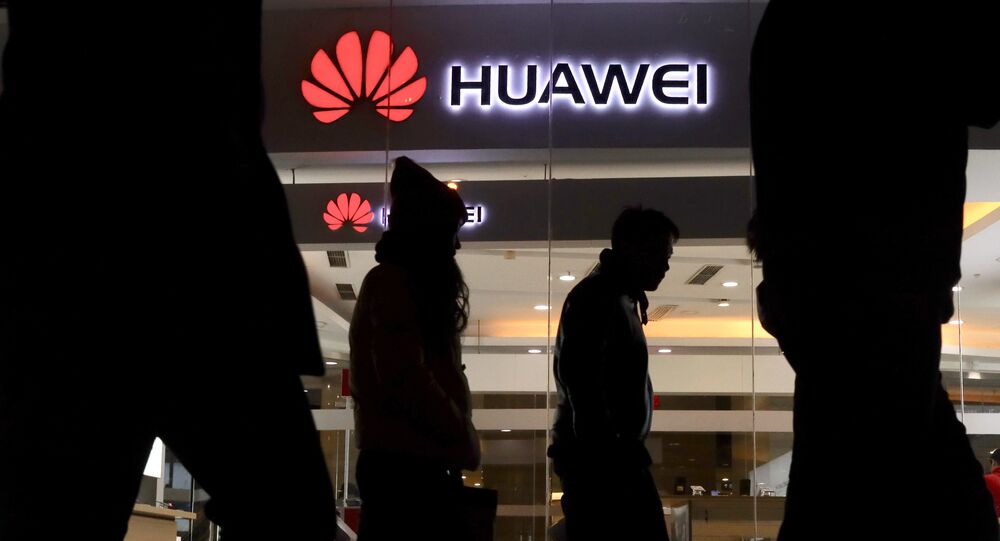 A new piece of bipartisan-supported legislation would ban the sale of US parts and components to Chinese telecom firms Huawei and ZTE, but it’s essentially an economic attack aimed at preventing other countries from using Huawei tech, an activist tells Sputnik News.

David Ewing, chair of the San Francisco chapter of the US-China Peoples Friendship Association, joined Loud & Clear on Sputnik Radio to discuss the legislation Thursday. The US-China Peoples Friendship Association is a 501(c)(3) nonprofit whose goal is "to build active and lasting friendship based on mutual understanding between the people of the United States and the people of China."

​"The US, of course, has a massive spying program worldwide," Ewing said, but it's only allegations of Chinese spying and corporate espionage that get any media attention. "In reality, China is actually ahead of the US in a few areas of technology. For example, Huawei company is a world leader in 5G technology. It has the best platform for 5G. It's used all over the world already. But allies of the United States, and the US [itself], are trying to prevent countries from using Huawei technology."

"Australia and New Zealand — and I think Poland — are trying to ban Huawei chips and the Huawei 5G system. But much of the world, especially countries involved in China's massive Belt and Road Initiative, they're all going to use technology from Huawei, because it's a new technology, but [Huawei's] platform has been proven to be reliable," said Ewing.

The ban on trading with Huawei and ZTE would ironically criminalize an element of trade relations between the US and China — though of course the US proclaims the virtues of capitalism, trade and the free exchange of goods and services. For decades American companies have made their goods in China, relying on relatively cheap labor there compared with the cost of labor in Western nations.

Now that China is able to produce certain technologies indigenously that compete with the commercial interests of US-based telecommunications firms, the Senate wants to make it a criminal act for US firms to provide parts or components to them.

Both Huawei and ZTE have been maligned in the US media as extensions of Chinese intelligence services. But would that be so unusual? Leading American telecommunications giant AT&T was reported to be a collaborator with Washington's National Security Agency (NSA) by the Intercept last June, which cited NSA documents in its article.

Among the hundreds of properties owned by AT&T across the US, at least eight are being used by the NSA to suck up billions of records from internet and cell phone users that don't even have contracts with the company.

The NSA collects "not only AT&T's data, they get all the data that's interchanged between AT&T's network and other companies," Mark Klein, a former AT&T technician at the company's office in San Francisco, told the Intercept at the time.

"Actually, the whole world can see very clearly that the real intent of the United States is to employ its state apparatus in every conceivable way to suppress and block out China's high-tech companies," the spokeswoman added.

"China provides much political fodder. Americans today are obsessed with their country's relationship with China and what it means for their futures. The politicians know it," Gordon H. Chang, professor of history at Stanford University, wrote in a 2016 piece for South China Morning Post.

"There is an obvious and good explanation for this: China has become an economic global superpower. From Africa and Central America to middle America, China is establishing an unprecedented economic presence," Chang noted.