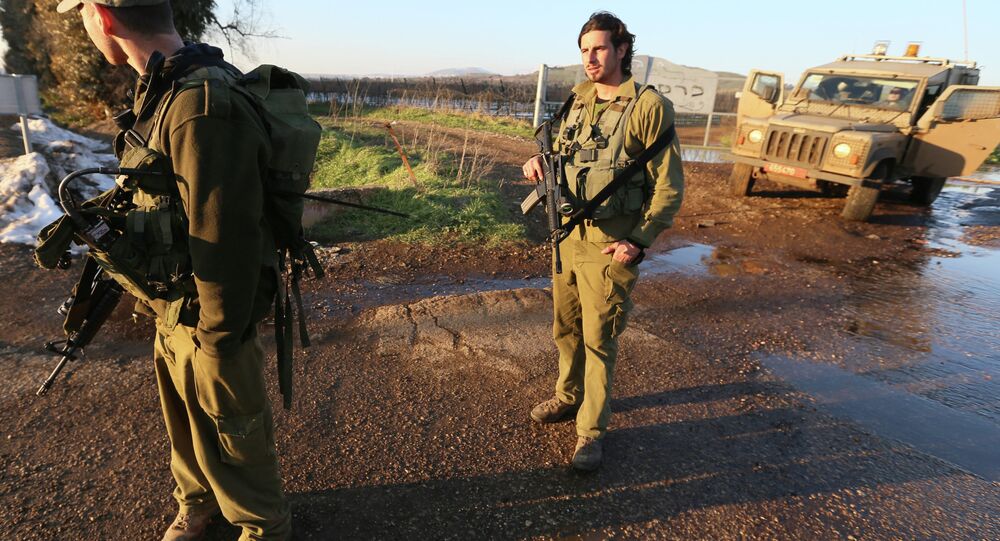 Israel did provide Syrian rebel groups with arms in the border region as an alternative to Israeli boots on Syrian ground, Israeli political commentator Avigdor Eskin has told Sputnik, stressing that the measure was taken to secure the Syrian-Israeli border and refuting the claims that Tel Aviv sought to oust Bashar al-Assad.

"Israel did work with the rebel groups, who took over the territories near our border", Israeli political commentator and publicist Avigdor Eskin told Sputnik, commenting on outgoing IDF Chief of Staff Gadi Eisenkot's statement that Tel Aviv had provided arms to the Syrian opposition.

"We did not invite them but since they came we had to deal with this new reality", the Israeli publicist highlighted. "There was a choice between such cooperation and our boots on Syrian soil — military penetration into Syria in order to protect the borders. Israel did the right thing by having chosen the first option. This included humanitarian aid and some weapons supply as well".

"We carried out thousands of attacks [in recent years] without taking responsibility and without asking for credit", Eisenkot told the media outlet.

He specified that Tel Aviv supplied Syrian rebels along the Israeli-Syrian border with light weapons "for self-defence". It was the first time that an Israeli official has confirmed that Tel Aviv's assistance to the Syrian opposition had gone beyond "humanitarian aid".

"The information is not new", Eskin remarked. "What was newsworthy in this interview is the disclosure of the operation against Iran".

The publicist said that "Israel has destroyed over a thousand Iranian military objects in Syria during the last two years and Iran was helpless against it".

"The purpose was to tell Iran to get out of Syria. This is the right thing to do. Iranian withdrawal will help to restore peace and stability in Syria", he opined.

© Sputnik / Pavel Lisitsyn
Israel is Capable of Taking Out S-300 and S-400, But Won't Do This – Publicist
In September 2018, Foreign Policy magazine broke that Tel Aviv covertly "armed and funded at least 12 rebel groups in southern Syria that helped prevent Iran-backed fighters and militants of the Islamic State from taking up positions near the Israeli border in recent years".

According to the magazine, that cited "more than two dozen commanders and rank-and-file members" of Syrian rebel groups, Israeli security agents delivered arms through "three gates connecting the Israeli-occupied Golan Heights to Syria". It specified that the same crossing was used by Tel Aviv to provide humanitarian assistance to Syrian civilians in the southern part of the country.

Given Israel's assistance to rebels the question arises as to how Tel Aviv's attitude towards Syrian President Bashar al-Assad and his government has been changing during the Syrian civil war that started in 2011.

"During the first period of war many experts in Israel supposed that Assad is going to lose and therefore there was a need for new flexible approach", Eskin recalled.

He noted that "then the prevailing view was that the current regime is a real option and the best option for Israel".

"Israel had never to undermine Assad regime", the political commentator stressed. "There had never been such a goal. The outcome of this conflict is very beneficial for Israel. And the last thing Israel wants today is Assad's removal".

The publicist pointed out that "many people forget that Israel was the first to help the Kurds against Daesh (ISIS/ISIL)* in Iraq and was very active against Daesh in Syria and on the Sinai Peninsula alongside the operations against Iran".

"The position of Jerusalem was very careful and balanced and no boots on their territory," Eskin concluded.