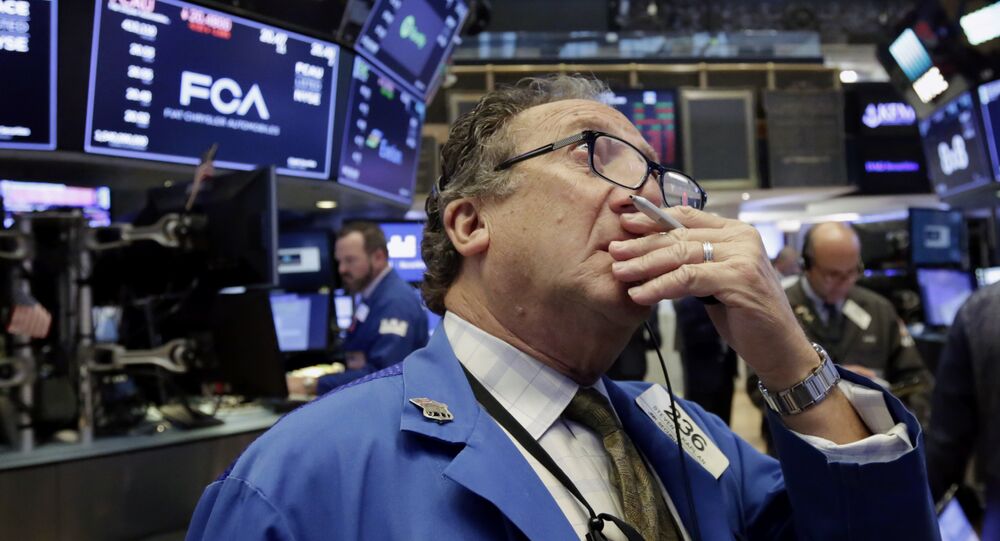 Washington's trade war with China has failed to reduce the US-Chinese trade deficit. Quite the contrary, China's trade surplus hit a record high of $323 billion in 2018, despite Donald Trump's tariffs. Speaking to Sputnik, Chinese researcher Xiang Jun'yong warned that the US' restrictive measures would further backfire on US industries.

China has a huge consumer market and occupies a large niche in the global supply chain, so the boomerang of Washington's restrictive tariffs will backfire on a variety of industries in the US, said Xiang Jun'yong, a senior research fellow at the Global Energy Interconnection Development and Cooperation Organization (GEIDCO), throwing the assumption that the US-Chinese trade war can "make America great again" into question.

"First, it is [American] agricultural products that could come under attack", Xiang told Sputnik China. "In addition, China is the largest market for many [American technological] companies, for instance, Apple. The future of high-tech companies, patent companies, companies engaged in the service sector — Intel, Qualcomm — is not rosy".

The Chinese researcher pointed out that similarly, the situation on the US stock market is also not encouraging.

He recalled that earlier, stock markets had usually plummeted during serious trade disputes between Washington and Beijing. Xiang also foresees an increase in consumer prices.

© AFP 2021 / TED ALJIBE
Gas, Arms and Trade: New US Law is Military Tool to Encircle China – Activist
In December 2018, US Trade Representative Robert Lighthizer signalled that 1 March 2019 is a "hard deadline" for the US-Chinese trade deal, setting the date of the planned tariff hike on Chinese products on 2 March 2019.

However, the researcher does not believe that the US-Chinese trade frictions can be solved in a short span of time: "There should be a long process of negotiation and a quest for a compromise. We need to get used to each other, which requires mutual wisdom and restraint from each of the parties".

Meanwhile, China "continuously increases its level of openness to the world", Xiang emphasised: "We are cutting our stopping list for foreign investors, expanding the access of foreign capital in [China's] financial sphere, etc."

At the same time, the US is also suffering from its own domestic problems, he noted, referring to the confrontation between the Republicans and the Democrats that led to the government shutdown.

According to Xiang, the USA is trying to divert public attention from internal problems to the trade war with China. "Actually, in the long run, it is not in the US interest", he remarked.

© AP Photo / Richard Drew
Falling Apple: In Three Months, Company Lost More Value Than Facebook Is Worth
Meanwhile, the Sino-American trade war has already backfired on US companies. Thus, Apple cut its revenue guidance in early January 2019, referring to weak iPhone sales and pinning the blame on the economic situation in China. The company reduced its revenue forecasts from $93 billion to $84 billion, stressing that the slump in purchases happened "primarily in Greater China".

Likewise, car sales in China have fallen by 6 percent for the first time in 20 years, while sales of American cars in the People's Republic have declined even more. Over the first six months in 2018, Chinese buyers purchased only 400,443 Ford automobiles. This is 25 percent less than a year before. It is likely that the fall in overall sales will exceed 50 percent for 2018.

LVMH, Hermes, Gucci and Tiffany are also complaining about the decline in sales in China and, as a result, the slump in stock prices.

The Dow Jones Industrial Average lost 5.6 percent over the year; Standard & Poor's 500 lost almost 6.2 percent in 2018, for the first time over the past 10 years. Furthermore, in December, the index was falling even faster than during the Great Depression.

In addition, the US-Chinese trade deficit continues to grow despite tough trade measures adopted by Donald Trump and his team.