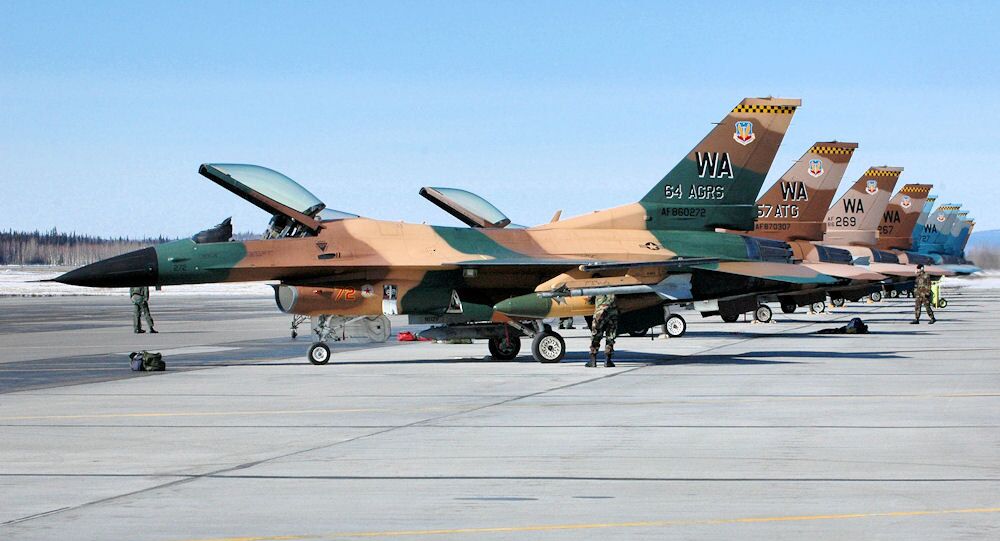 Croatia and Israel terminated a deal for a dozen used F-16 aircraft amid opposition from the United States over the delivery of the planes to the Balkan nation. Sputnik discussed this with Dr Emmanuel Navon, an International Relations expert who teaches at Tel Aviv University and at the Herzliya Interdisciplinary Centre in Herzliya, Israel.

Sputnik: The Israeli Defence Ministry said that implementation of the deal ran into "unforeseen problems". What is it that nixed the deal?

Emmanuel Navon: It has to do mostly with the fact that some of the technology is American. And whenever Israel sells military technology that involves American knowledge, very often the United States gets involved when they don't want this technology to get to countries that they don't think should be buying it.

Sputnik: Why is the US opposed to the purchase?

© AP Photo / Ariel Schalit, file
US, Lockheed Kill Croatia’s F-16 Deal With Israel
Emmanuel Navon: It looks like when it comes to Croatia, this, of course, is one of the countries that used to be involved in the wars in Yugoslavia; even though Croatia today, of course, is a member of the European Union, so the United States shouldn't have any problem with that. But the US has been getting involved in many of Israel's military sales overseas, not only in Croatia. It seems that it has to do with sensitive issues within NATO that the United States today is much more careful about what NATO members buy from whom.

Sputnik: How grounded is the US move to prevent third-party transfers of the aircraft? What entitles Washington to have a final say in such dealings?

U.S. Air National Guard photo by Senior Airman Jon Alderman
Vermont Colonel Forced to Resign For Flying F-16 to Booty Call in Washington, DC
Sputnik: What impact could the termination of the deal have on the US relations with Israel and its NATO ally Croatia?

Emmanuel Navon: This, with all due respect to Croatia, is not such a big deal for Israel as opposed, by the way, to Israel's military sales to China. In the case of China, when the United States basically blocked the sale of drones to China from Israel in 2000-2001, it did create a crisis between Israel and China; and it took many years to rebuild this relationship. I think in the case of Croatia, the issues at stake are not as important as they were with China, and therefore I'm sure they will find a way to settle this crisis.

Sputnik: Former Defense Minister James Mattis is a vocal opponent of the deal while, on the other hand, Secretary of State Mike Pompeo said he had nothing against the purchase. Now that Mr Mattis has resigned, how much room is there to revive the deal, or is it terminated for good?

Emmanuel Navon: I think that, as you've mentioned since Mattis is no longer Secretary of Defence, there is a chance now that the deal might actually go through. Obviously, there are many question marks regarding the functioning or lack thereof of the White House, and who actually has the last word, or who does have an influence on the president.

But I think that with Mattis out of the way and the two key foreign policy and defence advisors or people in the US government, I mean Mike Pompeo and John Bolton, they are very favourable to Israel; and I think as Pompeo said he had no issue with that military sale, it might actually go ahead despite the previous opposition.

Sputnik: What other options do Israel and Croatia have?

Raytheon
WATCH: F-16 Conducts Ultra-Low Flight Maneuvers Over Japan
Emmanuel Navon: Again, if Israel was to sell to Croatia technology that is completely unrelated to the United States that might be one solution when it comes to Croatia. Croatia as a member of NATO and the European Union, obviously, has other options; Israel is not the only option for Croatia. And again, for Israel, with all due respect to Croatia, of course, it's not a major market for Israel.

So, again this crisis should be put in context; it is not a disaster for the Israeli defence industry, and Croatia, of course, has other potential suppliers.

Views and opinions, expressed in the article are those of Emmanuel Navon and do not necessarily reflect those of Sputnik