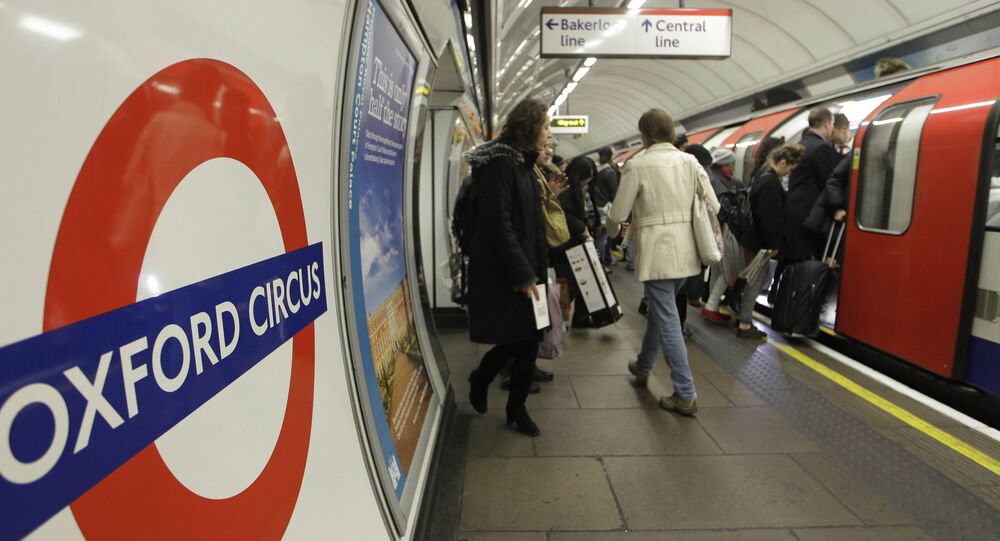 Experts have said that pollution in the London Underground stations is 30 times higher than beside the capital’s busy streets. Sputnik spoke to Sotirios Papathanasiou, air quality expert and author of the book 'See The Air,' and asked him how bad the pollution is in the Tube, and what is causing the low air quality.

Sputnik: How bad is the pollution in the London Underground?

© AP Photo / Victoria Jones
Suspicious Vehicle Prompts Evacuation at a London Mall, Closure of Tube Stations (PHOTOS)
Sotirios Papathanasiou: So first of all, we have to think that we do not know how bad the air in the Underground is because there are no official measurements taken there. The Underground doesn't provide official measurements to the public. For example, the last measurements they took were back in 2018, I think in November. But they said that they were going to take new measurements in a few months — so a few months could be two to nine months. So they don't want to provide official data to the users, because authorities and governments they don't want to scare people with air pollution and the fear factor.

The fear factor is that [authorities] don't want to give that to the people right now, because they fear that people would get scared, they won't use the tube, and they will drive more and stuff like that. So they avoid giving information to the people, okay? And this is actually something that I have heard personally from someone, from local authorities in London. So basically, to sum up, we do not have official data about air pollution in the underground; we have only some measurements that were taking time from time to time, without considering many factors, like weather, traffic outside and stuff like that.

Sotirios Papathanasiou: The Underground is a closed place. So basically, if they want to introduce fresh air, they have to extract the air from the street. So they introduced this air into the Tube and it stays there. And with time it builds up. The train itself produces some particles from breaks, from the rail tracks, and people also produce particles as they move around.

Sputnik: According to data collected by King's College London, Hampstead station on the Northern Line is the most polluted one. Why is that so?

Sotirios Papathanasiou: The Hampstead station has a really high problem of air pollution, probably because of the poor ventilation the station faces, and because the tracks, trains and people are producing particles all the time. And if you don't refresh the air, or filter it, it stays there all the time, year after year.

© CC0
Chaos in London as Tube Strike Shuts Mainline Railway Station (PHOTOS, VIDEOS)
Sputnik: Transport bosses have been urged to reduce pollution. What measures could be adopted to fulfil the task?

Sotirios Papathanasiou: Authorities and governments say that they acknowledge the problem, but I fear that they don't want to take some drastic measures right now because they don't want to scare the users. What is needed is the ability for people to see how bad or good is the air in the Tube. The first thing they have to do is to monitor the air quality inside the Underground stations. And they have to provide the data to the users. By doing that, at the end they will take some actions — for example, replacing more frequently the filters (if they have them); considering better sources of fresh air for the station.

Because if we take, for example, the air from the street level, where cars drive, they introduce some pollution from there too, but if they take the air from higher levels, they will have better air quality inside the Tube. For example, if there are buildings outside of the station, they could put some high tubes up into buildings, and then take the air from a higher altitude. In the latest unpublished study from the King's College, they say that the concentration was 492 micrograms per cubic meter — this is actually visible by the naked eye.

In general, when we speak about air pollution we say that this is an invisible killer, something we cannot see but it does affect us. But in these high concentrations, we can actually see it, because it defuses light. So if you look at the light inside that the train, you see that there is a blur or something similar. And as I told you before, by the time they'll monitor the air quality constantly inside the tube, they will become more aware and people will become more aware of air pollution.