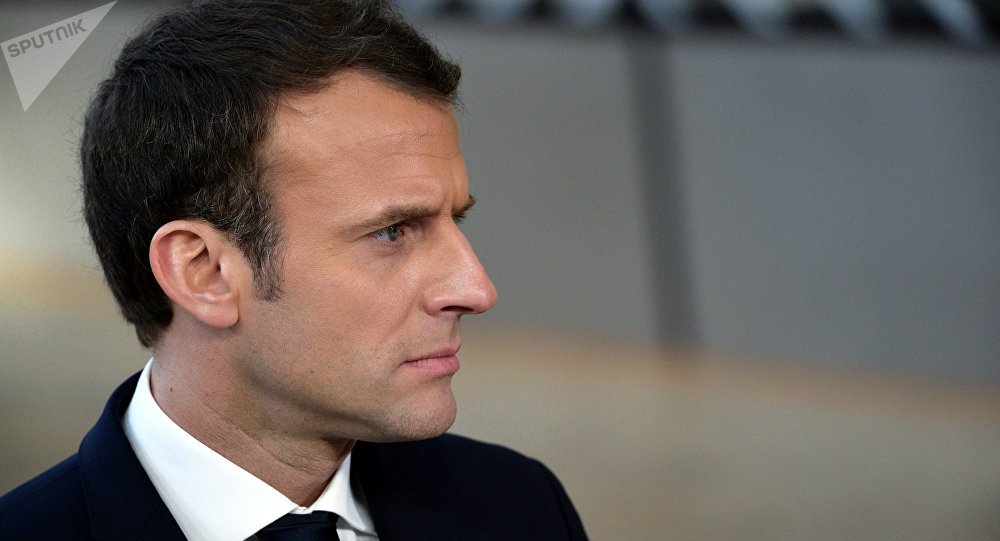 A stylistic and linguistic analysis of French President Emmanuel Macron's speeches conducted by linguist and author Helios Jaime indicates that the president is trying to calm the yellow vests down without offering any specific promises in response to their demands for reform.

Speaking to Sputnik France, linguist and author Helios Jaime expressed doubt that French President Emmanuel Macron will pursue any changes in his domestic policies in the wake of the yellow vests protests.

Jaime carried out a stylistic and linguistic analysis of Macron's three speeches concerning the yellow vests protests: the one he delivered on 1 December 2018 in Argentina, his 10 December speech, as well as his response to the petition on fuel prices published on 20 December 2018 on Change.org.

Before examining each of Macron's statements  in detail, the linguist remarked that although the expression "yellow vests" had already entered the lexicon of the French, neither of these two words was used by the president in the aforementioned speeches.

© AFP 2019 / Eric FEFERBERG
Parts of France Ban Yellow Vests as Police Expect New Wave of Violence - Reports
Citing Macron's Argentina address, the author drew attention to its ending: "I will always respect those who disagree and I will always hear any dissent but I will never accept violence".

The linguist highlighted that the president used verbs in the future tense, while the adverb "always" prolongs the perception evoked by Macron's words.

Jaime also placed emphasis on the word "to hear" that was chosen by the president in contrast to the verb "to listen".

"You can hear a noise without paying much attention to it, but 'listening' means being attentive to what one says", the author underscored. "Is this semantic difference one of the reasons why Mr. Macron did not mention 'yellow vests' [in his speeches]?"

In the first part of his speech, Emmanuel Macron "focused on the suppression of violence that, according to him, benefits opportunists and politicians, without specifying who these opportunists are, without naming specific parties and political leaders", the linguist noted.

© Sputnik /
Yellow Vests Revolution Drives Beyond France's Borders - Author
The president also "explained the fall in living standards by the policy pursued during the last 40 years", stressing that he wanted to change this "through reforms which were conducted during the 18 months of his presidency", the author noted.

"However, he did not mention the fact that the yellow vests protests were prompted by these reforms," Jaime stressed.

Additionally, the linguist pointed out that Macron "addressed [French] citizens almost individually, using the personal pronoun 'you' instead of the noun 'people'".

"Since he did not mention either the people or the nation, the pronoun 'you' could be referred only to those who voted for him, excluding in this case those who did not," the author opined.

Finally, the linguist highlighted several vague points in the French president's response to the Yellow Vests' petition on fuel prices.

For instance, Macron noted that there would be no increase in electricity and gas prices during the winter. "Does this mean that they will rise at the end of winter?" Jaime asked. "Mr Macron did not specify anything."

© AFP 2019 / Geoffroy VAN DER HASSELT
'Justice Will Prevail': Macron Denounces Violence at Yellow Vest Protests
"Then, he admitted that 'after 18 months of action, the ongoing reforms have not brought any tangible results'. But the fact that they are not perceptible enough does not imply that these reforms are erroneous. This could imply that his government would continue to adhere to the basic principles of the policy that caused the protests," the author presumed.

Jaime concluded that Macron's "main message is the intention to suppress violence without specifying the means or naming the perpetrators". The French President "accepted the popular anger, which led to some concessions to yellow vests and an invitation to dialogue", the author continued.

However, "the analysis of the linguistic and semantic means used in these three speeches indicates that the president is trying to convince the yellow vests of his government's good intentions without offering specifically even the slightest revision of the basic principles of his policy," the linguist highlighted.