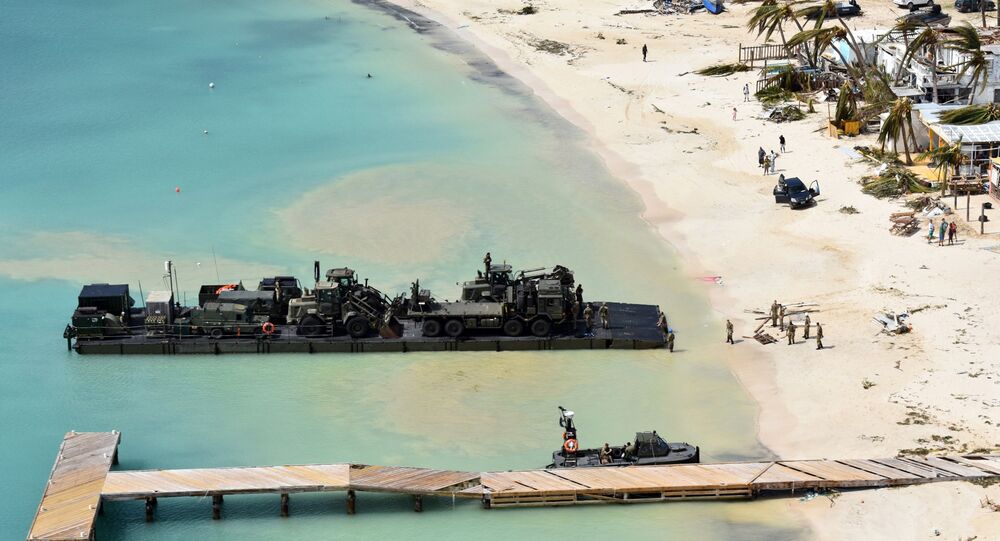 Britain still owns several islands in the Caribbean and there are concerns about how they will be affected by Brexit. Sputnik spoke to the former Prime Minister of the Turks and Caicos Islands.

Next week British Prime Minister Theresa May will submit her Brexit deal to Parliament but the chances of it being passed seem to be diminishing by the day.

A no-deal Brexit would not only mean no access to European markets for British goods but it would also affect the UK's last remaining overseas territories — including Bermuda, Anguilla, the British Virgin Islands, Cayman Islands and Turks & Caicos Islands.

Michael Misick, the former Prime Minister of the Turks and Caicos Islands — a tiny archipelago in the Caribbean — said a no-deal Brexit would remove one of the key arguments for the islands to remain British.

"Most people are of the view that the main benefit in remaining British was access to Europe, now that is gone there is no benefit," Mr. Misick told Sputnik.

He said he thought support for independence would grow in the Turks and Caicos Islands, and possibly elsewhere if the British government went ahead with a no-deal Brexit.

Mr. Misick has his own reasons for resenting British rule of the islands.

He is currently on trial for alleged corruption — a trial which began on 2016 and has cost taxpayers on the islands more than $30 million.

Mr. Misick insists he is innocent and on Monday, January 14, his defence team is expected to ask a Jamaican judge who is overseeing the trial to throw out the charges.

Britain Slow To Help Out After Hurricanes

In 2017 several of the islands were hit by Hurricanes Irma and Maria and there was anger at the British government's sluggish response.

But the Turks and Caicos Islands are not the only imperial outpost which is worried about the consequences of Brexit.

The Economist magazine reported in August about concerns in Anguilla, which has a trading relationship with St Martin, a nearby French colony.

"We find it insulting because we are being affected directly. The Anguilla/St Martin border has been a soft border for years and we are concerned this Brexit situation could turn out in the negative," DJ Hammer, a radio host with Klass FM in Anguilla told DW.

​Andrea Ewart, a lawyer specialising in Caribbean trade, said Brexit was a big concern not only to Britain's existing overseas territories but also to its former colonies in the region, especially Jamaica, Trinidad & Tobago and Barbados.

"The Caribbean is highly dependent on trade. We have economies that are burdened with debt, that run high trade deficits, and the only way out of this impasse is to expand our trade," she told CaribNation TV.

The British Empire has been in the Caribbean since the 17th century and underlying the relationship is the brutality and shame of the slave trade, which involved British ships bringing slaves from Africa to work on sugar plantations in the islands.

The views and opinions expressed in this article are solely those of the experts and do not necessarily reflect Sputnik's position.