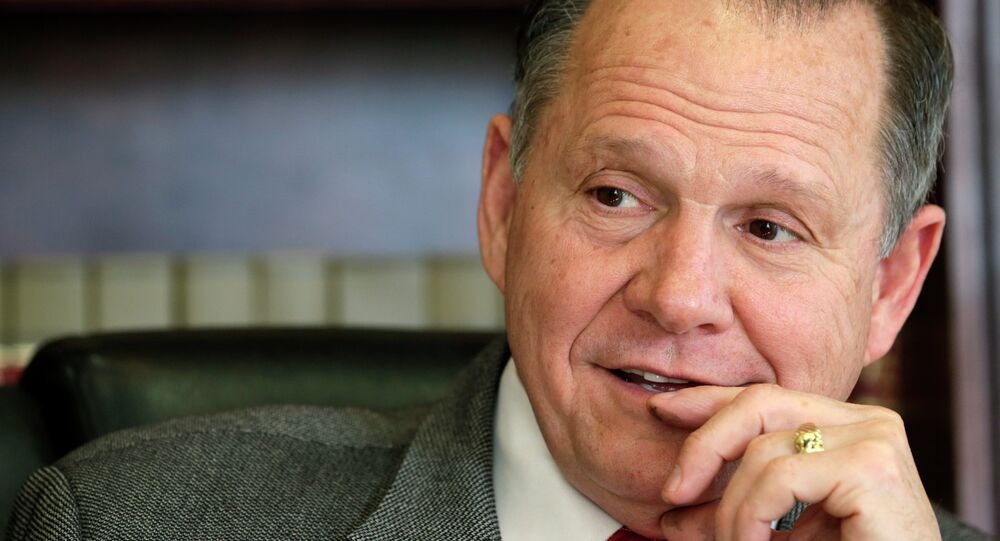 A second Democratic Party false flag operation in Alabama’s 2017 special Senate election has been uncovered. But with a bigger budget and much shorter time period than so-called Russian election interference in 2016, the lackluster performance of the Alabama projects seems to cast Democrats’ Russiagate accusations into further doubt.

"Dry Alabama" is the campaign that never was. Two weeks before the December 12, 2017, special election to fill the US Senate seat vacated by Jeff Sessions' appointment to the office of US Attorney General, state Democrats started up a fake effort to promote the idea that if Republican candidate Roy Moore won the election, Alabama would become a "dry" state; that is, the sale of alcohol would be banned, the New York Times reported Monday.

The aim of the operation was to frighten small business owners who typically voted Republican into depriving Moore of their support out of sheer material self-interest: banning alcohol sales would hurt their businesses.

"Business conservatives favor wet; culture-war conservatives favor dry," progressive activist Matt Osborne, who worked on the "Dry Alabama" project, told the Times. "That gave us an idea" for a disinformation campaign. Progressive activists like Osborne boasted of the "moral imperative" to carry out the operation, earnestly believing that Republicans were using the same tactics.

Radio Sputnik's Loud and Clear spoke with Daniel Lazare, a journalist and author of three books: "The Frozen Republic," "The Velvet Coup" and "America's Undeclared War," about the revelation.

​Lazare said it was "a case of psychological projection" that Osborne assumed GOP operatives were doing the same thing. And since "everyone feels free to blame the Russians," it was easy enough to pass off the blame on them.

Interesting to note is that the two-week project received $100,000 from Investing in Us, the report says. This is the same amount of money spent by the Internet Research Agency (IRA), that perennial bugbear of Democrats who can't stomach that Hillary Clinton lost the 2016 election, over a two-year period on Facebook ads, Sputnik reported. The Times noted only that the money came from "two Virginia donors" with a personal beef against Moore, whose reputation included attempting to solicit sex from underage girls and an energetic defense of slavery-era America. It is not clear that the anonymous Viriginia duo was the only source of funding.

On top of that, New Knowledge received the same amount of money from Investing in Us to carry out a similar operation, Sputnik reported. New Knowledge CEO Jonathon Morgan then turned around and tried to make their operation look like a Russian bot attack.

Lazare noted that the US national election in 2016 saw almost exactly 100 times as many votes cast as Alabama's special election and that Democrat Doug Jones only won the Alabama election by a razor-thin 22,000 votes out of 1.3 million cast.

In other words, Democrats spent twice the amount of money influencing the 2017 Alabama special election as they accuse the Russians of spending to influence the 2016 US national election and spent it in roughly one-fiftieth of the amount of time and on one-hundredth the number of voters.

If the impact of the these efforts was negligible in a single Alabama race, then how is it that the vastly smaller amount spent by the IRA on a US national race was somehow determinative? Hint: It wasn't.

‘We Got Us One’: Alabama Students’ Mock Lynching Sparks Outrage (PHOTO)