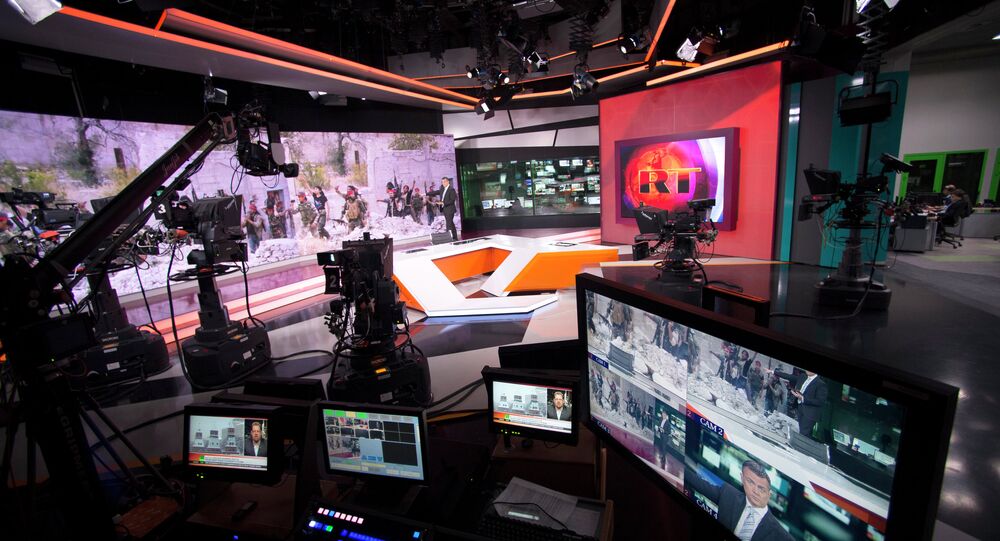 MOSCOW (Sputnik) - Anonymous has recently leaked another bunch of files that the hackers claimed had been obtained from the Integrity Initiative, a state-run British project for targeting global Russian media influence.

Leaked reports on Sputnik and RT influence commissioned by the UK government prove the media outlets are valued for their professionalism, the secretary of the Russian Union of Journalists told Sputnik.

"The smear campaign against our colleagues has backlashed against those involved in it. The audience has ignored this media circus and accusations against Russian outlets in favor of their professionalism, independence and compatibility," Union's Timur Shafir said.

© Sputnik / Evgeny Biyatov
UK Integrity Initiative: RT is 'Seen as the Most Trusted Source' - Anonymous
The project allegedly paid around 1,000 pounds to the author of one report, identified as Jassar Jamal Al-Tahat from Amman, Jordan.

"We can only wonder how much UK and other European governments waste every year on these counterproductive activities and how long it is before European taxpayers start asking this question," Shafir added.

The project appears to have researched Sputnik and RT, using taxpayers’ money. The reports found that the outlets were a social media success. They were also credited with growing mistrust of western media.

A report of the UK-based organization also said that RT, specifically, was seen as the most trusted source giving the other side of the story after the audience's long exposure to dominant Western narrative.