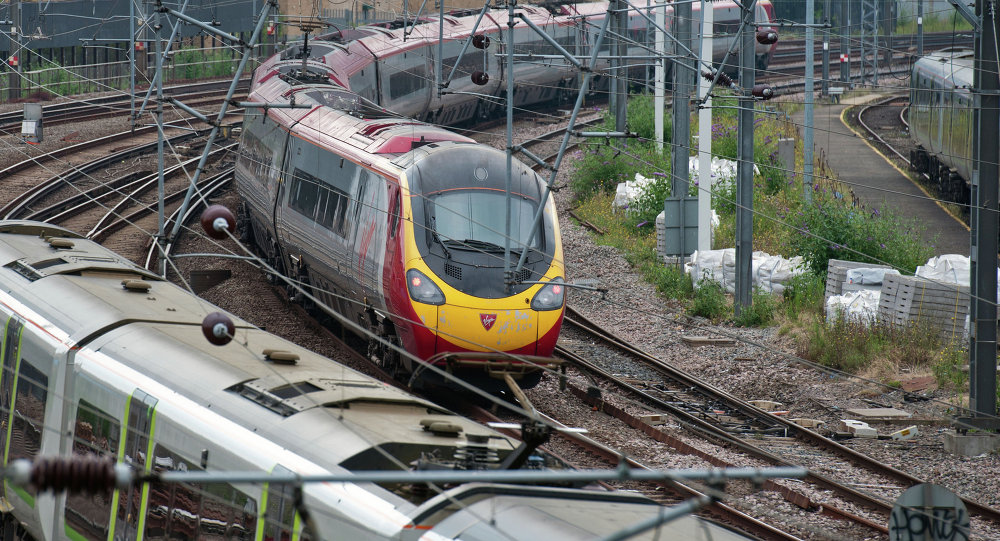 2019 has not started well for UK Transport Minister Chris Grayling, as Labour Leader Jeremy Corbyn has called for him to resign over the hike in rail fares which has caused outrage amongst passengers across the country.

The 3.1% fare rise has sparked protests at railway stations nationwide, as the increase now means that inter-city journeys could now cost over one pound per mile. Jeremy Corbyn branded the ticket price increase a ‘disgrace’ and has called for a ‘fully publicly owned railway system’. Sputnik spoke with Cat Hobbs from the campaign 'We Own It' for more insight on the issue.

Sputnik: What do you make of Chris Grayling's comment that trade unions are to blame for the rise in rail fares?

Cat Hobbs: Our analysis is that we really need public ownership because that would save us around a billion pounds a year and we could use that money to reduce fares and increase capacity on our railways.

In terms of what Chris Grayling is saying I think it's pretty unfair; I think it is a 'divide and rule' tactic and I believe that most passengers know that the railway needs to have workers, it needs to have staff, that's what keeps it running and keeps it working well for passengers. In terms of the cost of workers, it seems to be less than a quarter according to the latest figures so that doesn't seems terribly high when you consider that that has to be one of the main costs of the railway.

© AP Photo / Rebecca Naden
UK Labor Leader Corbyn Calls for Railways Renationalisation Over Rail Fare Hike
But I think really that people do understand that we need staff, we need well qualified drivers, we need guards on the trains and that's all part of providing a really great rail service that we can be proud of and that people actually want to use.

Sputnik: Is nationalization the answer and would it solve the current crisis?

Cat Hobbs: Yes so we think it is; and 76 percent of the public believes that public ownership is the solution on the railway.

© Flickr /
UK Passenger Train Derails in Kent After Hitting Cows – Railways
We've got rolling stock companies — whose only job is to lend out trains and they make a £250 million profit a year for doing that. We've got Network Rail, we've got the government trying to step in when the rail companies fail; so it's just a bit of a mess really. So if we integrated it and turned it into a more efficient rail network we would save money from that too.

And once we've saved that money we can power it back into improving services for passengers.

Sputnik: Surely under privatization passengers can pick and choose the tickets they want to get a more competitive rate?

Cat Hobbs: It's a nice theory isn't it and certainly there are lots and lots of different tickets under privatization. Again and again, we've seen the train companies launch new reviews to simplify ticketing because passengers find it so confusing.

I think if you've taken a train recently you know that not only are the fares really outrageous but they're also really really confusing and I think one of the main benefits of bringing the railway into public ownership is to simplify the tickets and make sure it's a fair system. Obviously you can get some cheap tickets on the railway, but one of the big problems is you can't just walk on and get a walk-on ticket that's affordable.

So lots of people instead of jumping on the train will jump into their cars or take the plane because it's so much cheaper. And actually we need the railway to provide a green alternative for people if we're going to tackle climate change.

Views and opinions expressed in this article are those of Cat Hobbs and do not necessarily reflect those of Sputnik.

Number of Sexual Offences on UK Railways Increases by 25% - Police