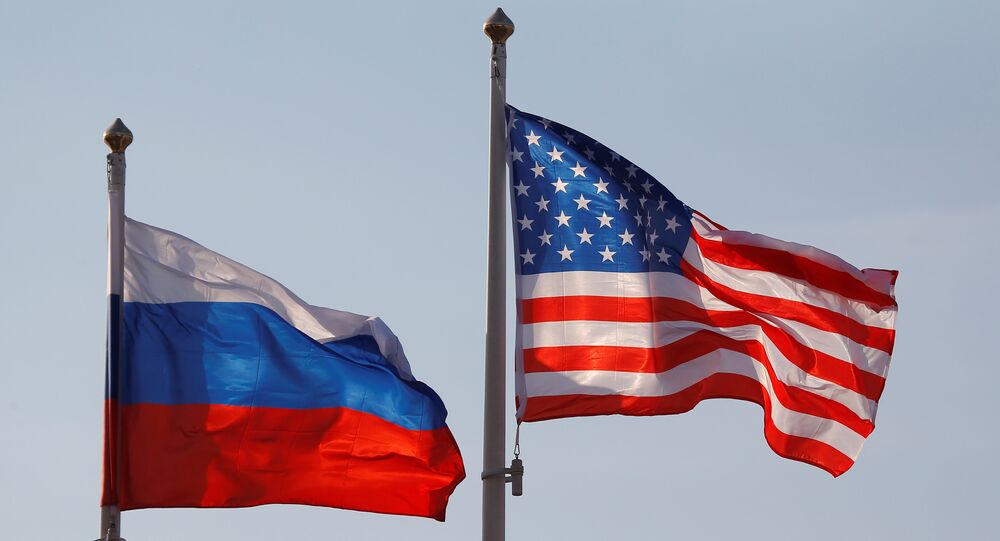 The relationship between Russia and the US is among the most critical bilateral relationships in the world. Sputnik discussed this with Stephen Lendman, an independent journalist, editor and contributor of the book “Flashpoint in Ukraine: How the US drive for Hegemony risks WWIII.”

Sputnik: Would you agree with the fact that what we're currently witnessing is a new-era Cold War? Many experts even believe that it's far more dangerous than the previous one?

© Sputnik / Alexey Malgavko
UK and US Always Knew Crimea Wanted to Re-join Russia – Archives
Stephen Lendman: I definitely believe that is the case. I lived through the entire Cold War I which I remember well […] and indeed, things today are much more dangerous, much more dismal; they are worse than what was going on during the Cold War era. We're definitely in what I call Cold War 2.0; it's a much more dangerous situation. There's a serious risk of confrontation between the US and Russia; and if there's a confrontation, there is a risk that it could go nuclear. The risk is there, and the Western media, especially in the US, report nothing about this. What they should feature and explain to people wanting to avoid this, they say nothing about.

Sputnik: Throughout the year the word that comes to mind is ‘allegations'; we have constantly heard allegations about Russian meddling in the US elections, or the Skripal case. It's always been allegations and never any proof; and yet we're witnessing more of this.

Stephen Lendman: That's the key. All of these accusations are groundless because not a shred of evidence backs them up. If you take these things to a court of law, the judge will throw them out; if you don't have any evidence, you don't have any case. That's exactly the issue with all of the allegations, accusations and everything else against Russia mainly by the US and Britain. And it goes on endlessly […] and there will be more. There will be other provocations and other things going on. The Kerch Strait incident, of course, was made in the USA; probably they are complicit with Britain. But again, Russia defended its national territory, Ukraine was a provocateur, but America was the orchestrator.

Sputnik: In past years, despite whatever the state of relations happened to be, the White House and the Kremlin were able to negotiate very important agreements — the Iran nuclear deal and the New Start Treaty on the reduction of nuclear arms. What we're witnessing now, Trump is pulling out of very important agreements; what's going to happen? Can we go back to a situation where Russia and the US will be able to negotiate?

Stephen Lendman: I am very scared. […] I understand what is going on now and I am terrified that we can end up in WWIII by what I call accident or design. The warmongers in Washington — Republicans and undemocratic Dems, including a so-called progressive like Bernie Sanders who is hostile to Russia, to China, to Iran; he has voted for the US national defence organizations one year after another. And these are organizations for war-making and opposing peace. Even Bernie Sanders is on the wrong side of these issues. […] None of these countries support war-making anywhere.

© CC BY 2.0 / Bobo Boom
Russian National Detained in Finland at US Request - Consulate
In the Middle East, Iran is the leading peace-making nation which is never known because of the propaganda against Iran. Russia is absolutely for peace; China is for peace. Either Russia or Iran, or China attacked another country. But throughout its history, the Russian Federation never attacked another country. In 2008, it went into South Ossetia to defend Russian nationals who were being massacred by the Georgian government making order from Washington. Iran hasn't attacked another country in centuries; China isn't at war with any other country. And the only nation of war perpetually is America and its NATO allies. So, who are the heroes and who are the villains? I think there isn't much doubt about that.

Sputnik: In a very recent development we've heard Donald Trump announce plans for withdrawing US troops from Syria and this has prompted US Defense Secretary James Mattis to resign. There's been a lot of talk from US lawmakers on both sides of the political aisle condemning the Trump administration for this decision and saying this is a great policy error. Why do you think this is happening now?

Stephen Lendman: It probably caught most people in Washington off-guard. I wrote two articles about Mattis leaving. I wonder whether he left voluntarily or he was forced; probably he left because he and Trump disagreed too often about too many things. in one of my articles I said that I don't know what's coming in after Trump's announcement about pulling US troops out of Syria and pulling 7 thousand US troops out of Afghanistan, but what I do know is that America's imperial agenda remains unchanged.

© Sputnik
Jailed Russian National Bout Says US Lawyers Bargained for 'Kremlin Corruption' Testimony
So, whether there're troops in Syria, or whether they are redeployed to Iraq or somewhere else in the region, or whatever else Trump may do or not do, America's imperial agenda featuring endless wars will go on unchanged. […] America's imperial agenda goes on, nothing will change whether Mattis is there or somebody else. No matter who is there, whether Trump is President or anybody else, America's imperial agenda featuring endless wars and aggression will go on. And it's very dangerous because we can end up at a path of WWIII, and if that happens it's a doomsday scenario. We may all be doomed.

Sputnik: What do you see happening to Donald Trump in the next year or perhaps couple of years? He is really under fire that's coming from so many sides.

Stephen Lendman: He is, but at the same time he is doing what the warmongers want, he is doing what the corporate people want; he is giving them everything they want and they're still bashing him endlessly. They bash him for the wrong reasons, not the right ones. […] If he goes too far supporting peace, they may appease him or they may kill him. One of the reasons Kennedy was assassinated was that he wanted all of the US forces out of Southeast Asia by the end of 1965 and that was intolerable for the warmongers in Washington. […] Trump will either go along with the war agenda, and the pro-corporate agenda and the police state agenda, or he is toast. That's the reason he is doing it. Whatever he knew or not about geopolitics, I think he is smart enough to realize that if he doesn't go along with the dirty system, they will get rid of him.

EXCLUSIVE: 'US Cannot Make Russia a Tool to Serve its Interests' - Lavrov