Author: Pick of Soros as Person of the Year 'Was a Shot in the Arm to the Left'

The Financial Times has named billionaire George Soros as Person of the Year. It said the selection of Soros comes due to the values that he represents. There have been mixed reactions to the announcement, with critics comparing it to TIME's selecting Hitler as Man of the Year in 1938.

Radio Sputnik discussed this with Jim Hoft, an American writer and founder of the Gateway Pundit blog.

Sputnik: In your view, why did The Financial Times choose to make George Soros person of the year?

Jim Hoft: Yes, this was a surprising pick for certainly many people in the West. George Soros has quite a reputation for disrupting and organising very radical groups across, certainly, the US and Europe. 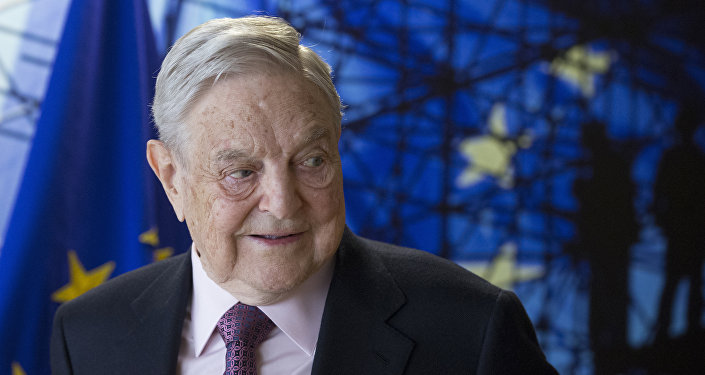 © AP Photo / Olivier Hoslet, Pool Photo
Financial Times Shamed for Naming George Soros Person of the Year
I think this pick of George Soros was a shot in the arm to the left and encouragement to the left in the US and Western Europe, giving them a little enthusiasm to continue their globalism and to continue their policies that have been very destructive, in my opinion, in the US and, certainly, in Europe.

Sputnik: The Financial Times' choice for person of the year is usually a reflection of their achievements. What achievements did Mr. Soros reach this year to get this title?

Jim Hoft: That's a great question, you know I live in St. Louis, Missouri, in the middle of America, and George Soros funded some of these protests we had here a couple of years ago in St. Louis, up in Ferguson, before these protesters burned down the business district and then burned it down again, a few months later in Ferguson, caused riots and disruptions for several months, and later it came out that Soros was doing some funding here. So he tends to support some of these very radical groups that are totally anti-American.

So it's very confusing to see that they would give a person like this an award. In the past year, he has been certainly singled out in Hungry and some Eastern European countries for his work there, trying to disrupt and trying to get more globalists elected, so maybe that's what they're looking at.

Sputnik: With the media outlet selecting Mr. Soros as a person of the year, what message does it send to the public?

They're not listening to the people or to the working people in their communities, but I think it's a grasp for power and I think they're very frustrated with the way the populist movement has been moving across Europe and America.

© AFP 2019 / ERIC PIERMONT
Scapegoat or Bully? Why EU Right, Erdogan and Facebook Gang Up on Soros
Sputnik: Some critics have compared this choice to TIME's naming Adolf Hitler as a man of the year in 1938. What's your take on that?

Jim Hoft: That's interesting, certainly Soros has a history with the Nazis, I don't know the exact truth about that, we've certainly seen a video of him speaking to 60 Minutes, a very popular US weekly TV-online magazine, where he admitted that he had done some work as a youth.

I don't blame him for that, he was just a child, but it's interesting that they would pick this guy. Again, his policies, certainly that I've seen, and I've been writing about Soros for years, have been very destructive; he's caused a lot of mayhem in the US and certainly in Europe.

Sputnik: You've mentioned the rise of populist and right-wing parties. In your opinion, what is the reason behind their success?

Jim Hoft: Well certainly in America, and I think the same things happening in Europe, the average person is seeing that the government is gaining more and more control, it's pushing policies that are very harmful to a lot of working Americans, working Europeans, policies that raise their energy rates; policies that force to jump through hoops constantly and I think the people are just frustrated, they want to have a voice. 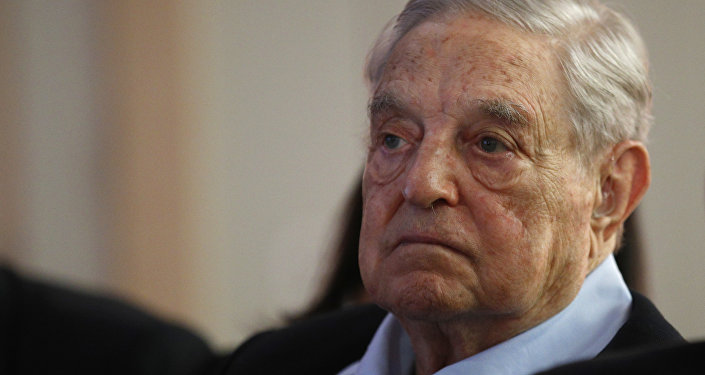 © AP Photo / Francois Mori
Soros Indirectly Gave $1 Million to Trump-Russia Collusion Dossier - Reports
It appears that these globalists, the leaders there don't tend to be listening to the people, they tend to be more punishing to people, and I think that's what everyone seems to be getting frustrated with.

Sputnik: So, this rise of right-wing parties and populists does not mean that people in general support these ideas, it's just that they want some change?

Jim Hoft: Absolutely they want some change. A lot of the economies are stalled out in the West and they see this political correctness, it's sweeping across Europe and the US, and these open borders; people are very frustrated with that.

Views and opinions, expressed in the article are those of Jim Hoft and do not necessarily reflect those of Sputnik