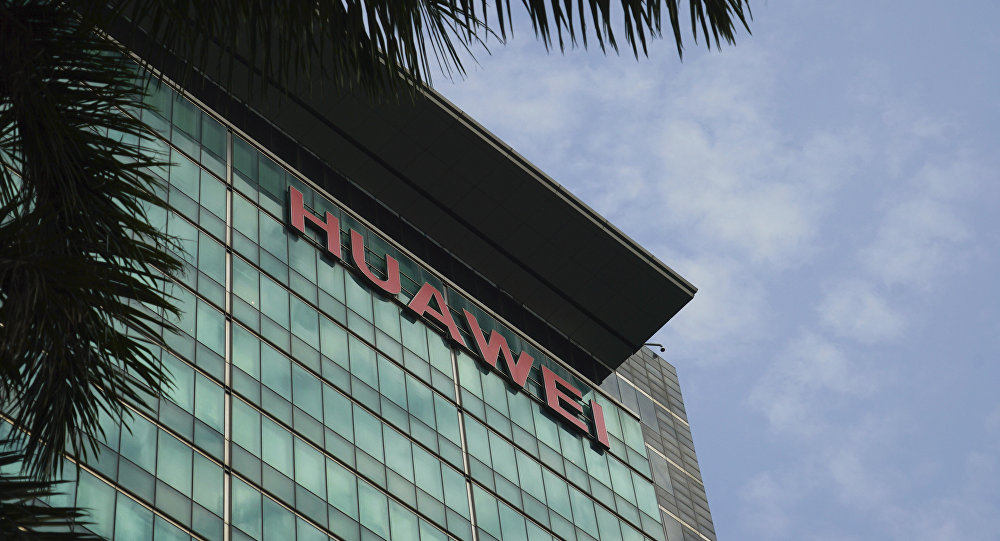 On Monday, the director of the Czech National Cyber and Information Security Agency, Dusan Navratil, stated that Huawei products are seen as a threat to the Czech Republic’s national security.

The statement follows a report published by the Czech intelligence agency last week, which mentioned the increased activity of Chinese intelligence services in the country.

Moreover, signatories to the treaty on signals intelligence, also known as "Five Eyes", have agreed to do their best to counter the global growth of Huawei.

Radio Sputnik has discussed this with Dr James Wang, professor at the Department of Economics and Finance at the University of Hong Kong.

Sputnik: A German watchdog has stated that its recent investigation found no proof that Huawei's network was less secure than that of competitors. How likely is it that Western countries are trying to push the Chinese company out of the Western market?

Dr James Wang: It is apparent to the naked eye that there is a considerable core coalition of politicians from many corners of the country that are pretty much are set on limiting China's ambition in the high-tech realm. And Huawei, being the pioneer, being the lead dog if you wish, of China's push into the high tech-world, therefore they became the bullseye.

Sputnik: So who benefits the most from this?

Dr James Wang: My opinion is that Samsung of South Korea probably would be in place to get the most benefit out of a situation where Huawei's considerable lead and patent positions in the 5G technology will probably most of it shift over to Samsung, I think.

Sputnik: So why is this interesting to the West? I mean these are Western countries that are trying to push the Chinese company out of the market, but why are they doing this not in favour of their own companies, but favouring, apparent from your commentary, South Korean Samsung?

Dr James Wang: Nobody dominates 5G yet and it is a very different situation. In the 2G, 3G eras in the past, American company Qualcomm, for example, by and large set the tone and set the standard for the industry. By the time of 4G, already some other international players entered the situation. And looking ahead a little bit, I am not a technology person, but talking to people in this field, in fact, there are multiple players. So it is my guess that out of a situation where the Europeans obviously would pick up for Nokia [and] Ericsson, Americans still have Qualcomm, Cisco, and even a consumer product player like Apple, would come into the picture. Samsung very much occupies the whole chain of high-tech semiconductor. So I think it will have a bigger space in that kind of a multiparty tug of war.

Sputnik: Now why is there such a focus on 5G? Why is this such a game changer and why is there so much competition to be the first to gain dominance in that area?

Dr James Wang: It is expected that the 5G will considerably revolutionise and expand the high tech development up till now. And what is going to be connected is not just the internet, the traditional terminals, like the PC and handheld cell phones, cars and many monitors, and even grocery shopping and all our experiences, navigation — would all be integrated. And people are talking about smart furniture and smart "this and that" and, of course, driverless vehicles. So all of these are coming into focus now and 5G plays a central role in the next phase of the internet revolution.

Sputnik: Is there no room for more than one leader in this field?

© AFP 2019 / FREDERIC BROWN
Canada Has Chosen “Soft” Scenario for Ending the Huawei Crisis - Scholars
Dr James Wang: Well, Huawei is trying to break into this "first tier" and they, by some estimation, got approximately 17 percent of the relevant patents. And clearly by that account, they should be counted as a fairly significant player, along with another Chinese company called ZTE; of course along with European, Korean, Japanese and, very possibly, US companies. However, it is a pretty sad situation right now: the so-called trade war between the US and China escalated into something more than that and national security reasons were cited, domestic legislation was used as a tool for arresting people in third countries. We hope that it doesn't get out of control.

Sputnik: Now prior to the arrest of Meng Wanzhou, Huawei was supposed to deploy Canada's 5G network. Do you think there is a connection between those events?

Dr James Wang: I don't know for sure, because I don't have any inside look at the situation, but there is this "Five Eyes" alliance that, according to news reports, the representatives of the five countries — the US, the UK, Canada, Australia, and New Zealand — actually had a lobster meal sometime in July and there was speculation that it was during that get-together that they decided that they were going to definitely put a stop to this rise of Huawei. As for Huawei's prospects in Western countries procurement programmes, I think it is very doubtful at this point.

Sputnik: What impact is all of this going to have on the global market and what changes can we expect from prices?

Dr James Wang: I think it is definitely a dark cloud in excess of the ongoing trade dispute, because this evidently goes beyond the boundaries of the traditional so-called trade dispute. We are talking about a very powerful government like the USA throwing its weight around to persuade and in some cases intimidate so-called allies into getting in line and getting into position to stave off any possible encroachment of Huawei, in their eyes, into their traditional domain of dominance.