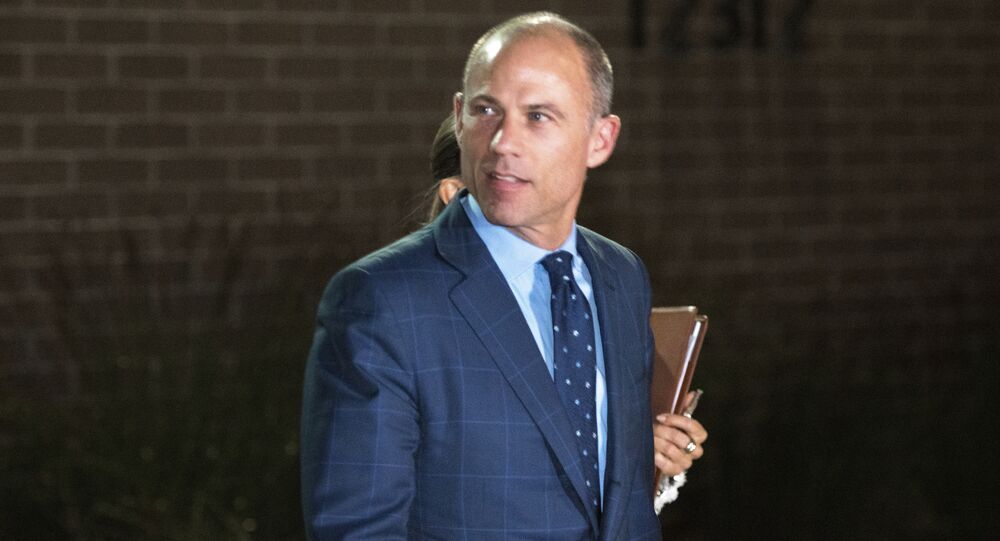 Michael Avenatti, the infamous attorney whose failure in court led to his client, adult film actress Stormy Daniels, being forced to fork up nearly $300,000 in legal fees to President Donald Trump, is now representing yet another political opponent of the president: one Alexandra Chalupa.

Chalupa was revealed as a key player in the Ukrainian government's interference in the US presidential elections of 2016. She was a little-known figure until a Politico investigation entitled "Ukrainian efforts to sabotage Trump backfire" was published in January 2017, revealing her role in the meddling campaign.

"Donald Trump wasn't the only presidential candidate whose campaign was boosted by officials of a former Soviet bloc country," that article began.

Chalupa was "targeted with baseless, bogus allegations, all designed to distract away from Trump's Russian collusion," Avenatti tweeted Friday. He said he is "investigating and pursuing legal claims against [Paul] Manafort, Trump and other affiliated individuals."

Avenatti's tweet linked to an article from the news website Vox by reporter Murray Waas, who, citing "a source with direct knowledge of the matter," writes that "the White House adopted Manafort's recommendation in the summer of 2017 to specifically target Alexandra Chalupa" for "allegedly working with Ukrainian officials to hurt Trump's candidacy."

"Despite a torrent of allegations, no evidence has surfaced that Chalupa or the DNC did anything wrong," the article flatly states. But Chalupa, an operative for the Democratic National Committee (DNC), admitted in her interview with Politico for its January 2017 article that she drew on her sources (private intelligence operatives, government officials and investigative journalists) in Kiev and Washington to help dig up dirt on Trump.

Political consultant Andrii Telizhenko told Sputnik News in September that while he worked at the Ukrainian embassy in Washington, DC, he'd been instructed to contact Chalupa if he had any dirt.

Chalupa even admitted to colluding with the Ukrainian embassy, which she "traded information and leads" with, and said that "the embassy also worked directly with reporters researching Trump, Manafort and Russia."

Chalupa reported to the head of communications for the DNC, who was handpicked by the Hillary Clinton campaign, and even held protests against Manafort. At one point she discussed Manafort with a "delegation of 68 investigative journalists from Ukraine."

In an email released by WikiLeaks, Chalupa promised she had "a lot more [dirt] coming down the pipeline."

"More offline tomorrow since there is a big Trump component you and [DNC Research Director] Lauren [Dillon] need to be aware of that will hit in next few weeks and something I'm working on you should be aware of."

Radio Sputnik's Fault Lines host Garland Nixon, a former law enforcement officer for 27 years, said, "I ain't Robert Mueller, but if I was Robert Mueller — I'm a former investigator — and if I was investigating this, I think it's pretty simple what happened here."

Fault Lines' co-host, investigative reporter Lee Stranahan, said "this is much worse" than what has turned up so far in the probe of the Trump campaign's alleged collusion with Russia.

"Well, there's evidence that this happened," Nixon noted, contrasting the material evidence of the DNC's collusion with Ukraine with the lack thereof in Mueller's probe.

"Let me tell you what Hillary Clinton did here," Stranahan said. "Hillary Clinton was collaborating with a government that she had helped put in place."

"The real scandal here is that the United States overthrew the democratically elected government of Ukraine," Stranahan said. "Then, they used the fact that they put it in place to get cooperation" in various lines of attack against Trump, Stranahan said.