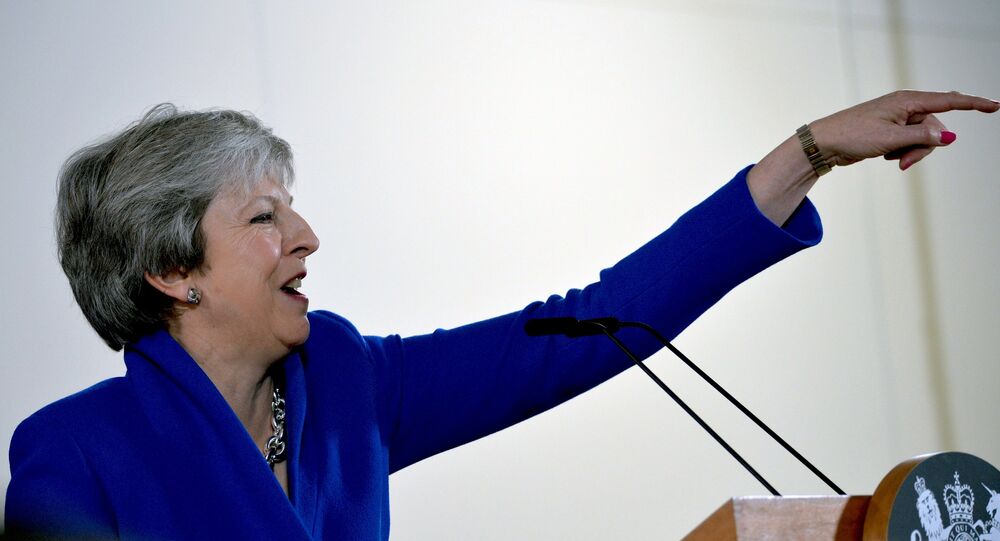 Sputnik: What did you make of the vote result?

Pete Durnell: To be honest I thought it would be around a hundred, and I thought she would claim that as a victory, whereas rational people would say if you've got more than a third of your party MP's against you then, you can't really have a mandate to continue and govern the party. She obviously thinks that's a great result and she's carrying on which is in keeping with how she's acted up until now.

© AFP 2020 / John Macdougall
LIVE UPDATES: PM Theresa May Confirms She Will Quit Before 2022 UK Election
Sputnik: With the concession that she won't lead into the next general election- when do you think she'll go and who should replace her. How interesting will it be to see who tries to jostle for favour in the party?

Pete Durnell: There is quite a good crowd isn't there, Sajid Javid will make his case, Dominic Raab possibly, obviously a few of the more remain leaning people will be interested, possibly Amber Rudd. You would like to think that when they come down to the final two and they do their votes to put to party members, you'd think there would be a proper Brexiteers and someone who wants want to remain to give the Grassroots a choice.

My concern is they'll end up with two who support Theresa May's deal or one that does and another who is an ardent remainer, which is effectively two, remain candidates. I believe the Tory Grassroots is massively in favour of leave. If they only get a choice of two who don't want to leave, then they'll be in a pretty bad position.

Sputnik: Will Theresa May get any clarifications from the EU with regards to changes over her deal?

Pete Durnell:  The best she's going to get is another lot of semi-legal waffle, that doesn't really stand up in court and everybody knows it wouldn't. I think she's in trouble, whatever she comes back with is going to get analysed by the legal people, and told to bring the analysis before parliament. Ultimately if it doesn't stand up as a legal case then basically it is worthless. I don't think they'll give her anything meaningful, they'll give her a lot of waffle and she'll bring it back. I don't see it changing anything or getting any further forward with it.