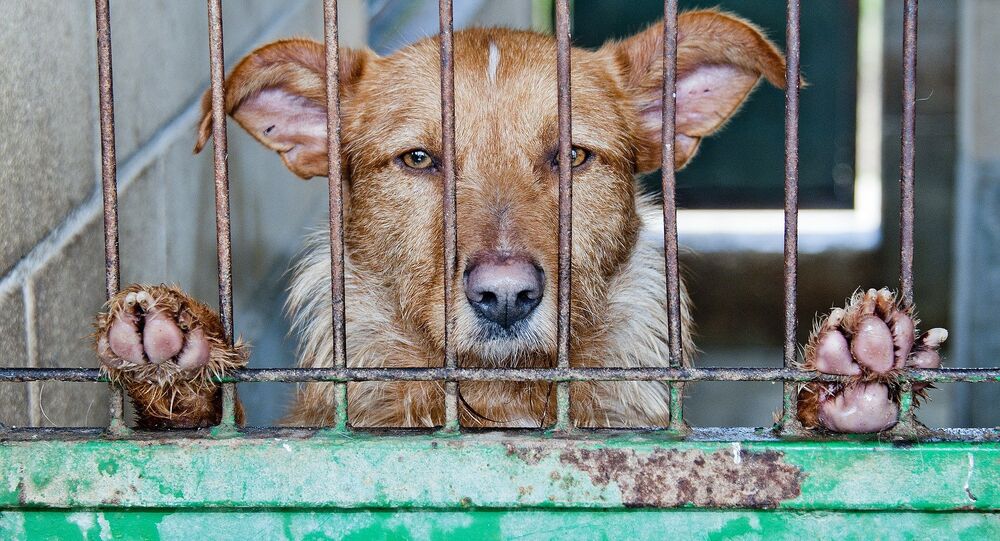 In Germany people won’t be allowed to adopt pets during the holiday season. Sputnik has spoken about this to Emily Birch, a Clinical Animal Behaviourist at Canine Consultancy.

Sputnik: What do you think of the ban?

© Photo : strider.gsd/instagram
Dog Days: German Shepherd Plays Dead to Keep From Going Back Home
Emily Birch: I think it's a really good idea and it's a good kind of start. I don't know how much of an impact it will make on dogs being abandoned after Christmas. Potentially it won't be that great, mainly because the general demographic of people who go to rescue centres to get a dog aren't the ones who then will turn around the next day and abandon them.

It's usually your puppy farmer and places where owners can go buy a dog within a day. There's no kind of questioning, no asking if they are suitable owners and the rest of it. I suspect the people who come to a rescue centre to get a dog are probably more responsible dog owners in the first instance. So how much difference will that make? I'm not entirely sure, but I think it's a good initiative.

Emily Birch: I would imagine that there are probably policies within rescue centres currently that stop people from getting a dog in the immediate Christmas period, because I imagine they would probably rehome them in the new year. So if a family came along and found a dog they really liked and wanted it for Christmas, I suspect, there is already a policy in a lot of rescue centres that would not rehome it until the new year. But I think that everything to raise awareness that a dog is for life and not just for Christmas is a good plan.

Sputnik: What else can be done to enforce the thought that a dog is for life, not just for Christmas?

© AFP 2021 / DANIL SEMYONOV
Animal Rights Fury: UK Retailers Exposed Selling Natural Fur, Claiming it's Fake
Emily Birch: I think it's education. I have two dogs and I love them with my entire heart. They are part of the family, but they definitely aren't easy. So on a rainy, horrible, miserable day, I still have to go and take them out, and we all will be soaking wet. Yes, they are man's best friend and, yes, dogs are incredible. But actually you will need to be ok about picking a poo, you'll need to be ok about exercising them, training them.

They require quite a lot of input, but I think it always comes down to education and educating the general pet-owning population that actually dogs aren't easy. You want man's best friend but actually, you have to put in a lot of training. And those lovely dogs you see walking alongside their owners, looking up at them lovingly, have probably put a lot of work in to get to that point. It's not that you just buy a puppy and it's your new best friend.

Pet Cemetery? Dozens of US Dogs Have Died Mysteriously After PetSmart Grooming