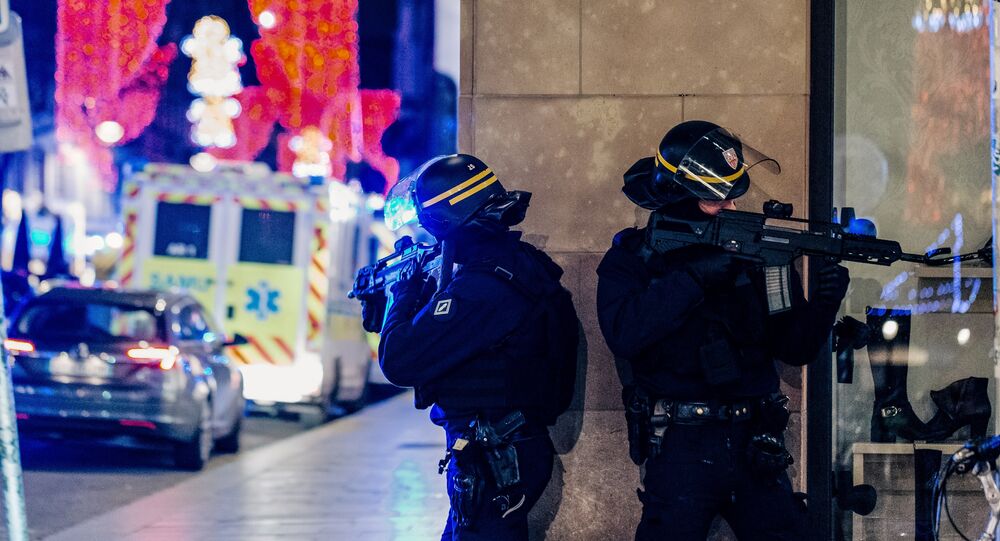 Right-Wing Activist: The More Migrants EU Takes, The Less Safe Europeans Will Be

Three people were killed and a further 13 were injured after a shooter open fired on bystanders at Strasbourg’s famous Christmas market. French police are conducting an operation across the city to catch him as he remains at large and on the run. Sputnik discussed the story with right-wing political activist and commentator Pamela Geller*.

Sputnik: Three people have been killed and further 13 have been injured after a 29 year old male open fire at bystanders at Strasbourg's famous Christmas market. What does this latest attack mean for the people of Strasbourg and France as a whole?

Pamela Geller: It shows that the more migrants that Europe takes, the less safe Europeans will be. As you know Christmas markets have been coming under attack, it's become a seasonal thing, and it's quite tragic because it didn't need to happen.

'Strasbourg Radicalized Killer' Could Already Be in Brussels – MP on Shooter
Sputnik: This is the most recent terror attack in the country after a series of high profile attacks occurred in different parts of the country. Does France have a problem with terrorism?

Pamela Geller: Essentially yes. It has a terrible problem with terrorism, and it falls on deaf ears. Anybody who opposes this migration is called a racist, islamophobic, anti-Muslim idiot; this is why you see the rise of the right which is the media generally portrayed as quite a negative thing. These are people who are standing up for their safety, their freedom and their country. This underscores the need for this mass migration.

Sputnik: What should we be seeing from the authorities to limit these attacks and ultimately protect bystanders and citizens as a whole?

Pamela Geller: As I said they need to curb this immigration immediately. You can see that this has become a pattern that shows jihadis are coming in with the migrants. How many people have to die before the authorities take some kind of action and reverse this policy; the UN migration policy now, they just don't stop. They just don't stop no matter how many people die. It's a form of suicidal madness.

*Pamela Geller is an American conservative blogger, right-wing political activist, and commentator. In the past, Geller has worked for such US media giants as New York Daily News and The New York Observer. Now she is known for her anti-Islamic views. In 2010, she launched a campaign against the construction of an Islamic community centre near the former site of the World Trade Centre, which was destroyed in the 9/11 terrorist attacks.