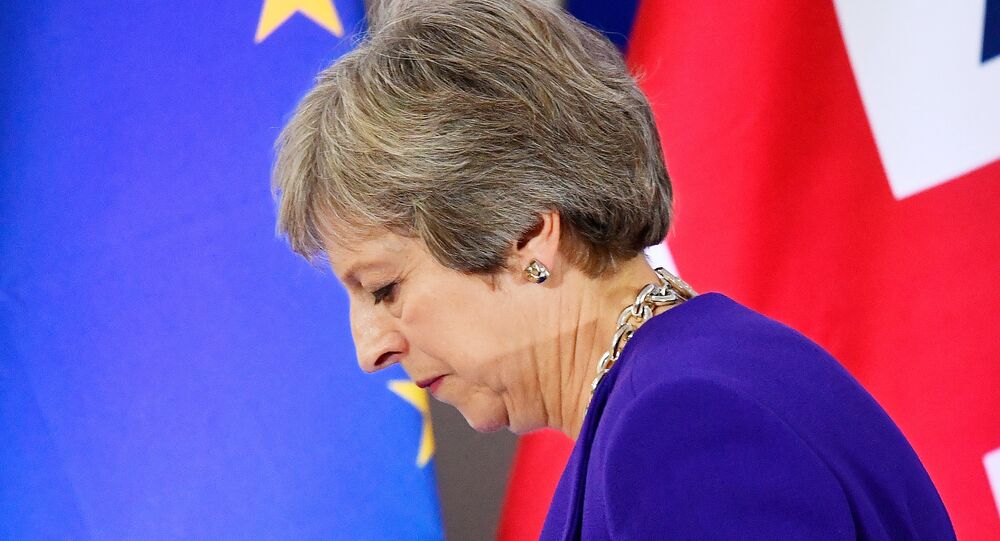 British Prime Minister Theresa May called off Tuesday's parliamentary vote on her Brexit deal after a conference call with cabinet ministers, an indication that she believes she would have faced a crushing defeat.

​"It [the situation in Britain] might even get more chaotic," Galloway told hosts John Kiriakou and Brian Becker.

"Although Theresa May has pulled the vote for fear of losing it by a substantial margin, the House of Commons has to actually agree to allow her to pull the vote. If there is a vote tomorrow, she will be overwhelmingly defeated. It's hard to believe that we are led by such dangerous incompetence," Galloway added.

The House of Commons vote, which will determine whether the terms for the UK's exit from the EU negotiated by May are approved or rejected, was originally scheduled to take place on December 11.

Earlier this year, May defended a draft Brexit deal in the UK parliament's House of Commons. The agreement faced criticism both from the opposition and the ruling party, with several members of May's cabinet resigning over disagreements with the deal. The United Kingdom voted to leave the European Union in a referendum in June 2016 and is expected to do so by March 2019.

"The instinct of the Conservative Party, which is a very successful party over centuries, would be to cling to power at all costs. The reshaping of politics is still a possibility, with the moderate party linking up with the right wing of the Labor Party and the other centrist parties that are already in parliament and forming maybe a [French President Emmanuel] Macron-type government. But that is looking less and less appealing by the day," Galloway said.

© CC0
EU Spokeswoman on Brexit: We Will Not Renegotiate the Deal

May is expected to face a leadership battle over the House of Commons' vote on the Brexit deal, as 48 no-confidence letters against May from members of her ruling Conservative Party could prompt her defeat, Sputnik previously reported.

Former UK Foreign Secretary Boris Johnson has outlined plans to renegotiate the Brexit deal with Brussels, while other former ministers have signaled their desire to challenge May's leadership, Sputnik has reported.

The Political Class have Betrayed Brexit and the People