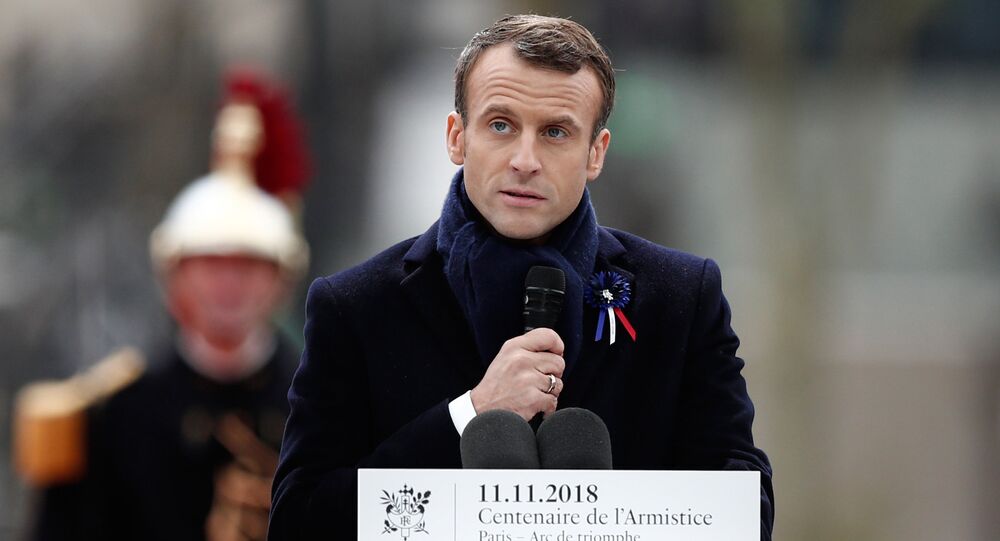 It seems that not a day has gone by in recent weeks without protests wrecking the streets of Paris, in response to President Emmanuel Macron’s economic policies. With the pressure mounting on the French leader, it is unclear that he can recapture his popularity and restore order in the troubled nation.

Sputnik: How can Macron and France overcome these protests? Is he the worst President in recent history?

© AFP 2020 / LUDOVIC MARIN
Analyst Reveals How Macron's 'Weak Position' Could Be Challenged by Protesters
Dr Oliver Davis: The green taxes that Macron ramped up and that have now been kind of postponed for at least a year, were already agreed by his predecessor Francois Hollande, so he was in a sense only implementing Hollande's policy in that regard.

I think a lot will depend on what concrete proposals he can bring forward in his address to the nation this evening, as to whether he survives the crisis, or whether he can, in fact, increase his popularity after this.

Sputnik: Do you think he could win another election?

Dr Oliver Davis: If we look at the second round of the Presidential election; the challenger was Marine Le Pen, but I think If there were to be fresh elections, if the left could get its act in gear and unite around a single programme and a single leader, then they would have a reasonable chance as a united left, of defeating Macron's centrist or centre-right agenda.

READ MORE: Independent Analyst: 'Nothing Macron Can Say Will Change the Course of Protests'

Sputnik: Is Macron truly a centrist?

Dr Oliver Davis: Macron is clearly a centrist in some respects; although there are voices on the left who would argue that his programme of economic reforms, his neo-liberalising programme that seeks to encourage external investment, by making it easier to hire and fire French workers, by corroding their employment rights and by reducing corporation tax and taxes on the super-rich, some would argue that; although it is presented as a centrist agenda, it's, in fact, a conservative agenda masquerading as centrist.