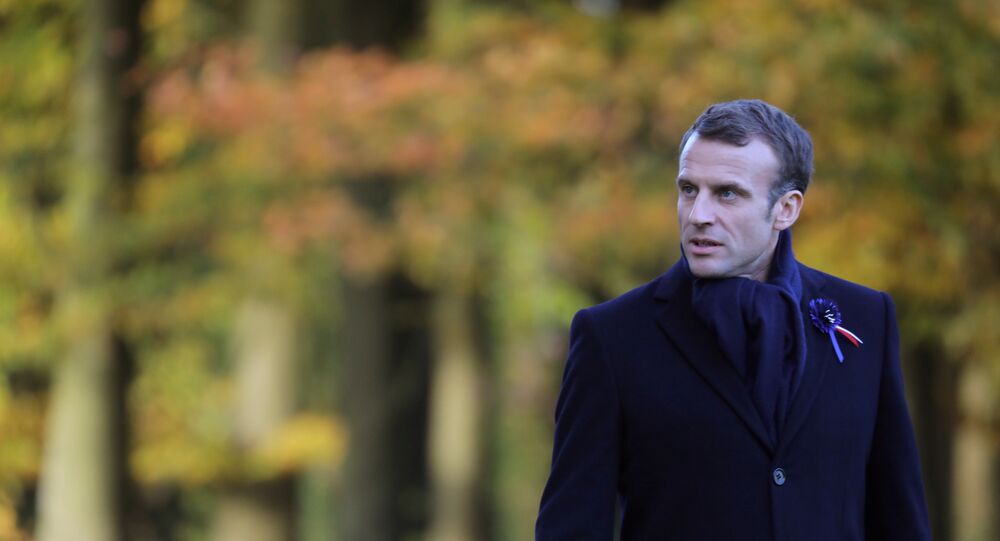 Analyst Reveals How Macron's 'Weak Position' Could Be Challenged by Protesters

Despite the fact that the French government has decided not to increase the national fuel tax in 2019, Paris has been rocked by four weeks of violent protests and clashes organised by the Yellow Vests movement. Sputnik has discussed the unrest and prospects of holding a no-confidence vote with Yannis Koutsomitis, a political and economic analyst.

Sputnik: According to recent polls, 77% of the French people support the Yellow Vests movement. Despite authorities having made concessions, is there a chance that these protests could continue?

Yannis Koutsomitis: It is quite likely that the protests will continue for some time, as the real aim of the protesters was not just the abolition of the new fuel tax but the complete reversal of Macron government's economic policies and reforms.

Yannis Koutsomitis: My understanding is that the French government will use a 'stick and carrot' approach. They announced the complete cancellation of the new fuel taxes and they may announce some incentives for youth unemployment. On the other hand, I will try to crack down the violent part of the protests.

Sputnik: The Yellow Vests are openly supported by several leaders of the main political parties and political movements: from the left and the centrist to the right. Which political party will benefit in the end?

Yannis Koutsomitis: This remains to be seen. Both the Left and the Right suffer from low popularity of their leadership. Mr. Melenchon and Ms. Le Pen have been hit by financial scandals and are largely seen as failed leaders. In urban areas, the Left may capitalise more of the momentum, while in rural areas the Right has an advantage.

© REUTERS / Benoit Tessier
LIVE UPDATES: Clashes, Tear Gas in Paris as Yellow Vests Protests Rock France for 4th Week (PHOTO, VIDEO)
Sputnik: Macron’s approval rating has dropped to a new low of 23%. The French parliament’s left-wing parties are set to discuss a vote of no confidence. Is there a chance that Macron might resign?

Yannis Koutsomitis: This is very, very unlikely. Macron is a very determined politician and I don't see him resigning over the protests. He will definitely try to reverse his low popularity but It will be a very difficult task. The main problem is his personality that is seen by many French people as arrogant and intolerant, and that's not easy to fix.

Sputnik: Will any leader of a French political party assume leadership in the protests? How would the protest movement change, if that were to happen?

Yannis Koutsomitis: I don't see any specific politician leading the protests. The opposition right now lacks a politician with the power to lead the protests. Maybe a leader may emerge from within the protest movement but I don't see that happening yet. If the protesters succeed in distancing themselves from rioters, they have much to gain from Macron's weak position.