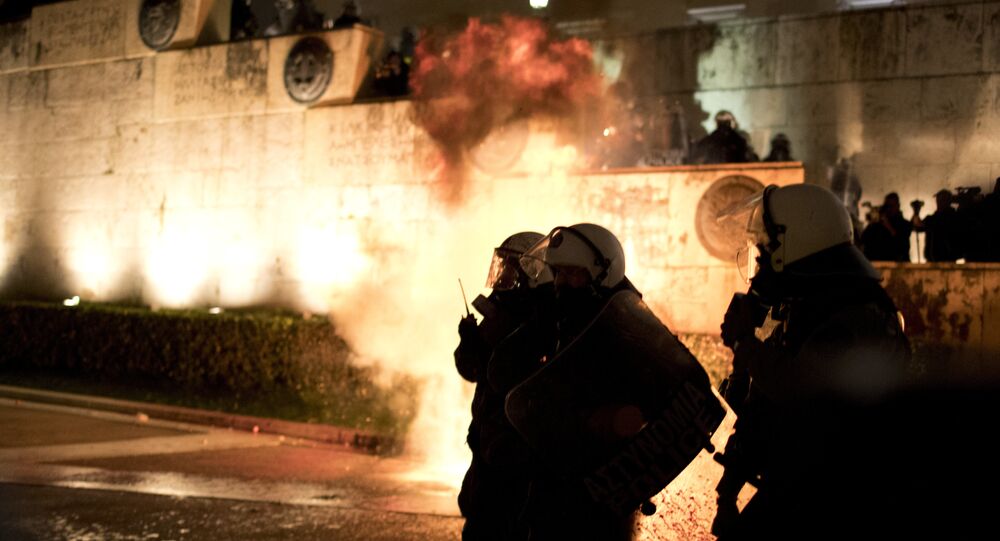 Scores of protesters clashed with riot police in Athens on Thursday, on the tenth anniversary of the killing of 15-year-old Greek student Alexis Grigoropoulos at the hands of police. Why have annual marches marked the death of the teenager turned violent?

Sputnik spoke to Stavros Mavroudeas, Professor of Political Economy at the University of Macedonia in Thessaloniki, for more insight on the issue.

Sputnik: Why are Greek citizens so determined to celebrate the memory of Alexis Grigoropoulos?

Stavros Mavroudeas: Because of political reasons.

But political will cannot stand on its own: forces in the Left are keen to preserve this anniversary, but you cannot preserve an anniversary simply on political will. So they are underlying problems in the Greek society that keep the memory of that person alive.

Stavros Mavroudeas: The violence comes from a minority, the Black Bloc. The Black Bloc considers the Grigoropoulos case as its own property – which is quite ironic, given that they are mainly anarchists, and they are supposed to have a problem with property.

They are acting for their own purposes that give rise to violent acts.

But apart from them, the memory of the incident is very alive in the youth, particularly in the student youth.

Sputnik: Does Greek police have a problem with the demonstrators and especially with rioting youth?

Stavros Mavroudeas: The youth is most severely hit by the crisis, particularly nowadays. So social disorder comes from parts of the youth, and of course this brings to wrath of the police, which is pretty undisciplined.

The police contains extreme right sections; it is under pressure from successive governments to subdue unrest in segments of the population that are in revolt. It is typical in such cases that the police exhibits brutality and arbitrariness.

Sputnik: Can the Greek government do anything to quell the unrest?

© Flickr / Jubilee Debt Campaign
'Catastrophic Effect': More Austerity Measures Could Force Greece to Exit the EU
Stavros Mavroudeas: They cannot do anything, and probably they are not willing to do anything regarding the fundamental causes of such eruptions.

There is no exit from the crisis, out of all social strata the youth is in the worst condition, and SYRIZA and the New Democracy – which are the main contenders for government – are both lackeys of the European Union, and are pursuing the same austerity policies with only minor differences.

So I don’t see that any Greek government, in this particular moment of time and coming from these parties, can do anything serious to alleviate these problems.

Views and opinions expressed in this article are those of Stavros Mavroudeas and do not necessarily reflect those of Sputnik.