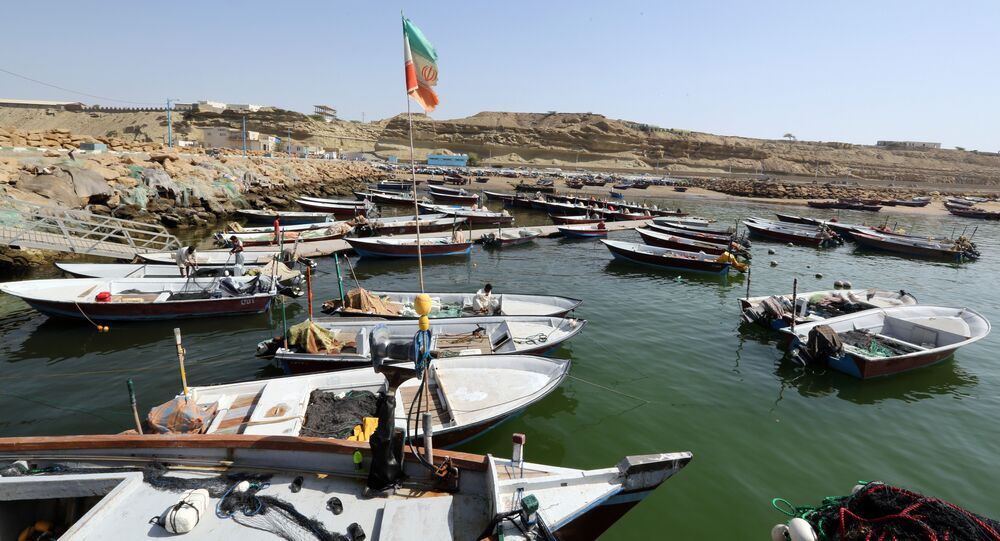 Thursday's terrorist attack on the police headquarters in the southeastern Iranian port city of Chabahar killed at least three people and wounded another 40. According to Iran's Press TV the so-called Ansar al-Furqan terrorist group later claimed responsibility for the assault.

Political scientist and Professor Pir Mohammad Mollazehi from the University of Tehran told Sputnik that one of the reasons for the Ansar al-Furqan attack is revenge on Iranian law enforcement officers for the murder of their leader. He also explained who the militants in this group are and why Chabahar was their target:

"Ansar al-Furqan is a group of militants that split from the Jundallah terrorist organisation, which was divided into several groups. Militants from Ansar al-Furqan formed a camp in the difficult to reach mountainous region in the province of Sistan. Last year, this group was attacked by the Iranian security forces, and its leader — Jalil Qanbar-Zahi — was killed. Perhaps this is the reason for their revenge on the Iranian military in Chabahar".

Professor Mollazehi said that the economic inequality in the region also plays a big role in helping terrorists recruit new members, especially among the younger generation.

"Chabahar is a port city with a Free Trade-Industrial Zone. This feature has actually divided the city into two social classes. There are rich businessmen in the region, and there are also many residents who live below the poverty line; they live in slums. In fact, Chabahar has the most slums of the country — the lumpen region. This provided the terrorist group with the opportunity to abuse the social situation and ideologically influence young people, recruit them into their ranks, and to oppose the current state structure of Iran".

The professor also explained that the Ansar al-Furqan Sunni Muslim militant group is from the Balochi tribe.

"They believe that Iran, as a Shiite country, ignores the rights of Sunnis, and they therefore do not receive government support. It is the existing class gap in the society of this region that in many ways has opened the door to the activities of militants from the group".

"There is another terrorist group that could also have committed the attack. This is the Jaish al-Adl group, which is also active in that region, although its militants more often operate in the border zone.

© Photo : YouTube/PressTV
Number of Victims in Car Bomb Blast in Iran Rises to 42 – Reports
The militants from these groups aimed at attacking the security forces' headquarters and the Iranian armed forces located in Chabahar, but Iranian police managed to stop the vehicle filled with explosives, and the bomb exploded on the street. As a result several police officers from this unit and pedestrians, including a woman and a child, were hurt".

When asked about Ansar al-Furqan's connection to the Balochi tribes of Afghanistan or Pakistan and operating with outside support Professor Mollazehi told Sputnik that these groups need safe training bases that are usually located in neighbouring countries.

Mollazehi also noted that Iran's Sistan-Baluchistan region has a common border with Pakistan, 980 kilometres-long and that Pakistani authorities can't provide full security along it.

"Baluchistan is divided into three parts, one of which belongs to Iran, the other to Pakistan and the third to Afghanistan. Pakistan has serious problems with security control in Kashmir and on the border with India, as well as in the area of the Durand Line (an almost unmarked 2,640 km border between Afghanistan and Pakistan — Sputnik). It does not control most of the borders with Iran, and therefore allows Ansar al-Furqan and Jaish al-Adl* to create so-called bases in these areas, away from Iran.

© Photo : @yjcagency/twitter
WATCH Plumes of Smoke Rise Over Iranian City of Chabahar After Blast
These terrorist groups operate in Pakistan's Baluchistan, where there is an army of liberation that acts against the Pakistani authorities. Therefore, Pakistan cannot fully ensure the security of all its borders and has placed this burden on Iran's shoulders".

The scholar said he believes that the Ansar al-Furqan militants's main base is not located in Iran, despite their claims that they act only in Iran.

"This group is likely to have a training base in Pakistan — in the region where the Pakistani central government does not control the security situation or simply does not pay enough attention to this issue in the region. In fact, the presence of such a zone uncontrolled by anyone allows Ansar al-Furqan militants to freely exist there", Mollazehi concluded.

*Jaish al-Adl - formed in 2012, was founded by members of the Sunni extremist group Jundallah (Soldiers of God). It has carried out attacks on Iranian security forces in the southeastern province of Sistan and Baluchistan.

The views expressed in this article are solely those of Professor Pir Mohammad Mollazehi and do not necessarily reflect the official position of Sputnik.