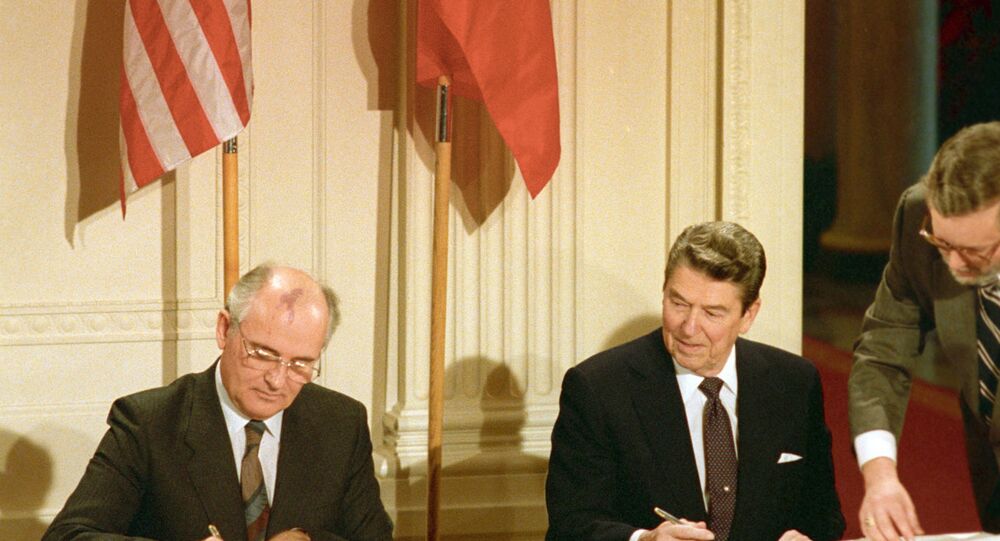 "The treaty is technologically dated and increasingly irrelevant… the emergence of newer technologies that can deliver nuclear payloads from mobile and fixed ground launchers really requires a new treaty," Kwiatkowski, who is also a former US Air Force lieutenant colonel, said.

Ministry of defence of the Russian Federation
Russia's Immediate Return to INF Compliance Would Be 'Best Outcome' - Mattis
Russia has repeatedly denied US claims that it breached the treaty's terms. In fact, Russia has repeatedly complained that the US Aegis Ashore systems in Europe violate the treaty because they are equipped with launchers capable of firing Tomahawk cruise missiles at intermediate ranges.

Kwiatkowski said the INF has also been rendered out of date by major strategic changes including the expansion of NATO and the hasty absorption of former Warsaw Pact countries into the Western alliance.

The ultimatum could also ignite talks that can lead to a new multifaceted treaty aimed at controlling a larger set of destructive weapons, Kwiatkowski said.

READ MORE: US Official: 60 Days Given to Russia on INF Treaty 'Not Ultimatum'

On Thursday, the US State Department said Russia must eliminate or modify its 9M729 missile system because its range allegedly violates the INF treaty, which bans ground-launched ballistic and cruise missiles with ranges between 500 and 5,500 kilometers (311 to 3,417 miles). Earlier this week, Secretary of State Mike Pompeo gave Moscow 60 days to comply with the accord or the United States would suspend its treaty obligations.

© AP Photo / John McCutcheon
US Attempt to 'Bury' INF Treaty Creates New Risks for Europe - Lavrov
Russian President Vladimir Putin told reporters on Wednesday that if the United States believes that it should have weapons banned within the INF Treaty, then Moscow will follow suit. Putin also said the United States has still not provided any evidence to back allegations that Moscow has violated the treaty.

In a Time magazine essay published on Wednesday, former Soviet leader Mikhail Gorbachev, who signed the INF with US President Ronald Reagan in 1987, said one of his main accomplishments with the United States was the effort to destroy thousands of strategic and tactical nuclear weapons, historic results that were now at risk as the world faces a new arms race. Only US-Russian joint efforts can avert a devastating war and restore a more just and human world order, the former Soviet premier concluded in the essay.